How Worried Should We Be About Boston University’s Gain-of-Function Covid Virus That Kills 80% of Mice? 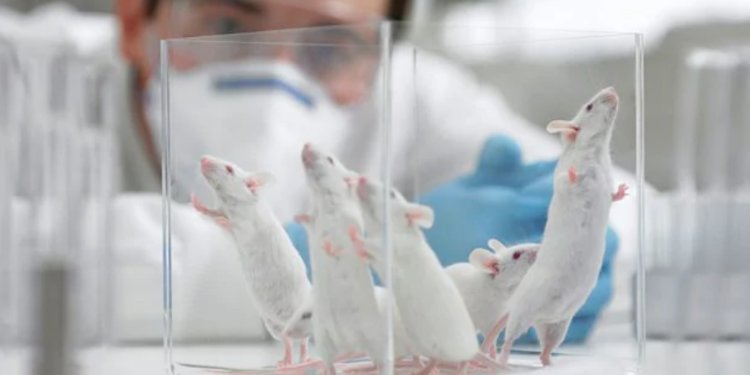 This week, Boston University found itself at the centre of scorn over claims its laboratories were engineering a “SARS-CoV-3” virus that would (hypothetically) put humanity one lab-leak away from a renewed Covid pandemic.

Boston University leadership should not be shocked by the widespread condemnation of this experiment. It has its own hubris to blame: steamrolling neighbourhood opposition to the urban placement of America’s National Emerging Infectious Diseases Laboratories (NEIDL), through which BU amasses lucrative research grants. As the philosopher Spider-Man has said, “with great power, there must also come great responsibility.”

In this case, BU exhibits power, but avoids responsibility. The National Institutes of Health (NIH) is examining whether these experiments should have triggered a federal review as ‘gain of function’ with SARS CoV-2’s gaining new or enhanced abilities, which NIH deems “inherently risky”. Boston University says it “did not have an obligation to disclose this research”, despite having received federal NIAID funding which BU states was only for “tools and platforms” used by the scientists.

“We take our safety and security of how we handle pathogens seriously, and the virus does not leave the laboratory,” noted NEIDL’s Dr. Ronald Corley. Cynics might point out that as recently as 2018, the Wuhan Institute of Virology (WIV) touted that its work “held the secret to preventing epidemics”. NEIDL has (probably) released fewer unintentional pandemics than WIV, so there’s that.

NEIDL can be seen as either a bulwark against – or conversely, a conduit for – bioterrorism. NEIDL houses the Level-3 Biosafety Lab (BSL-3) of this trans-viral graft experiment as well as one of the rare US BSL-4 laboratories, intended for studying the deadliest transmissible diseases, such as Ebola.

Lab-coat scientist researchers are not selected or rewarded for political acumen, nor should they be. Actual wet-lab work often embodies the phrase by which physicians tease anesthesiologists: “99% boredom and 1% panic” – but, without the panic. Instead, researchers have their 1%-portion comprised of the brief, refreshing glory on the occasion of publishing consequential results – the news of which usually stays within a small coterie of PhDs cognisant of the technical ‘twin-speak‘ pertinent to the narrow focus of the experiment performed.

Upending the news cycle, bringing fear and then furor to a Covid-weary populace, and a posse of paparazzi upon itself is not the usual modus operandi of researchers releasing a preprint dryly titled (as they often are): “Role of spike in the pathogenic and antigenic behavior of SARS-CoV-2 BA.12 Omicron“. Boston University’s Mohsan Saeed (et al.) ‘buried the lede‘ by not communicating clearly having formed a SARS-CoV-2 mutant through chimeric graft of Omicron spike onto SARS CoV-2.

The researchers’ insularity is evident in their not predicting that producing novel camouflage for the pandemic’s perpetrator would be sufficient cause for all hell to break loose. Given Dr. Saeed’s interim disappearance from the scene, it is assumed notoriety was not the researchers’ actual intent. His additional lack of communicating the societal need for a rejiggering of COVID-19 spare parts into a new mutant strain is its own problem.

NIAID says that the BU should have communicated in advance the purpose and nature of the study. BU responds that it did not have to because the primary funds were from BU itself. Medical ethicist Dr. Arthur Caplan says, “the entire research community would benefit from better communication.” Perhaps even earlier “better communication” might have obviated the experiment itself.

By focusing so intently within the micro-world, it’s perhaps forgivable virologists lose sense of the macro. Conversely, the general public has earned every right to be twitchy and tetchy over ‘gain of function’ engineered augmentations to SARS-CoV-2 after the many millions of excess deaths following what many suspect was a Wuhan lab leak.

The Daily Mail’s story headlined “‘This is playing with fire – it could spark a lab-generated pandemic’” had this graphic stating the mutant strain has an 80% kill rate.

Sensationalism definitionally entails shocking language at the expense of accuracy. Corrections are therefore in order:

This specific type of work was performed in an appropriate BSL-3 laboratory, and was technically legal even it encompassed ‘gain of function‘ work. There had been a moratorium in the mid-2010s on such potentially dangerous work within the United States, but that was repealed in 2017. The rationale for reversing the moratorium was similar to that of any military’s maintaining and testing weaponry and engaging in wargames: “Researchers deliberately make viruses more dangerous to help prepare better responses to outbreaks that might occur naturally.”

Ostensibly, the moratorium was lifted to keep us safe; however, it was instituted for the very same reason, in 2014, to curtail scientists’ juicing up avian flu.

In 2011, Fouchier and Kawaoka alarmed the world by revealing they had modified the deadly avian H5N1 influenza virus so that it spread between ferrets (animals used for their similarity to humans’ influenza response). Critics worried a souped-up virus could spark a pandemic if it escaped from a lab (accidentally or as bioterror).

The flip-flopping in allowing gain of function research points to the dual needs in relation to such cutting edge science. Even as the moratorium was lifted, there were rules about the flow of information on gain of function experiments. Open communication is a prerequisite to scientific innovation but also can provide ready blueprints for any intrepid bioterrorist. An additional complication is that almost every study in the U.S. receives federal funds, creating a loophole of having to divulge sensitive results through any given FOIA request.

It is uncertain if BU’s newly chimeric COVID-19 mutant could qualify as a bio threat. Personally, I think not. Almost every one of its mutations is less efficacious than the parent. Viruses go through trillions in order to adapt sequentially to changing immune systems amongst the host. That researchers would come up with a highly dangerous one on the first try seems unlikely. In any event, there is vast natural immunity to Omicron and natural and vaccine immunity to ancestral SARS-CoV-2, COVID-19.

So what was the purpose of the BU NEIDL team? Since poor communication seems to be a thread throughout this story, it is perhaps no surprise that this preprint’s abstract section lacks clarity – and features instances of ‘begging the question’.

The recently identified, globally predominant SARS-CoV-2 Omicron variant (BA.1) is highly transmissible, even in fully vaccinated individuals, and causes attenuated disease compared with other major viral variants recognised to date. The Omicron spike (S) protein, with an unusually large number of mutations, is considered the major driver of these phenotypes. We generated chimeric recombinant SARS-CoV-2 encoding the S gene of Omicron in the backbone of an ancestral SARS-CoV-2 isolate and compared this virus with the naturally circulating Omicron variant. The Omicron S-bearing virus robustly escapes vaccine-induced humoral immunity, mainly due to mutations in the receptor binding motif (RBM), yet unlike naturally occurring Omicron, efficiently replicates in cell lines and primary-like distal lung cells. In K18-hACE2 mice, while Omicron causes mild, non-fatal infection, the Omicron S-carrying virus inflicts severe disease with a mortality rate of 80%. This indicates that while the vaccine escape of Omicron is defined by mutations in S, major determinants of viral pathogenicity reside outside of S.

Omicron is milder – and its spike protein is structurally different enough from the ancestral Wuhan strains that an mRNA vaccine to SARS CoV-2 does nothing to protect mice from Omicron. This is somewhat immaterial because Omicron doesn’t make these mice sick in the first place (basically the same situation as with humans). So, with research funding in hand, what are we going to do? Let’s put an Omicron ‘Halloween mask’ on the dangerous Wuhan strain! How many mice will die? A lot, nearly 80%. That’s sounds really bad, but we forgot to mention (in this abstract) that Wuhan strain without the Omicron-spike mask kills 100% of these mice, which sadly are canaries in a coal mine, engineered to die from SARS-CoV-2. Conclusion: the stuff inside the SARS-CoV-2 envelope is the really bad stuff. With its very own original spike protein it’s more dangerous, but what did we expect? We just made a virus that’s different from a fairly dangerous one and it’s not quite as dangerous.

Thus restated, it becomes difficult to ascertain the genuine need for doing this experiment (whose results seem obvious, predictable and axiomatic). Einstein favored Gedankenexperimente (‘thought experiments’) using conceptual rather than actual experiments in creating the theory of relativity. There’s nothing like the ‘real thing’, but I’m imagining 99% of virologists could have foreseen a conclusion similar to this without having done any of the study. Moreover, most would not have seen a real point in doing this study in the first place. Of course, getting paid and churning research grants can help provide motivation.

Even without the researchers’ having read my own article “Is it Time to Accept That Omicron is not COVID-19?” in The Daily Sceptic, September 25, 2022 – they should still have had enough information to know Omicron (despite its Greek letter) is not a SARS CoV-2 variant nor lineal genomic or genetic descendent. Such information was easily available January 2022. With this in mind, the highlighted portions make little sense and the purpose of the study even less.

One virologist offered these criticisms of the preprint’s study (in confidence):

All products and methods of technology (e.g. nuclear power, mining, fossil fuels) are variously considered ‘double-edged swords’. So too it is with these studies. There are potential benefits and potential risks. In this particular case, were the risks worth it? Was the study appropriately directed and was the information gleaned worth the global consternation? The answer to both is ‘no’.

“It’s not like they made this monster virus, that’s a complete misinterpretation,” states infectious disease specialist Dr. Daniel Kuritzkes. “Researchers compared the ancestral version, Omicron, and a combined version of the two to research what piece of the virus dictates how sick a person will get. What we see in animal models does not translate directly to what we will see in humans. The labs are extraordinarily careful in how they do these experiments. There are strict protocols in place to make sure that nothing produced in the lab is released into the environment.”

My assessment is that this is more ‘tempest in a teapot’ than monster – although Dr. Frankenstein’s methods and ethical issues find resonance here. That there is a federal investigation into this case is interesting for the side reason that it seems an admission against its own interest, namely to the possibility that virology laboratories can potentially leak mutant strains. Who would’ve thought? For so long, it was all but forbidden to consider such a possibility for China’s WIV, even though ancillary evidence is nearly conclusive it occurred.

Dr. Randall Bock is a primary care physician near Boston, Massachusetts, and the author of Overturning Zika. Read his blog and follow him on Twitter.