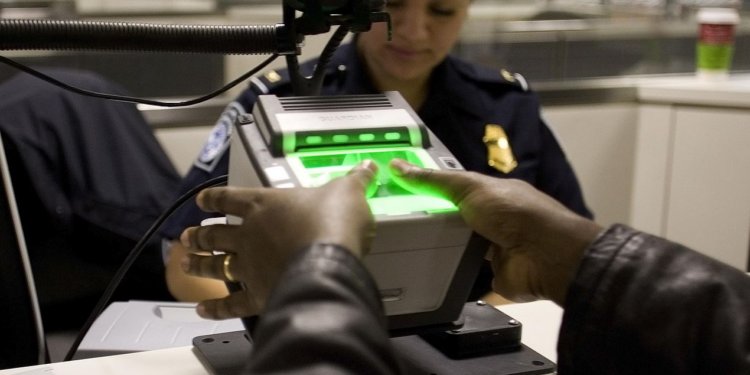 As of May 2023, the EU is to start demanding holidaymakers’ biometric data at its borders, greatly increasing both the level of surveillance in the bloc and the length of delays at transport terminals. Silkie Carlo sounds the warning in the Telegraph.

Brits hopping across the Channel will first have their fingerprints and photos taken. The new mass data-gathering scheme, which will go live in May, is part of the evolution of a so-called ‘Smart Border’.

But there is nothing ‘smart’ about the plans. The data grab has been justified by the aim of improving detection of dangerous travellers, finding vulnerable people, and reducing fraud, but it comes at an eye-watering cost to liberty and logistics. The border plans have been rightly described by civil society groups as “disproportionate and unnecessary”, while the Port of Dover’s boss has warned of “significant and continued disruption for a very long time”.

All travellers aged over 12 will need to be biometrically logged, creating an EU datastore loaded with hundreds of millions of people’s unique personal data. The EU is demanding not only a U.S.-style set of four fingerprints, but facial images too. Holiday-makers’ personal information will be mixed in with eventually billions of pieces of data, spanning photographs, palm prints, DNA records and facial biometrics, to which controversial recognition algorithms can be applied. This may be the biggest biometric data collection operation in European history. What could possibly go wrong?

Too many of our European friends have an indifferent attitude to the emergence of a data-hungry superstate – over 1.7 billion EU Digital Covid Certificates were issued during the pandemic – but even those falling out of love with liberté must be concerned about the disastrous impact on tourism and transport. The Big Brother-style EU border checks are estimated to take seven times longer than checks today and the tailback at Dover could grow by 19 miles – roughly the distance of the Channel crossing itself.