A Look Back at the Demonisation of the Unvaccinated 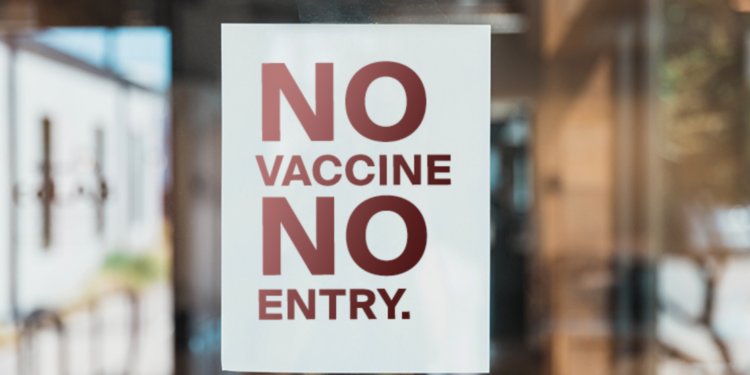 Social media has been in an uproar since a Dutch member of European Parliament posted a video of a hearing in which a Pfizer director admitted the company never tested whether its Covid mRNA vaccine prevents transmission prior to its approval for emergency use.

Though the fact that Covid mRNA vaccines do not prevent transmission was, of course, abundantly clear from the data soon after their implementation, this myth was a primary justification for vaccine passes, and a primary cause of the unprecedented vitriol launched at those who refused Covid vaccines throughout 2021 and continuing through today.

Not only did governments exert this pressure through policy, but in many cases politicians and officials used their office to deliberately stoke the social stigmatisation of the unvaccinated. Here’s a look back at some of the unprecedented vitriol that was launched at those who refused Covid vaccines from 2021 and beyond.

Officials in many jurisdictions proposed making the unvaccinated pay more for healthcare.

In Victoria, Australia – where lockdowns were longer than in perhaps any other city in the world – one politician proposed cutting the unvaccinated out of the national health system entirely.

A particularly disturbing idea that began to gain serious traction among the elite commentariat was to have hospitals triage emergency care to serve the unvaccinated last, or even denying healthcare to the unvaccinated entirely – a fairly clear-cut crime against humanity.

One vocal proponent of the idea of triaging emergency care to disfavour the unvaccinated was David Frum, Senior Editor of the Atlantic, most famous for his outspoken support for the invasion of Iraq. When his infamous tweet on the subject sparked an uproar, Frum doubled down.

Piers Morgan agreed that the unvaccinated should be denied emergency care.

Shockingly, this appalling idea of triaging emergency care based on vaccination status is still being proposed to this day.

The demonisation of the unvaccinated was, of course, far from limited to healthcare. Vilifying the unvaccinated became a kind of illiberal fad among the elite commentariat. The U.S. CDC even paid screen writers and comedians to promote Covid vaccines, which in some cases involved paying them to mock the unvaccinated.

In a bout of recidivism to the early 20th century, Austria and Germany introduced the chilling concept of “lockdown for the unvaccinated”.

“Lockdown for the unvaccinated” gained traction in the English-speaking world as well.

Most countries, cities and states across the Western world introduced vaccine passes that their own citizens had to show in order to partake in daily life. The World Health Organisation published an extensive document on implementing a digital vaccine pass system, including an international vaccine status registry and instructions on how to later revoke someone’s vaccine pass.

The most dystopian of these vaccine pass systems was in Lithuania, where the unvaccinated were banned from nearly all public spaces and employment outside their homes; the few shops where they could purchase essentials had to post large red signs on their doors indicating that unvaccinated persons could be present.

And of course, who could forget Justin Trudeau’s classic fuhrer-style rant about having to share public transportation with the unvaccinated, despite Government documents later revealing that he had no science to back any of these claims.

Like so much of the response to Covid, these vaccine passes and the illiberal fad of stigmatising the unvaccinated was unscientific, unprecedented, ineffective, totalitarian, brutal and dumb.

It was never remotely realistic for any government to expect every single person to get vaccinated, especially when the vaccine in question involved a novel genetic-based therapy. Thus, these proposals to impose draconian hardships on those who refused Covid vaccines would inevitably involve the state imposing draconian hardships on a sizable portion of the population.

According to former Harvard epidemiologist Martin Kulldorff – one of the most credible voices on the subject – Covid vaccines likely yielded benefits for the elderly and vulnerable, but it remains entirely unclear whether Covid vaccines have yielded any net benefit at all for healthy adults and especially for children. Coupled with the still-unknown risks associated with mRNA technology and the now well-documented cases of death and serious injury from these vaccines, for governments across the world to have exerted extreme pressure on children and healthy adults to get these vaccines is absolutely sickening.

That some healthy young people were surely coerced into receiving an injection that led to their death or serious injury, when the data showed that the benefits did not outweigh the risks, is an unconscionable tragedy.