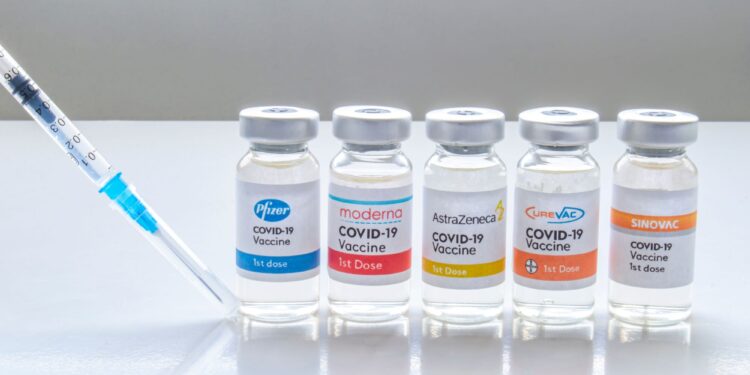 We’re now approaching the tail-end of 2022 and the Government appears to have much on its plate, including the financial echoes of the 2008 banking crisis, the consequences of shutting the country’s economy for two years, the impact of the conflict in Eastern Europe, sabre-rattling by the USA (both in Europe and Asia), the NHS falling apart, political infighting and having to deal with a new monarch. The Government certainly appears to be too busy to have to bother with Covid anymore and would probably prefer it if it went  away – the Covid infection reports that were once published every Thursday are published sporadically, the once daily infection reports have been relegated to a weekly update and the endless TV appearances by a succession of politicians to proclaim on Covid has slowed to a trickle.

Alas, Covid doesn’t care about the Government’s preoccupations and we find ourselves yet again at the start of a Covid wave, with increasing numbers infected and surely non-trivial numbers of hospitalisations to come.

Given that the Government seems to want Covid to go away, perhaps now is a good time to review the history and performance of the Vaccine Surveillance Report produced by UKHSA, the Government’s main infectious disease monitoring agency, and arguably originally intended to declare the pandemic finished 18 months ago.

The first Vaccine Surveillance Report was issued on May 13th 2021, from what was then Public Health England – the name change to the Orwellian-sounding Health Security Agency was yet to come. Way back then the vaccine appeared to have had a positive impact on cases, hospitalisations and deaths – we’d suffered a brutal winter wave of the Kent variant (later renamed Alpha variant, because the World Health Organisation didn’t want to blame the gentle folk of Kent for the emergence of the disease), but as vaccination had progressed to ever higher proportions of the population Covid had seemingly gone away. Some might think that the Vaccine Surveillance Report was produced as an exercise in self-congratulation, promulgating the success of the vaccines at eliminating a plague that had caused immense harm to the countries and populations of the world (mainly as a result of the various non-pharmaceutical interventions that nearly all Western Governments seemed very keen to implement).

That week of May 13th 2021 marked the last time that the U.K. saw new Covid infections below 2,000 a day and Covid deaths in single figures.

Unfortunately, the low in Covid ‘cases’ was short lived – after that first Vaccine Surveillance Report cases started to rise again, slowly at first but by the end of summer 2021 our Government was responding with an increased urgency,  first imploring individuals to get vaccinated to build herd immunity, then to protect granny and eventually, when it was clear that the vaccines were not offering any meaningful protection from infection/transmission, to protect the NHS.

Seventeen months after that first Vaccine Surveillance Report from Public Health England we’re in a very different position. Recent Covid infectious waves have exceeded 4 million concurrently infected individuals for the U.K., an infection rate of approximately one in every 16 individuals, and it is likely that we’ll see many more infections again this autumn. Note a couple of aspects to the infection ratio that is sometimes missed:

Of course, the rate of hospitalisation and death have fallen to relatively low levels with the arrival of Omicron variant, but it is important to note that the risk of any particular pathogen is the combination of infectiousness and the seriousness of infection – while each individual infection with Omicron variant is far less likely to cause serious disease than earlier variants, the huge infection rates and short interval between infectious waves that we’ve seen so far this year have nevertheless resulted in hospitalisation rates higher than seen last year other than in the January 2021 Alpha variant wave, and death rates comparable with those seen last summer. Sure, we’re hearing lots of reassuring voices saying that these are ‘with not of’ hospitalisations and deaths, but I note that 12 months ago we were still in the age of ‘enthusiastic’ medics attributing many unrelated hospitalisations and deaths to Covid simply because of a recent positive test, rather than the ‘with not of’ hospitalisations being insignificant at that time.

The odd thing about this first Vaccine Surveillance Report is that it contained very little in the way of surveillance of the impact of the vaccine – it was clearly little more than a marketing exercise to promote the vaccines. We would get some actual surveillance data later in the year, in the form of tables of Covid infections, hospitalisations and deaths by vaccination status – I suspect that these were incorporated into the Vaccine Surveillance Report because various authority figures believed that the data would support the Government’s position, that is, that the data would have showed the vaccinated to have significant protection from Covid compared with the unvaccinated.

However, as the months went by these real-world data first showed that the protective effect of the vaccines had been removed and, after a few months more, showed much higher Covid infection rates in the vaccinated. Of course, the UKHSA added a section imploring the reader to not even attempt to consider these data at face value, and instead consider only Government-sanctioned official estimates of vaccine effectiveness (which continued to show that the vaccines offered protection from infection). I suppose we must be thankful that someone in the UKHSA had a sense of moral duty, and these data on the real-world impact of the vaccines on infections remained in the Vaccine Surveillance Report until spring 2022, when the ending of free Covid testing finally provided the UKHSA with the excuse for ceasing to offer these data. While the UKHSA sort-of had a point in that there were less data available, it could have continued with infection data from those that continued to regularly test for Covid (primarily healthcare workers), and hospitalisation and mortality data by vaccination status has continued to be gathered – but the UKHSA had decided to end the release of these data and that was that.

The Vaccine Surveillance Reports have, over the weeks and months, given us a wealth of information on how the vaccines have been performing, both in terms of the overt data that they present, but more in terms of the message that the Government wished to push on the population. I’ll go through the various aspects of these data over the next few weeks, starting with perhaps the most important aspect of the vaccines – their effectiveness.

Amanuensis is an ex-academic and senior Government scientist. He blogs at Bartram’s Folly.