Why Liberals Should Object to PayPal’s Censorship of the Daily Sceptic and the Free Speech Union, Not Just Conservatives 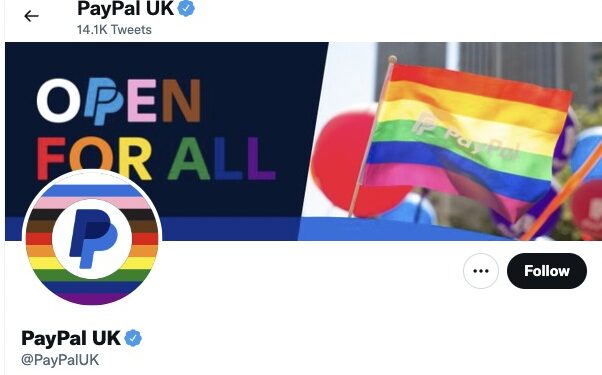 Thomas Prosser, an Associate Professor in European social policy at Cardiff University, has written an excellent Substack post about why liberals, as well as conservatives, should be concerned about PayPal’s decision to deplatform the Daily Sceptic and the Free Speech Union. Here’s how it begins:

This week, Paypal froze the accounts of Toby Young, a British right-wing journalist and bête noire of liberals. Affected accounts include the Daily Sceptic (a website) and Free Speech Union (a body which campaigns for free speech), Young being a founder of both. Seemingly, Paypal took the decision on political grounds, the firm not contradicting reports. British right-wingers have reacted angrily, accusing Paypal of attacking freedom of speech. I agree. In a liberal democracy, firms should not refuse services on political grounds. And Paypal acts as a quasi-public utility, making its actions more serious.

To my surprise, many liberals do not agree, making this a fascinating example of how liberals are increasingly on the wrong side of free speech debates. Writing in the New Statesman, Chris Stokel-Walker argued that firms had the right to deny services to certain people, citing the Ashers case in which a baker refused to supply a cake with a message promoting same sex marriage; Young and the Free Speech Union supported the baker.

Mention of this case is mischievous. Paypal were not asked to circulate a message with which they disagreed; moreover, many liberals opposed the Ashers baker and Young’s position should be irrelevant. More broadly, I am surprised that liberals do not recognize the dangers of corporations engaging in censorship. For example, firms have undertaken many of the acts which have eroded Hungarian democracy, liberals denouncing such attacks. Where does this stop? Is it legitimate to deprive Young of electricity and a mobile phone?

The argument that the incident is isolated and therefore less important is more appealing, yet has problems. As I have written before, conservatives increasingly face social pressure, reflecting the hegemony of liberal values in postmaterial societies. Given the education cleavage, there are high proportions of liberals in corporations, making such incidents more likely. In other words, this affair is part of a pattern and represents a threat to liberal democracy.

We might reflect on why liberals have not defended Young, this enabling insight into the changing profile of liberalism and subsequent threats to democracy. I suspect that liberals are falling victim to misfiring heuristics and group loyalties.

The involvement of Toby Young is relevant, Young long being a liberal hate figure. Differences in the status of liberals and right-populists are important, further disincentivizing liberal defences of Young. As ever, social media makes individual dissent more difficult.

Stop Press: I responded to the argument that PayPal’s right to freedom of association means they can kick whoever they like off their platform on GB News today. You can watch a clip here.