Rising Nonsense About Sea Levels From the BBC 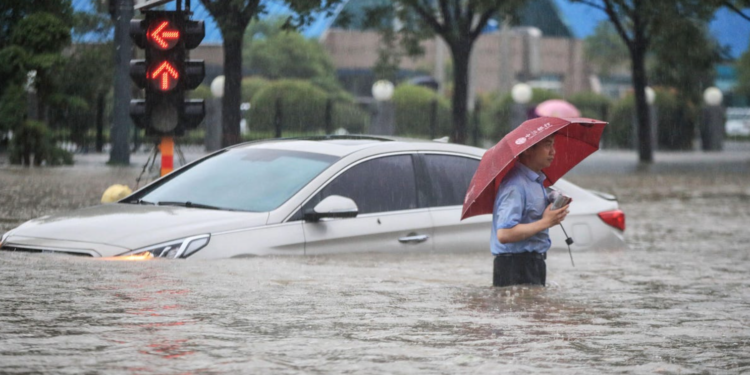 There was a report on the BBC Breakfast programme today about the threat of rising sea levels to historic castles on our coast. The BBC bleated that these castles, which had protected Britain’s coasts for hundreds of years, were now being destroyed by rising sea levels due to climate change. The BBC claimed that “scientists have predicted that sea levels could rise by a metre by the end of this century”.

I guess the one positive one can take from the two programmes is that the BBC has reduced its prediction of sea-level rise by 2100 from two metres to a mere one metre.

But let’s test whether a sea-level rise of two metres or even one metre by 2100 is credible.

It’s a pity that nobody at the BBC has read my book There is No Climate Crisis. If they had, they would know what’s really happening and stop making their wildly exaggerated, nonsensical claims of impending climate catastrophe. Here’s just a small excerpt from my book about supposed rising sea levels:

The changes, or more accurately apparent changes, in sea levels are also partly due to factors like Tectonic Plate Movement, Glacial Isostatic Adjustment, Post-Glacial Rebound and subsidence due to water abstraction around major cities. Tectonic Plate Movement is, of course, the continual movement of the Earth’s tectonic plates, which give us earthquakes and tsunamis. Glacial Isostatic Adjustment has been going on for at least two million years. Massive glaciers grow and then melt, alternately depressing the Earth’s crust and then releasing it again. As we are now in an interglacial, which has led to melting ice, Scandinavia is slowly rising. Hence, the sea level at Stockholm appears to be falling.

The Post-Glacial Rebound, which is causing much of the East Coast of North America to sink, occurs because large areas of Canada and America were weighed down by massive ice sheets in the last Ice Age. When that ice melted between 26,500 and 7,000 years ago, land in the centre of the North American began to rise while land around the periphery sank in what has been described as a “sort of sea-saw effect”. Hence sea levels at the East Coast of America seem to be rising faster than in many other areas of the world. Meanwhile in California on the U.S. West Coast, around 8 million of the state’s 40 million inhabitants are believed to live in areas where the land is subsiding probably partly due to Tectonic Movements and partly due to subsidence caused by increased water abstraction.

Looking at the table above one of the largest apparent sea level increases has been 30cm in 100 years at the East Coast of North America where the land has been sinking due to Post-Glacial Rebound. The sea level for Scandinavia has apparently ‘dropped’ by 37cm in 100 years as the land has risen due to Glacial Isostatic rebound. A National Land Survey of Finland study completed in early 2021 calculated that the South Coast of Sweden was rising by at least 1mm a year, further north the uplift was 2mm to 3mm a year and in central Finland the land uplift might be as much as 8mm to 9mm a year.

Jakarta is thought to be subsiding by 25 cm a year largely because of groundwater extraction. Houston is sinking as the oil wells beneath it are depleted. Bangkok’s and Shanghai’s skyscrapers are weighing the two cities down. London is slowly sinking partly due to water abstraction and partly due to Post-Glacial Rebound which is causing Scotland to slowly rise, like Sweden and Finland, after having been weighed down by glaciers during the last ice age.

Here, to finish, is a simple chart comparing rising sea levels with rising levels of atmospheric CO2, where the lack of relationship between the two is clear.

David Craig is the author of There is No Climate Crisis, available as an e-book or paperback from Amazon. This article was first published on his blog.