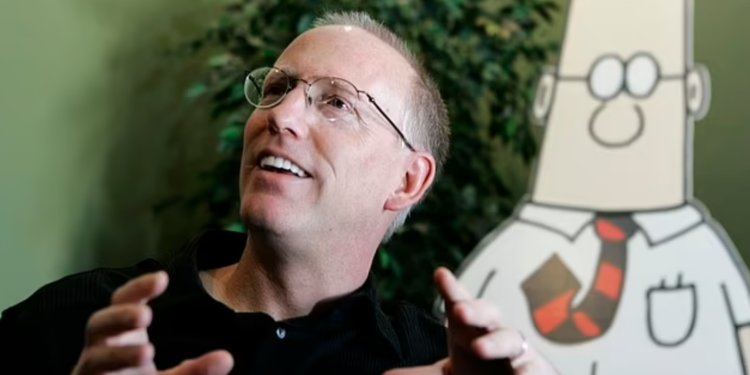 Popular comic strip Dilbert has been cancelled by 77 newspapers after its creator Scott Adams started incorporating anti-woke plotlines, including a black character that identifies as white. The Mail has more.

Adams’ much-loved ‘Dilbert’ comics have been in circulation since 1989 and frequently poke fun at office culture, but he announced he was sensationally dropped by publisher Lee Enterprises.

The media company owns nearly 100 newspapers across the country – including the Buffalo News, St. Louis Post-Dispatch, and the Arizona Daily Sun – and has been publishing Adams’ jokes about the corporate ladder for years.

One of his most recent controversial comic strips included a black worker, who identifies as white, being asked to also identify as gay to boost his company’s environmental, social and governance [ESG] ratings.

Dave, his reoccurring character, replies: “Depends how hard you want me to sell it,” before the boss responds: “Just wear better shirts.”

Adams, 65, is believed to be worth nearly $70million – a fortune he amassed thanks to the popularity of his characters, as well as his non-Dilbert related works.

Here are some of the recent offending strips. Going woke is no joke, it appears.