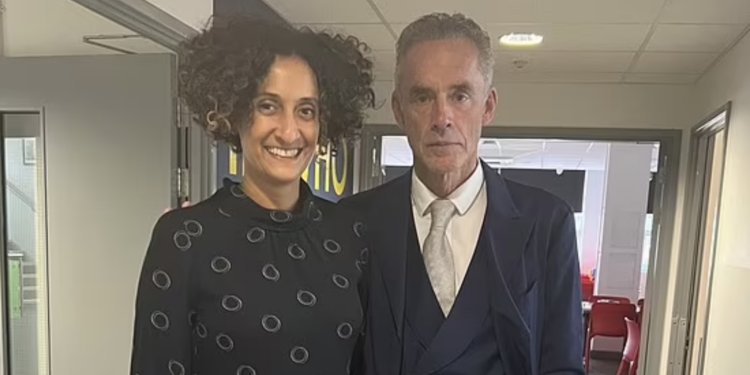 Katharine Birbalsingh, who set up Michaela Community School, one of the most successful free schools in the country, has been reported to the police for ‘hate crime’ after inviting Professor Jordan Peterson to visit. MailOnline has more.

Britain’s ‘strictest headmistress’ has slammed critics who she says reported her to police for a hate crime for inviting a controversial Canadian professor to visit her award-winning school.

Katharine Birbalsingh, whose Michaela Community School in north London recently saw 80% of its students achieve 4+ (C) or more in their GCSEs despite being non-selective, invited Jordan Peterson to see her pupils on Friday.

After she tweeted about the visit, the respected teacher – who is a British government’s social mobility tsar – went on to receive a wave of abuse and calls for her to be sacked.

Ms. Birbalsingh shared two photos of Peterson at her school last week, tweeting: “Look who is at Michaela today!” In another post, she said the controversial media personality was “moved” and “tears fell” as pupils wished him a good morning

Following a backlash, Ms. Birbalsingh wrote this weekend: “I tweeted photos of Jordan Peterson’s visit to Michaela. Like this one. They reported me to the police for hate crime. Many pleas to Ofsted for an immediate inspection.

“Cries of safeguarding concerns. Demands for my removal as Head. But they deny cancel culture exists.”

Contrast this with the appearance of a trans teacher at a Canadian high school last week with enormous prosthetic breasts. Not a squeak from the woke Left expressing safeguarding concerns about that.