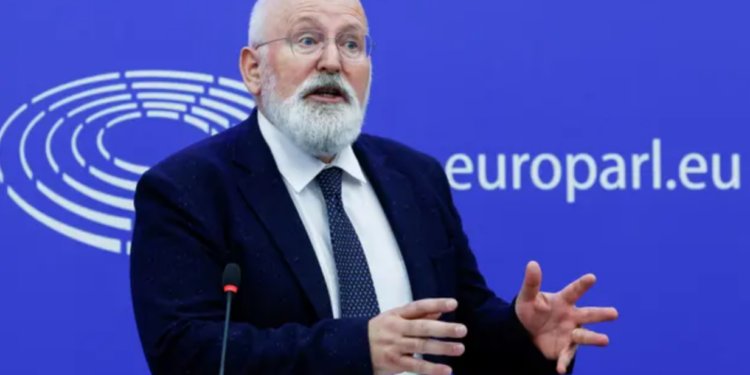 The EU has set out plans to raise €140bn (£121bn) by imposing windfall taxes on energy companies, including a €117bn (£101bn) windfall tax on renewable energy suppliers, as part of an effort to halt the growing crisis. The Guardian has more.

Announcing long-awaited emergency measures to tackle the rising price of electricity, the EU official in charge of the green transition, Frans Timmermans, said the plans were a necessary response to energy supply shortages and high prices.

“The era of cheap fossil fuels is over. And the faster we move to cheap, clean and homegrown renewables, the sooner we will be immune to Russia’s energy blackmail,” he said…

Announcing further details of its long-trailed energy plan, the [EU] Commission wants oil and gas companies to pay the 33% “solidarity contribution” on their profits, although EU member states would be free to set higher levies. Low-carbon electricity generators, such as wind, solar and nuclear firms, would have their revenues capped at €180 per kilowatt hour, which is less than half current market prices.

These firms have enjoyed a profits bonanza as their revenues are linked to the price of expensive oil and gas. “A cap on outsize revenues will bring solidarity from energy companies with abnormally high profits towards their struggling customers,” Timmermans said.

EU officials expect to raise €25bn from the tax on fossil fuel producers, while the cap on low-carbon firms is expected to raise €117bn. The revenues could be recycled to consumers as direct rebates, to fund insulation and other efficiency measures or the switch to low-carbon technologies.

Both measures are in effect windfall taxes, although the Commission avoids this term because of political sensitivities. The plans are to be discussed by the bloc’s 27 energy ministers at the end of the month, with pressure for a quick approval of the law before winter.

The EU has, however, abandoned plans to cap the price of Russian gas after opposition from some countries.

The EU Commission also wants EU member states to sign up to a legally binding “demand reduction” target to cut electricity use by 10%, including by 5% during peak hours, via efficiency campaigns and incentives. Timmermans said: “Demand reduction helps rebalance the energy market, lower energy bills, reduce emissions and makes us immune to Russia’s gas games. Without demand reduction, it is not going to work.”

In the U.K., Liz Truss has said she will not extend Rishi Sunak’s energy windfall tax or ask consumers and businesses to reduce their energy use over the winter, though her own plan to deal with the looming shortages has not yet been announced.