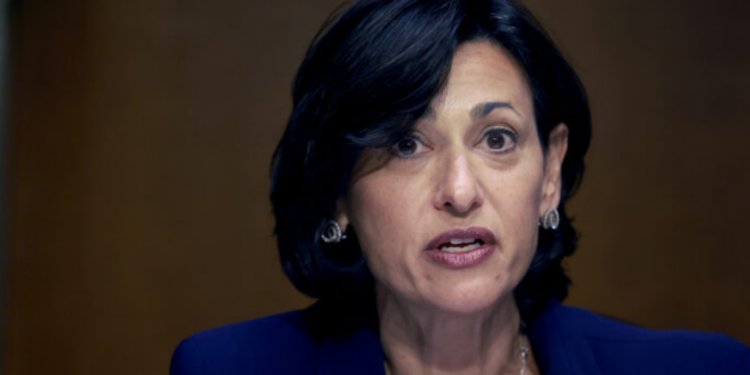 The Director of the U.S. Centers for Disease Control and Prevention (CDC) has acknowledged publicly for the first time that the agency gave false information about its COVID-19 vaccine safety monitoring. Dr. Rochelle Walensky admitted that her agency falsely claimed it was carrying out robust safety monitoring in 2021 and that it only actually did so from March 2022 – but it still refuses to release the full data. The Epoch Times has the story.

Dr. Rochelle Walensky, the [CDC’s] Director, said in a letter made public on September 12th that the CDC did not analyse certain types of adverse event reports at all in 2021, despite the agency previously saying it started in February 2021.

“CDC performed PRR analysis between March 25th 2022, through July 31st 2022,” Walensky said. “CDC also recently addressed a previous statement made to the Epoch Times to clarify PRR were not run between February 26th 2021 to September 30th 2021.”

Walensky’s agency had promised in several documents, starting in early 2021, to perform a type of analysis called Proportional Reporting Ratio (PRR) on reports submitted to the Vaccine Adverse Event Reporting System, which it helps manage.

But the agency said in June that it did not perform PRRs. It also said that performing them was “outside th[e] agency’s purview”.

Confronted with the contradiction, Dr. John Su, a CDC official, told the Epoch Times in July that the agency started performing PRRs in February 2021 and “continues to do so to date.”

But just weeks later, the CDC said Su was wrong.

Walensky’s new letter, dated September 2nd and sent on September 6th to Sen. Ron Johnson (R-Wis.), shows that Walensky is aware that her agency gave false information. Walensky’s letter included no explanation of why that happened.

Dr. Walensky claimed in her letter that Empirical Bayesian (EB) data mining is more reliable, and that the PRR results “were generally consistent with EB data mining, revealing no additional unexpected safety signals”.

Senator Johnson replied that without the data “the American people, the public cannot verify your assertion”.

Stop Press: Dr. Josh Guetzkow has written about the story and notes that the FDA is saying it won’t release the data because it doesn’t have to unless it’s being sued. He comments: “I say, if they won’t share it because they don’t have to unless they’re sued, I’d take that as in invitation to sue them!”