Rise of the New Puritans 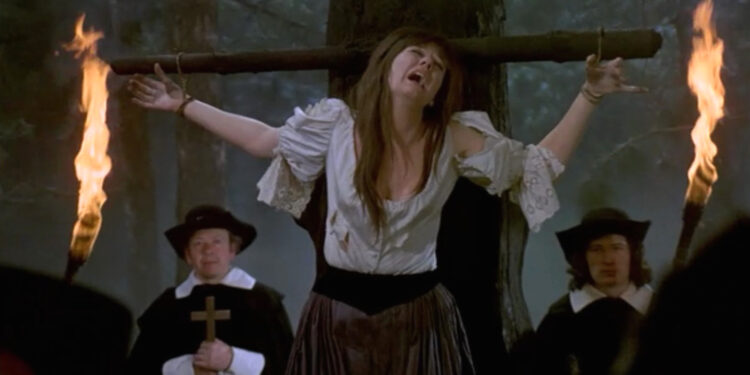 Julie Burchill has written a piece for the Daily Mail about the puritanical roots of the woke cult. It begins:

Surveying the ever-growing pile-up that is wokery in Britain, it’s hard not to recall these words. For woke is the first alleged social justice movement that seeks not to extend freedoms, but – in the manner of all vicious, bullying cults – to limit them.

The great progressive movements of the 20th century – from women’s liberation to civil rights for black and gay people – sought to increase the span of human dignity by making sure the same rules applied fairly and to everyone.

But as I pointed out in the book I published last year, Welcome To The Woke Trials: How Identity Killed Progressive Politics, the woke movement – that censorious, high-minded mob trying to force everyone else into following its narrow worldview – has nothing so liberal about it.

Instead, it has far more in common with the hysterical witch-hunting of the Middle Ages.

Now two new books take up my thesis: that wokery has a quasi-religious nature, and it’s only getting worse.

All three of us have been struck by the strange cultish quality of the modern ‘social justice’ movement.

For a start, there’s the magical thinking. To the woke, a penis can belong to a female if the owner dons a dress: trans-substantiation!

A starving, penniless drug addict living in a doorway has ‘privilege’ — as long as he’s a white male.

Words mean the opposite of what they’re supposed to. At the BBC, ‘diversity’ is parroting the same line on everything from the importance of breakfast to the folly of Brexit. ‘Inclusivity’ is cancelling anyone who doesn’t mouth the platitudes of the mob.

Criticism of Islam is ‘punching down’, despite it being the world’s fastest-growing religion. (Far safer to kick the Christians instead.) And so on.

The hierarchy of the new woke puritans, too, is strikingly similar to that of the old religions. There’s a priestly caste who are never to be questioned: men in frocks and their aggressive ‘allies’.

After a brief flurry of feminine freedom towards the end of the last century, once again men are the self-appointed experts on everything female.

The most recent and ridiculous example of this was Jason Grant, a young macho man — and former employee of Imperial Tobacco — who was appointed Scotland’s first ‘Period Dignity Officer’. Because nothing says ‘dignity’ like men telling women how to deal with their intimate body issues.

Just like so many primitive old faiths, children are being sacrificed to the woke religion — not the ritualised virgin-murders of the Aztecs or the child-raping of the Catholic Church, but rather stunting children’s bodies with puberty blockers, sterilising them and maiming them with mutilating surgery.

And then there’s the woke congregation. Look how the flock parade themselves on social media, as they swing between primly signalling their own virtue and baying for the blood of the sinners.

Stop Press: I explored the same theme on Mark Steyn’s show on GB News a couple of weeks ago:

The Bizarre Logic That Underpins the Trans Movement