Rishi Sunak: I Was the Only Lockdown Sceptic in the Cabinet 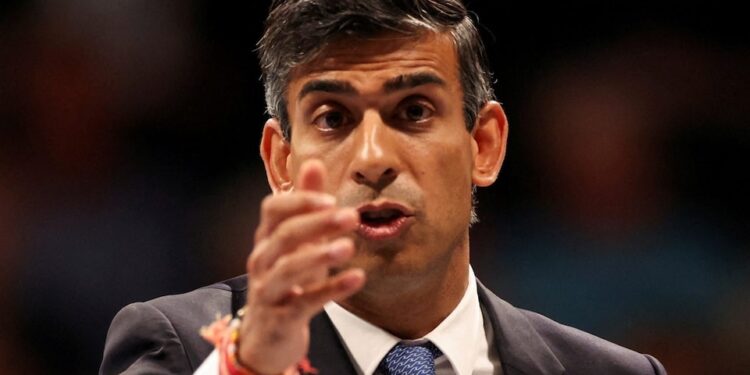 Rishi Sunak has given an interview to the Spectator in which he claims to have been the only lockdown sceptic in the Cabinet – a not-so-subtle dig at Liz Truss, who has vowed never to lock down again. The Telegraph has more.

Rishi Sunak has said it was wrong to “empower scientists” to such a degree during the pandemic, as he revealed how he spoke out in government about the costs of lockdown.

In an interview with the Spectator magazine, the former Chancellor said he was banned from discussing the “trade-offs” of plunging the country into restrictions, such as missed doctor appointments and mounting NHS backlogs.

He claimed he became “very emotional” at times about the damage closing schools would cause to children, but said his objections were met with a “big silence” from colleagues.

Recalling discussions at the heart of the Government during the early days of the pandemic, Mr. Sunak said: “Those meetings were literally me around that table, just fighting. It was incredibly uncomfortable every single time.”

He said he believed that one of the major mistakes of the pandemic was to allow the Scientific Advisory Group for Emergencies (SAGE) to have so much sway over policy.

“We shouldn’t have empowered the scientists in the way we did,” he said. “And you have to acknowledge trade-offs from the beginning. If we’d done all of that, we could be in a very different place. We’d probably have made different decisions on things like schools, for example.”

He said that in one meeting he attempted to raise his misgivings about closing down schools, adding: “I was very emotional about it. I was like: ‘Forget about the economy. Surely we can all agree that kids not being in school is a major nightmare,’ or something like that.

“There was a big silence afterwards. It was the first time someone had said it. I was so furious.”

The self-described “underdog” in the race to become the next prime minister explained how the minutes from SAGE meetings were edited so that dissenting voices were not included in the final draft.

“The SAGE people didn’t realise for a very long time that there was a Treasury person on all their calls. A lovely lady. She was great because it meant that she was sitting there, listening to their discussions,” he said.

He said the Treasury official was able to brief him on what was said in the meetings but omitted from the minutes, including disagreements with a conclusion or why people were not sure about it.

Mr. Sunak recalled the moment when Prof Neil Ferguson and his team at Imperial College London presented their Report 9, which claimed Covid casualties could reach 500,000 if no action was taken but would be reduced to 20,000 with a lockdown.

But he said any discussions about the cost of imposing such draconian measures on society were suppressed.

Stop Press: Fraser Nelson, writing in the Telegraph, says the great lockdown scandal is about to unravel, praising Rishi Sunak for his candour.

The disclosures should start a great unravelling of the lockdown myth, its pseudo-scientific sheen stripped away and the shocking political malfeasance left to stand exposed. Were SAGE minutes manipulated, with dissent airbrushed out? If Sage “scenarios” were cooked up on fundamentally wrong assumptions we need to know, because that will mean lockdowns were imposed or extended upon a false premise. A premise that could have been exposed as false, had there been basic transparency or proper scrutiny.

The Economic Future of the West