Dr. Fauci and the Covid Rule of Experts 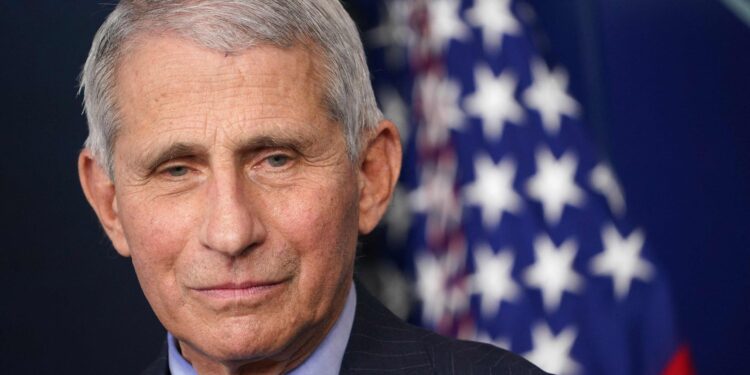 The Wall St Journal editorial board has pronounced its verdict on Dr. Fauci, now that he‘s announced his retirement. Conclusion: “[H]is legacy will be that millions of Americans will never trust government health experts in the same way again.” Quite so.

Anthony Fauci announced on Monday that he will step down from his National Institutes of Health leadership posts in December, and the fact that this is a major news story suggests the problem with his tenure. He became the main symbol of the rule by experts who imposed lockdowns on America and brooked no scientific debate on Covid.

Dr. Fauci has led the National Institute of Allergy and Infectious Diseases (NIAID) since 1984, and his personal research contributions are impressive. He first became known to the public during the early years of the AIDS epidemic, and his agency was an early backer of the mRNA technology that became the platforms for two Covid vaccines.

But the main legacy of his 38-year tenure will be as the public face of government during the Covid pandemic, for better and worse. His reassuring authority won acclaim in the early weeks of the pandemic as Americans struggled to make sense of the threat. “Fifteen days to slow the spread,” he famously said in March 2020, and the Trump Administration and America picked up his refrain.

The two weeks would stretch to two years. The uncertainties of the pandemic’s course weren’t his fault, but the certainty of his policy

He and a passel of public-health experts used their authority to lobby for broad economic lockdowns that we now know were far more destructive than they needed to be. He also lobbied for mask and vaccine mandates that were far less protective than his assertions to the public. Dr. Fauci’s influence was all the greater because he had an echo chamber in the press corps and among public elites who disdained and ostracized dissenters.

A flagrant example was Dr. Fauci’s refusal even to consider that the novel coronavirus had originated in a lab at the Wuhan Institute of Virology in China. This may have been because the NIH had provided grant money to the nonprofit EcoHealth Alliance, which helped fund “gain of function” virus research at the Wuhan lab. In a semantic battle with Republicans, Dr. Fauci denied that the NIH funded such research. But his refusal even to consider the possibility that the virus started in a Wuhan lab showed that Dr. Fauci was as much a politician as a scientist.

Worse, Dr. Fauci smeared the few brave scientists who opposed blanket lockdowns and endorsed a strategy of “focused protection” on the elderly and those at high risk. This was the message of the Great Barrington Declaration authors, and emails later surfaced showing that Dr. Fauci worked with others in government to deride that alternative so it never got a truly fair public hearing.

“There needs to be a quick and devastating published take down of its premises,” NIH Director Francis Collins wrote to Dr. Fauci. Their inability to abide criticism and dissent undermined the U.S. pandemic response.

“It’s easy to criticize, but they’re really criticizing science because I represent science. That’s dangerous,” Dr. Fauci said last November, in a comment that summarizes the view of the public-health clerisy. The public is supposed to let a few powerful men and women define science and then impose their preferred policies and mandates on the country.

The costs of that mindset have been severe, and not merely economic. We know now that states that locked down fared no better, and sometimes worse, than those that didn’t. We also know that the vaccines, while invaluable against serious disease, don’t prevent the spread of Covid—even after multiple boosters. More honest candor would have been better for America’s trust in public-health authorities.

“Whether you’ve met him personally or not, he has touched all Americans’ lives with his work,” President Biden said Monday about Dr. Fauci’s resignation. That’s true enough. But his legacy will be that millions of Americans will never trust government health experts in the same way again.