Did Both Sides Underestimate Ukraine? 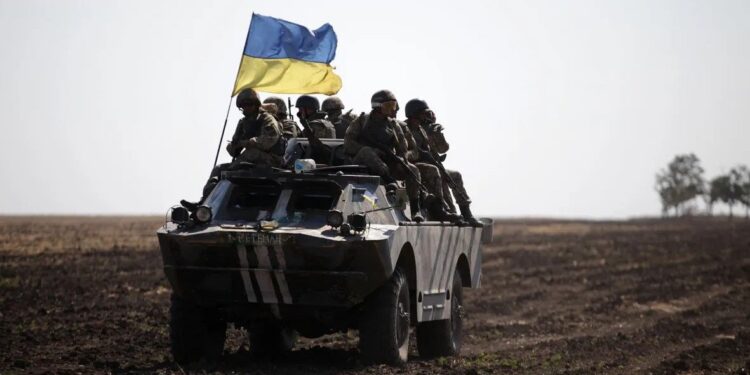 It’s fairly clear that Russia underestimated Ukraine. In his speech on February 24th, Putin urged Ukrainians to “lay down your weapons immediately and go home”, adding that “all servicemen of the Ukrainian army who do so will be able to freely leave the combat zone and return to their families”. This obviously didn’t happen.

Russian forces initially advanced along several axes, including one leading straight to Kiev. And while some commentators claim this was a “feint” – given that far fewer Russian troops were sent than would have been needed to take the city by force – it’s plausible that Putin was hoping for a quick capitulation akin to what happened in Afghanistan last year.

Two days after the invasion, an article titled ‘Ukraine has returned to Russia’ was accidentally published on Russian state media, and then immediately deleted. The publication time was 08:00 exactly, suggesting it had been scheduled in advance, and hence that some state actors were expecting Ukraine to fall within 48 hours.

A recent investigation by Reuters uncovered further evidence that Russia underestimated Ukraine. Four unnamed sources told the news agency that Russian proxies in Ukraine “overstated their influence in the years leading up to the invasion”, with one adding that such proxies “always say what the leadership wants to hear because otherwise they won’t get paid”.

But did Europe overestimate Ukraine too? That’s the theory put forward by a commenter over at UnHerd. Matthew Powell writes:

My hunch is that Western sanctions were as hard as they were because they fully expected the war to be over in a matter of weeks and the harsh sanctions could be used as leverage to roll back Russian battlefield gains, in return for their lifting. Unfortunately for Western Economies, Ukraine’s heroism on the battlefield has indefinitely prolonged the war, leaving a set of sanctions, that were largely supposed to be temporary, locked in, and no one now has the political capital reverse them.

Given how self-destructive sanctions could prove to be for Europe, Powell theory’s seems like a plausible explanation for Europe’s decision to impose them: our leaders were expecting the sanctions to be short-lived.

Of course, there are alternative or additional explanations. One is that European leaders didn’t expect Russia to respond by cutting off the gas supply; they simply assumed Russia would accept the pain without retaliating. This seems extremely implausible, as it would imply our leaders lack even the most basic understanding of human affairs.

Another explanation is that European leaders got caught up in social media-fuelled frenzy to ‘do something’ without thinking through the consequences of their actions. This is slightly more plausible, and may have contributed to the decisions that were taken. Though it probably wasn’t the main explanation.

Yet another explanation is that European leaders assumed – like President Biden – that sanctions would turn the rouble to “rubble”, and the war would soon be over. This again seems plausible. If true, it would imply that our leaders didn’t underestimate Ukraine, but rather underestimate Russia – more specifically, the resilience of its economy.

Perhaps our leaders told themselves: ‘Ukraine’s forces aren’t going to last long. But even if they put up a fight, our sanctions will bring Russia to its knees. In any case, we have to do something, so it might as well be this.’ And now Germany might run out of gas.

Where Lockdowns and Fast-Tracked Vaccines Came From