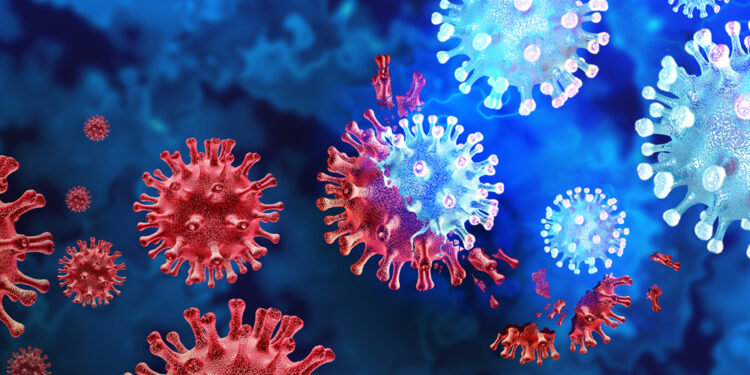 A majority of people who were infected with the Omicron variant didn’t even realise they had COVID-19, according to a new study from Cedars-Sinai Medical Centre in the U.S. Sky News has the story – but be warned. The journalist who’s written this up thinks the finding is a reason we should be particularly worried about Omicron. After all, if people don’t know they’ve got it, they won’t take steps to stop themselves infecting others. I would have thought the more obvious take is that if more than half of people infected with Omicron don’t know they’ve got it, we really shouldn’t be that worried about it. More here.

The lack of public awareness about being infected means that people can’t take steps to prevent themselves transmitting the virus further, which is a major stumbling block for addressing new waves of the pandemic.

“More than one in every two people who were infected with Omicron didn’t know they had it,” said Dr. Susan Cheng, a corresponding author of the study which is published in JAMA Network Open.

Previous studies have estimated that at least 25% and potentially as many as 80% of people infected with the coronavirus may not experience symptoms, the researchers say.

This “low level of infection awareness has likely contributed to the fast spread of Omicron”, added Dr. Cheng

Scientists at Cedars-Sinai have been conducting research into the effects of COVID-19 and the impact of vaccines for more than two years.

Of the 2,479 healthcare workers and patients who had given blood samples around the beginning of the Omicron surge, the researchers found 210 people who were infected with the variant based on newly positive levels of antibodies in their blood.

The researchers then surveyed the study participants to get updates on their health status, and during these surveys only 44% of participants who had the antibodies were aware of being infected.

The majority were not only unaware of any infection, but only 10% reported having any symptoms at all – and those that did believed they were caused by a cold or another infection.

“We hope people will read these findings and think ‘I was just at a gathering where someone tested positive’ or ‘I just started to feel a little under the weather, maybe I should get a quick test‘,” said Dr. Cheng.

“The better we understand our own risks, the better we will be at protecting the health of the public as well as ourselves,” she added.

Quite extraordinary that Dr. Cheng thinks her own research finding – that of the majority who weren’t aware they were infected with Omicron, only one in 10 reported any symptoms and those that did thought they were suffering from a cold or something equally mild – is a cause of alarm and not a reason to keep calm and carry on.

Can Nuclear Energy Save Europe?