No, the Arctic isn’t Warming Four Times Faster Than the Planet 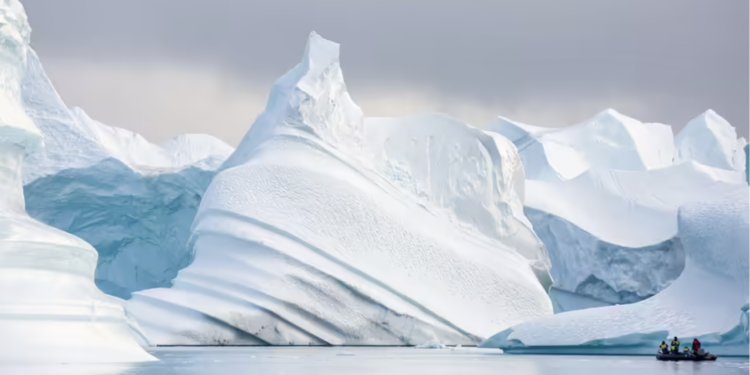 The fear-mongering mainstream media lapped up the recent claim that the Arctic was warming four times faster than the rest of the planet. The Financial Times called it the “climate graph of the week”, while the New York Times detected the “definitive sign of climate change”, noting it was higher than the two or three times commonly reported in the past. The Guardian didn’t allow strict accuracy to get in the way, claiming the new data revealed “extraordinary global heating” in the Arctic.

All highly implausible, needless to say. As always, it depends what temperature databases you consult, or don’t consult, how you work out the averages, and what years you pick to produce your final figures. Interestingly, the BBC didn’t take the headline bait. Perhaps an inquiring editor at the Corporation took a look at the accurate and comprehensive satellite temperature record and found the claim difficult, if not impossible, to stand up.

It is generally accepted that the Arctic has warmed about twice as fast in recent times as the rest of the planet. As the Daily Sceptic has reported, there are a number of natural variations that explain temperature fluctuations in the Arctic, a process that is clearly observable in the recent and paleoclimatic record. Antarctica, meanwhile, has seen much less warming over the last 50 years, and the South Pole doesn’t seemed to have warmed much at all. Possibly the BBC felt that upping the Arctic ante to four times was a just a push too far, particularly at a time when the local sea ice has been showing steady gains of late.

The story was based on a recent paper published by a group of Finnish meteorologists. The steer was clear from the title: “The Arctic has warmed nearly four times faster than the globe since 1979.”

Above are the databases and graphic results used in the ‘four times’ calculation. Curiously there is no place for the accurate satellite record produced by the University of Alabama in Huntsville (UAH), despite the satellite record also starting in 1979. ERA5 is a climate model. The other three are surface datasets, which as we have shown are subject to frequent, back-dated upwards temperature adjustments. Surface measurements across the Arctic are patchy in many areas, since sea ice is not a stable base for permanent devises. Weather satellites provide an almost complete coverage of the globe.

Here is the Alabama satellite graph.

It is clear that much less warming is shown by the satellite record. It is also clear from the surface graph why the start date of 1979 was chosen, since that is a convenient low point in the recent record. The anomaly in both cases is the deviation from the average over a 30-year period. The Finnish writers use what they call a “standard” 30-year period of 1981-2010, but it is pertinent to ask, why stop at 2010 when another 10 years of relevant records are available? The UAH satellite record uses the 1990-2020 anomaly calculation.

It seems Arctic temperature is one of the last frontiers in the fading battle to promote alarm and hysteria about global warming. Warming across most of the globe ran out of steam over 20 years ago. According to the satellite record, any recent Arctic rise is fading fast. In fact, the Arctic has often displayed wild temperature swings over short periods in the past, due to a unique set of geographical circumstances. The paleoclimate record shows numerous 1,500-year cycles when temperatures suddenly rise by up to 10oC over a few decades. Since the early 19th century, observations and scientific measurements have tracked large increases and reductions in the sea ice across the Arctic. In addition, the area is subject to regular ocean oscillations – the Atlantic Multidecadal and Pacific Decadal – that pump warmer waters into the region on a regular basis. The last high point, with considerable loss of ice, was in the 1930s.

It is early days, but the Arctic seems to be following this regular pattern with news that seas ice during this summer is not far off the 1981-2010 average, and well above the recent low point of 2012. The No Tricks Zone science site reports that the sea ice extent in mid-August is at a 12-year high. There is plenty of science around to suggest there is no need to be unduly worried by recent weather events and climate trends.

But then, that doesn’t sell newspapers or promote Net Zero fantasies.