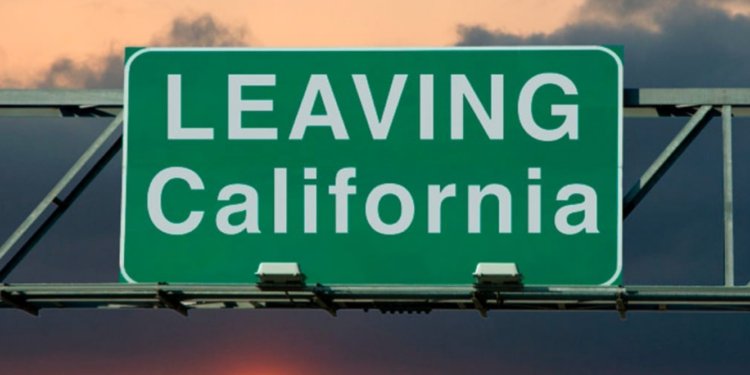 Zoe Strimpel in the Telegraph today has a scorching column setting out all the reasons that woke, authoritarian California has become a basket case state where no one (except illegal immigrants, who get showered with freebies) wants to live. Her tee-up is Nick Clegg’s decision to relocate from the Golden State to rainy Blighty.

Clegg’s Remainiac heart notwithstanding, he is one of thousands who no longer feels even remotely Californian. Rich and poor are calling time on the Golden State. Billionaires Larry Ellison, founder and chairman of Oracle, Joe Lonsdale, founder of Palantir, and Elon Musk of Tesla, have all relocated their companies to cheaper, friendlier states. Even Mark Zuckerberg’s main residence is Hawaii.

For everyone else, with remote work becoming mainstream in Covid lockdowns, net emigration has hit record highs. In 2021 the population of California fell by 117,500. People are fed up of soaring taxation, the high cost of living, groaning regulation, an authoritarian impulse on full show during Covid, and stagnating job growth. The heavy-handed state continually fails to solve the lethal social problems that are on permanent display, from mass shootings, which happen about every eight days (this is still lower than the national average), to spiralling homelessness. California’s dynamism and sense of possibility – where, despite high prices and social strains, those with hustle and good ideas could become fantastically successful – has been sucked dry. Why would you stay?

It is sobering to watch the state most associated with the miracles of American capitalist and creative glories become scorched earth – consumed with fires both real (this year has already seen whole settlements in northern California razed by flames) – and metaphorical.

The sad truth is that California is reaping what it has sown: not simply with its heavy-handed regulation, but in its deep and committed embrace of wokeness, which permeates from its courts via Hollywood to schools and hospitals. The ideological disintegration of the state was always going to hasten its economic decline and now, as the rest of the country descends into full-scale cultural war in the wake of the overturning of Roe v Wade and the ghastly normalisation of mass shootings, there is no wider structure to act as a bolster.

The Californian rot, long in place, became pronounced in the wake of the killing of George Floyd in 2020. Amid soaring crime rates, the mayors of both Los Angeles and San Francisco announced plans to defund the police, slashing hundreds of millions from budgets. It wasn’t the smartest plan: Los Angeles was experiencing a terrifying rise in homicides.

California’s committed progressivism has been evident in its embrace of illegal immigrants, offering drivers licences and free health care. If this boosted the economy and made life better for everyone, then great. But such measures do not go down well with those they are supposed to celebrate.

Blacks and Hispanics – according to U.S. Census Data – fare worse in California than almost anywhere else in the U.S., with a third of Latinos living in poverty compared to the 21% average elsewhere. Since 1990, the black population of Los Angeles county has dropped by nearly 200,000. More than half now express interest in leaving the state. Woke hasn’t worked.

Nowhere is this clearer than the state’s schools, which are failing kids from all backgrounds. San Francisco, the world’s epicentre of warped social justice ideology, has the worst scores for black students of any county in the state, and yet its educators continue to shovel woke rubbish at them instead of the basics. Half of California high school students can barely read, and yet they are expected to take ethnic-studies courses. No wonder Clegg, a father of three, felt uneasy.

Then there is sex. Despite the long-running horror of many parents at the state’s ‘inclusive’ sex education curricula, which has included teaching their kids about ‘blood play’, the Los Angeles Unified School District has now formally adopted a ‘trans-affirming’ curriculum to ensure classes are ‘queer all school year’. Teachers are to instruct on the ‘breakdown of the gender binary’ and encourage students to experiment with gender pronouns such as ‘they’, ‘ze’, and ‘tree’. Schools have collaborated with therapists and students to keep parents in the dark about their children’s use of cross-sex hormones and name-changes.

The NATO Bombing of Helmand Province Was Not “Defensive”