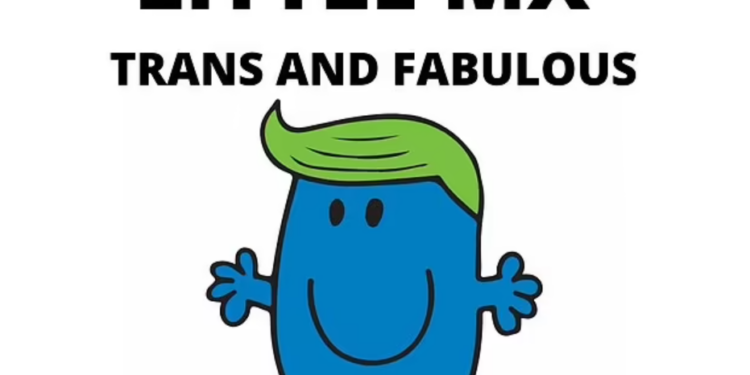 Children’s transgender charity Mermaids is using characters from the Mr. Men and Little Miss series to promote its harmful and anti-scientific gender ideology to young children. MailOnline has more.

Mermaids, a charity which advocates for and supports transgender children, posted pictures of the characters with phrases such as “trans women belong in sports”.

It also changed the nouns for some of the characters from “Little Miss” and “Mr.” to “Little Mx” – a gender neutral title for people who [claim to be] non-binary.

The unexpected crossover, which was posted on Mermaids’ social media yesterday, has prompted fury online with people accusing the charity of using the characters to appeal to children.

It comes after Stonewall was forced to row back on a tweet in which it claimed children as young as two could be transgender, something that prompted a wave of criticism.

This furore did not stop Mermaids, which is the largest child transgender charity in the U.K., posting mock ups of Mr. Men characters which have become a common sight in family homes across the country.

In a tweet posted yesterday, the charity revealed pictures of the characters with the changes and the caption: “Which Little Miss Mermaids edition are you?”

This prompted accusations that the charity is using the beloved children’s characters to promote its gender ideology to young children.

Nikki da Costa wrote: “Last week we had Stonewall advocate that two year olds can be transgender. Now we have Mermaids co-opting Mr. Men and Little Miss typically aimed at two to six year-olds. What message does this send about preserving the space for children to be children?”

Sanrio, the Japanese company which owns the Mr. Men brand, did not immediately clarify whether its use for this purpose is authorised.

Losing Trust in ‘The Science’

The Maddening Persistence of Covid Travel Restrictions and Mask Mandates