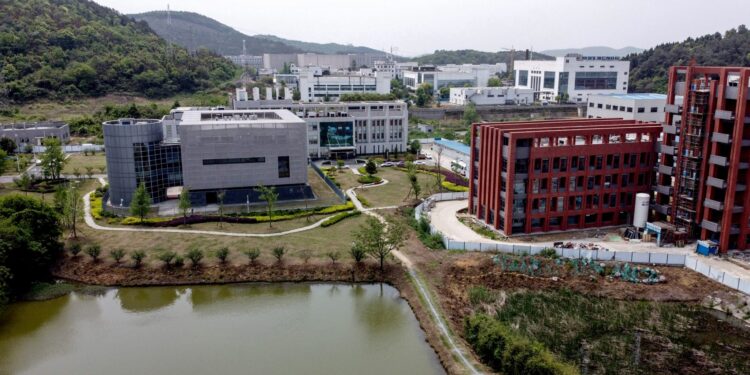 Not many experts have openly endorsed the lab leak theory of Covid origins.

There are the ‘internet sleuths’ who make up DRASTIC (several of whom remain anonymous). There’s the science writer Nicholas Wade. And there’s Matt Ridley and Alina Chan – co-authors of Viral: The Search for the Origin of COVID-19. (In a recent interview, Ridley told me that both he and Chan now think a lab leak is “more likely”.)

However, I suspect that many experts are scared of endorsing an idea their colleagues have gone to great lengths to suppress – an idea the Chinese government has called “a lie concocted by anti-China forces”.

Which makes a recent blog post by the biologist Nick Patterson something of a bombshell. Patterson is highly respected for his contributions to mathematical and computational biology. He’s also a polymath.

After obtaining his PhD in mathematics from Cambridge, he worked as code-breaker for GCHQ. He then moved to the hedge fund Renaissance Technologies, where he developed mathematics models for market prediction. And for the last 20 years, he’s been analysing human genetic data at MIT.

In his recent article, Patterson states that “by far the most likely cause of the pandemic was an accidental leak of an engineered virus”. So he not only believes that Covid leaked from a lab, but also that it was engineered beforehand.

According to Patterson, the “smoking gun” is a grant application by EcoHealth Alliance to DARPA (the research agency of the U.S. Department of Defence). “As far as I can make out,” he writes, “the plan here was for WIV to collect live virus, ship it to the USA, have US scientists genetically modify the virus, and then ship modified virus … back to China”.

Although the grant application was rejected, Patterson notes, “a dirty not-so-secret is that often a good slice of work proposed in a grant application has in fact already been done and for sure when a grant is rejected the scientists involved consider how they can proceed anyway”.

Patterson clarifies that he’s not claiming “the proposed research was directed towards biowarfare”, only that it had the effect of enhancing viral pathogenicity.

Will other experts now speak up? We’ll have to see. In the meantime, Patterson’s article is worth reading in full.