Teachers Were Fanatical About Lockdowns 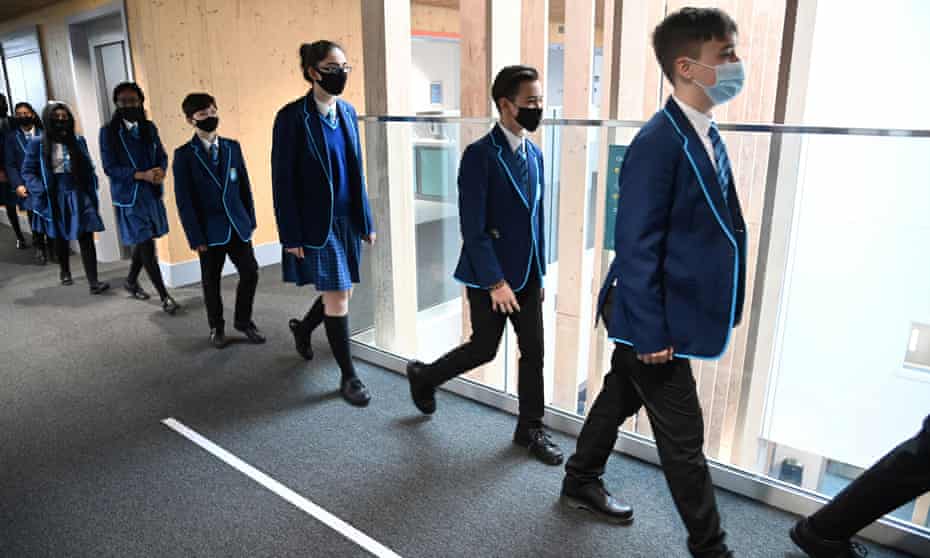 When schools, like the one where I teach English, first closed in March 2020, there was a palpable sense of excitement akin to that end of term feeling in July. The Dunkirk atmosphere appealed to the love of morally superior authoritarianism so entrenched among left-liberals, their competitive need to be seen taking everything more seriously than ‘deniers’.

The only problem was how to keep on condemning a Tory Government, the key requirement for any state school teacher. So powerful is this professional standard that I’ve heard 20-something woke robots bemoan being brought up under Thatcher and suffering inner city riots – one of whom attended Roedean.

Luckily, most teachers quickly became experts in virology, epidemiology and immunology, fit to rival even the great Robert Peston. One science teacher attended our first briefing in what appeared a full beekeeping suit – actually, a NASA ground-crew uniform bought in Florida. This is the same colleague who once asked me how it felt to be in the “minority who voted for Brexit”.

What about the pupils?

Their fears – as young people in an unprecedented situation – got almost no discussion amongst staff. It was made clear that a full online/virtual bombardment of ‘teaching’ was expected. It’s true that some staff made great efforts with previously identified vulnerable children and with key-worker children. But overall, the emphasis on pastoral care was incredibly low.

Very few agreed with me when I argued that lockdown for schools was wrong, that teaching was impossible for most pupils other than face-to-face, so that pastoral care was the priority for us – especially for those from the poorest families. Most seemed to argue that lockdown should continue indefinitely but that the huge damage done could be endlessly attributed to the Government.

Their greatest anger was with the apparent effectiveness of the vaccination programme, especially the idea that Boris Johnson deserved any credit for this. And any tardiness in online deliveries – with positive fury for some poor delivery driver crawling up their path at midnight, gasping with exhaustion but not wearing a face mask.

And the long-term effects that I’ve seen?

What struck me – even when teaching restricted groups during lockdown – was how deadened the pupils were. Back in the classroom, energy and exuberance had been drained, their responses seemed exhausted. There was an almost heart-breaking fatalism. The ubiquitous masks and constant testing were horrendously dehumanising. My Year 7 daughter (in another school) had a teacher scream at her and friends:

WHERE ARE YOUR MASKS? It’s thanks to selfish kids like you that I haven’t seen my mother for over a year!

Small wonder something fundamental has changed in how they view adults. They’ve lost some element of trust and underlying respect, which explains the widely observed worsening in behaviour. Of course, other things are also to blame – not least the isolation and loss of social experiences. But I think, under all that, they’ve lost a lot of confidence in supposed ‘grown-ups’.

I remember saying – in March 2020 – to the last class I saw before lockdown (a ‘difficult’ Year 11 group I adored, but never saw again): “Don’t worry – this country has been through so much – and always got through it. Don’t be scared.”

Maybe this was phony Churchill stuff, but too many had seen adults behaving in a panicked way. I thought of my parents’ account, that their childhoods weren’t badly affected by the outbreak of war in 1939 – how their teachers had stayed calm. In fact, my father said hardly anything was made of it, much to his disappointment.

I’m a natural sceptic. I’ve always been angered how little teachers understand what being sceptical really means. About 10 years ago, I noticed many of my colleagues started to claim their opinions were ‘evidence-based facts’, dismissing those who disagreed with them as holders of wildly emotional prejudices. It was odd, since most had no experience of any activity involving empirical evidence, let alone scientific research.

After the 2016 Brexit referendum, this bogus stance increased massively. One chap loftily proclaimed that only people with “academic expertise” should have had the vote. Instead of arguing with this antidemocratic view, I asked him what his qualifications were – and why he assumed they would place him in the voting booth. They weren’t that impressive, in an era when getting an arts degree is easier than obtaining a GP appointment. I had to arrogantly inform him that, whilst I (Chemistry First and DPhil from Oxford, since you ask) would get a vote, he likely wouldn’t, on the hard evidence of his meagre qualifications. If he found my undoubted conceit ‘offensive’, then perhaps it’d be best not to make such a conceited demand in the first place.

And then Covid struck…

Anyone who read the Guardian and ‘knew the evidence’ hogged the limelight. It was impossible to discuss the issue, without lectures from those suddenly elevated to professorships of Virology, Epidemiology, Acute Medicine, Pathology, Immunology… you name it. Coming from a medical family, it was a delight to continue my second-hand medical education.

To be fair, this wasn’t restricted to teaching. A poet friend of mine, in email discussion, pasted articles from the BMJ, The New England Journal of Medicine and Nature. I have no medical training, so I asked him to explain what he was bombarding me with. He seemed incapable of doing so.

I’m currently struggling through Robert Musil’s modernist masterpiece, The Man Without Qualities. This is an exemplar ‘novel of ideas’, set in 1913 Austria. The central character is a rich wastrel womaniser who’s also a distinguished mathematician and polymath.

He gets involved in interminable committee discussions on how to commemorate the 70th jubilee of the Austro-Hungarian emperor. But the main focus of the novel is analysing how scientific thinking (Musil himself was trained in science) contrasts with social and artistic ideas, progress and social advancement. In short, Musil is concerned with exactly the central issue that Covid seems to flag. Namely, how – if at all – can technocracy fit with democratic accountability and, ultimately, validity? How can we avoid a tyranny of declared experts, some of whom will crush (often using ‘useful idiots’) those who know that science works by being unsettled, that it has never been a process of shouting ‘the science is settled’, of shutting down debate?

This applies to many hot button issues right now: climate change, Brexit, the war in Ukraine, gender identity, issues around race, and so on. Most of our governing elite, like my teacher colleagues, pretend to be scrupulously evidence-based, to have banished emotion and prejudice. Simultaneously, they are filled – often to a fanatical extent – with just such emotion and prejudice. A terrifying combination.

The only hope lies in restoring genuine rational and sceptical debate. It’s vital that pupils get to learn this. Sadly, the entire approach taken on Covid, of imposing extreme measures, pumping out propaganda, silencing opposition and crushing dissent, has taught them the exact opposite.

Eric Blair is a pseudonym.