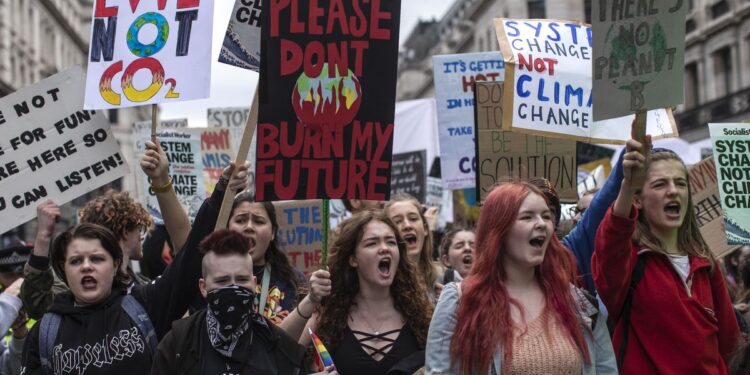 In my Spectator column this week I’ve written about a new poll carried out by the Higher Education Policy Institute (HEPI) in which students were asked to choose between free speech and emotional safety. The results make for depressing reading.

For instance, 61% of undergraduates say that “when in doubt” their university “should ensure all students are protected from discrimination rather than allow unlimited free speech” and 79% believe “students that feel threatened should always have their demands for safety respected”. You may think it was ever thus – haven’t the long-haired opium-eaters always been zealous enforcers of progressive orthodoxy? But the same questions were asked of students six years ago and they’ve become even less tolerant since then.

In 2016, an alarming 16% of respondents thought “students’ unions should ban all speakers that cause offence to some students”, but that figure has now climbed to a whopping 39%. Today, 76% of students think universities should “get rid of” controversial statues and memorials, up from 51% in 2016. Six years ago, 48% of undergrads supported safe-space policies; that number is now 62%. I’m tempted to brand these militant crybabies “Generation Snowflake”, but they’re so hypersensitive that might lead to mental health services on campus being overwhelmed.

Nick Hillman, the director of HEPI, charitably attributes this decline in support for free speech to the tough time students have had in the past six years, leading to a preoccupation with ‘safety’. “Back then undergraduates had been born in the previous century, whereas today’s young undergraduates were born after the turn of the millennium – and they have had to contend with Covid, industrial action and a cost-of-living crisis,” he says.

There may be something in that, but surely the main cause is that organisations such as Stonewall and Advance HE have successfully infected British universities with hard-left identitarian ideology under the guise of promoting ‘diversity and inclusion’. Last week, 25 Conservative MPs and peers signed a letter to the Education Secretary alerting him to the Racial Equality Charter, Advance HE’s latest attempt to tackle “institutional and cultural” discrimination in a sector which must rank as the least racist in the UK. In their desperation to secure a bronze or silver Race Equality Charter award, 20 universities have said they are ‘decolonising’ their courses. The irony is that nearly all these ‘anti-racism’ initiatives have been imported from America – ‘colonisation’ might be a more accurate description of the process Advance HE is overseeing on British campuses.

Worth reading in full – and if you’re worried that a group of intolerant students may come for you, join the Free Speech Union.

Stop Press: If you can’t get past the Spectator‘s pay wall you can read the Mail‘s write-up of the poll here.

Did SARS-CoV-2 Originate in Wuhan in 2019 or Earlier Elsewhere?