The Experts Are Lying to You 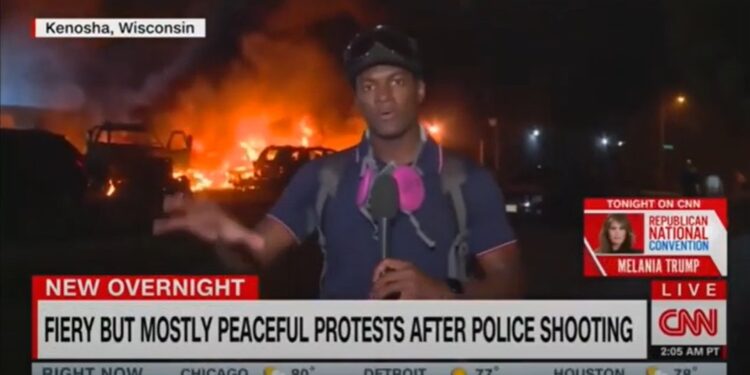 Andrew Doyle has a brilliant article in UnHerd today about the growth of official untruths and censorship of dissent over the past two and a half years.

With most of the world’s information only a click away, one would have assumed that ours would be the most enlightened generation in human history. We may have lost the rote-learning skills and depth of knowledge of our grandparents, but we know where to find the facts and can do so in an instant.

For all that, many of us have developed the habit of reading multiple accounts of any given news item, because so often reports are filtered through an ideological lens. There was, for instance, Omar Jimenez’s coverage of protests in Kenosha for CNN, described as “mostly peaceful” in the chyron running under the report in spite of the clearly visible backdrop of burning cars and buildings. Similarly, the BBC was roundly mocked for its description of “largely peaceful” protests in London, in which 27 police officers were injured.

Instinctively, it feels as though these reporters must be peddling these untruths knowingly, perhaps out of a misguided sense of paternalistic responsibility to prevent further discord. But even more troubling is the possibility that they have bought into their own fictions. If one accepts the postmodernist belief that our experiences are solely constructed through the language with which they are expressed, then to describe an event as “largely peaceful” makes it so.

Such blunders are only the more egregious examples of the kind of white lies and misrepresentations we find on an almost daily basis in the national press. Occasionally there is a backlash, such as when the BBC modified the quotation of a rape victim so that her attacker was not misgendered. But on the whole this routine twisting of the truth goes unnoticed. We have grown accustomed to reporters telling us what to think about a story, rather than simply relaying the key facts and leaving us to judge for ourselves.

Even reputable academic journals are willing to jettison inconvenient truths if they better suit their desired reality. When the New England Journal of Medicine argued that “sex designations on birth certificates offer no clinical utility”, few of us were surprised. The Journal of the Royal Society of Chemistry has even produced new guidelines to “minimise the risk of publishing inappropriate or otherwise offensive content”. If the truth hurts, it ought to be avoided.

When journalists, academics and politicians advance a worldview in direct opposition to observable reality, they risk creating what Jürgen Habermas once described as a “legitimation crisis”, by which trust in figures of authority is irreparably depleted. This seems particularly germane given reports this week that the head of the World Health Organisation privately believes that COVID-19 leaked from a laboratory in Wuhan. It wasn’t that long ago that the scientific consensus dismissed this as little more than a racist conspiracy theory.

Throughout the pandemic we saw experts silenced or marginalised if they offered views that deviated from the accepted narrative. YouTube videos that posited the lab-leak theory were removed. An UnHerd interview featuring Professor Karol Sikora was taken offline after he suggested that the virus was likely to “burn out” and that levels of public immunity had been underestimated. Wasn’t this former advisor to the WHO entitled to an opinion?

Meanwhile, experts who peddle “accepted” narratives remain free to indulge in blatant untruths that we are expected to take on trust. In June 2020, more than 1,200 medical practitioners signed a letter arguing that existing restrictions put in place to curb the spread of coronavirus ought not to apply to Black Lives Matter demonstrations. The epidemiologist Jennifer Nuzzo wrote: “We should always evaluate the risks and benefits of efforts to control the virus. In this moment the public health risks of not protesting to demand an end to systemic racism greatly exceed the harms of the virus.” Are we to believe that the virus would take some time off so long as the protesters’ cause was just?

Oxford College Admits it Was Wrong to Cancel Christian Group

Polio May Be Spreading in U.K. for First Time in 40 Years – “National Incident” Declared