Big Companies Enrich Themselves at Public Expense and Government is Complicit 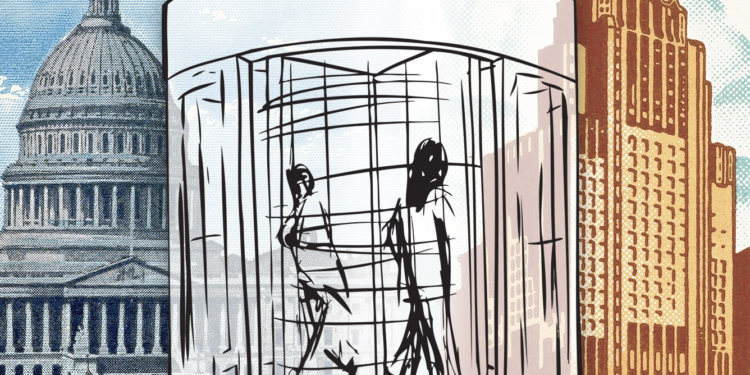 Up until approximately 1890, economists understood that a key part of the economic system is what are known as rents, or ‘free lunches’. This means unearned income or excess profits. They recognised that a key goal of economics should be to eliminate rents. Recent economic theory does not talk about rents very much – there is an incorrect assumption that all income is earned. The people and companies who receive excess wealth from rents are usually described by the media as wealth-creators, but this is partly propaganda. Many of them are ‘rent-seekers’ (also known as rentiers) – people who know how to take money from the system because they understand how it is rigged.

It is estimated that the British Government gives out over £90 billion each year in corporate subsidies, and the U.S. Government spends at least $800 billion subsidising the biggest U.S. corporations each year. This has helped to finance the development of the aerospace, biotech, nuclear, electronics, synthetics, space communications, mineral exploration and many other industries. The Government, and therefore the taxpayer, covers much of the costs and takes many of the risks, then hands the profits to private companies. Many of the recipients of these subsidies dominate their industries, make big profits and pay large amounts to shareholders and senior executives. America’s oil, gas and mining corporations are among the most profitable in the world, yet they receive tax breaks and other subsidies worth billions of dollars. The big agricultural companies, particularly rice, wheat, corn, cotton and soybeans, receive some of the biggest subsidies, totaling approximately $30 billion each year in the U.S. One-tenth of the farms, usually the biggest, get three-quarters of the subsidies. Similarly, studies of European farming show that most of the subsidies go to a small number of the biggest farms.

In Britain, a 2013 report entitled “The Great Train Robbery” showed how private rail companies took big subsidies from the Government and paid substantial amounts to executives and shareholders. The billionaire Richard Branson received almost £3 billion in subsidies for the West Coast Line between 1997 and 2012. Shareholders took over £500 million in dividends. Without the subsidies, the companies would have lost money. In fact, there were additional, hidden subsidies, that amounted to £30 billion for all of the train companies.

Most advanced nations have similar systems of government support for big business. They have subsidised almost every major corporation at some point, and many of the world’s biggest businesses would have gone bust in the past if they had not been bailed out by their government. The academic, Noam Chomsky, uses the expression “really existing capitalism” to describe this system based on government support for big business. Others use the term ‘crony capitalism’, or ‘socialism for the rich’.

Business as an Extension of Government

The connection between governments and some of the biggest corporations is so strong that it can sometimes be hard to know where one ends and the other begins. Many personnel move seamlessly between business and government, in a system known as ‘revolving doors’. The software that enables Google to search through trillions of items on the internet is the same technology that enables the U.S. spy agency, the NSA, to illegally analyse trillions of items of electronic communications. The U.S. government provides huge assistance with research to help make U.S. companies dominant, and government-to-government lobbying to enable them to gain a foothold in other countries. Many big companies obtain guaranteed contracts with the government. Noam Chomsky has explained that these contracts are yet another form of government subsidy. This even involves funding things for which there is initially no demand, such as early electronic components, like transistors after World War Two. This is particularly noticeable with military contracts, aeroplanes and technology companies. Governments often overpay for these contracts by large amounts.

Chomsky has been writing and speaking about the role of government in supporting big business for many years, but has been mostly ignored by the mainstream. However, Mariana Mazzucato wrote a book in 2013 called “The Entrepreneurial State”, which has attracted mainstream attention. In it, she debunks the myth that private business is the source of most innovation, pointing out, for example, that in the U.S., 75% of new drugs come from state-funded investment and research.

Crony Capitalism is destroying the U.S., Britain and Many Other Countries

The close relationship between government and corporations can take many forms. If governments choose to use their power to limit the worst excesses of business, then business can be forced to operate in a way that primarily benefits society. This has been the case for many years in some European countries, and perhaps Britain and the U.S. were closer to this system during the years 1945-1970. This might be described as a mild form of capitalism.

At the other extreme is crony capitalism, where government can be ‘captured’ by business, through revolving doors, campaign financing, lobbying and corruption. The key aspects of this system are as follows:

The U.S. and Britain in the 21st Century are examples of this type of extreme system, and some other advanced nations are heading in this direction. U.S. presidents and their corporate cronies openly rig the economy to benefit themselves. In Britain in 2020, there was widespread evidence of corruption in the awarding of contracts for personal protective equipment. The more extreme this system becomes – the more government is captured by big business – the more wealth the rich are able to extract, and the more problems we see. For example, millions of people were already using food banks before 2020, and that number has increased hugely during the coronavirus lockdowns.

Even mainstream commentators, such as the former Governor of the Bank of England, Mark Carney, have commented on how the relationship between the Government and big business has changed for the worse. Crony capitalism is destroying our societies.

What Should We Do?

Executives and shareholders of the biggest companies want you to believe that big companies are dynamic risk-takers who deserve immense rewards if they are successful. Once we recognise that these risks are removed or reduced because of government support on a huge scale, we then have to question whether these companies really do deserve big profits.

Recent research has indicated that many millionaires are created in industries that receive big subsidies from government, so we must also question whether executives or shareholders really deserve their immense rewards.

Those who say they believe in markets might say that the government should have no role in choosing which parts of the economy to support. Our policies should therefore be to end all subsidies to big business, or at least to aim for the minimum system of subsidies, as part of a group of policies that aim to minimise rents.

However, such a simplistic approach ignores the positive contribution that government support for business has provided to society. The U.S. might not have the technology dominance that it has today without its history of Government investment in technology. In situations where subsidies provide large benefits to society, perhaps we should keep them, but find ways to ensure that no-one is able to extract enormous wealth from this system. In future articles we will look at possible solutions in specific industries where subsidies play a huge role, such as banking and pharmaceuticals.

We also need to recognise that subsidies are just one aspect of a more complex relationship between business and government, and that this relationship is highly corrupting. Changing it requires much deeper reform. We would have to try to end, or at least minimise the effects of corporate lobbying, corporate funding of political parties and elections, regulatory capture and revolving doors. We would also have to make substantial changes to the legal system to stop big companies getting away with committing crimes. If we do nothing, corporate lawyers and lobbyists will continue to gradually change the system more and more in favour of big companies. I don’t think there is a ‘magic bullet’ solution, just lots of changes to remove the rents that big companies currently receive. If you have any ideas that might bring about substantial improvement, let us know.