Has the West Got a Leg to Stand On When it Complains of Putin’s Disregard for International Law and Other Moral Norms? 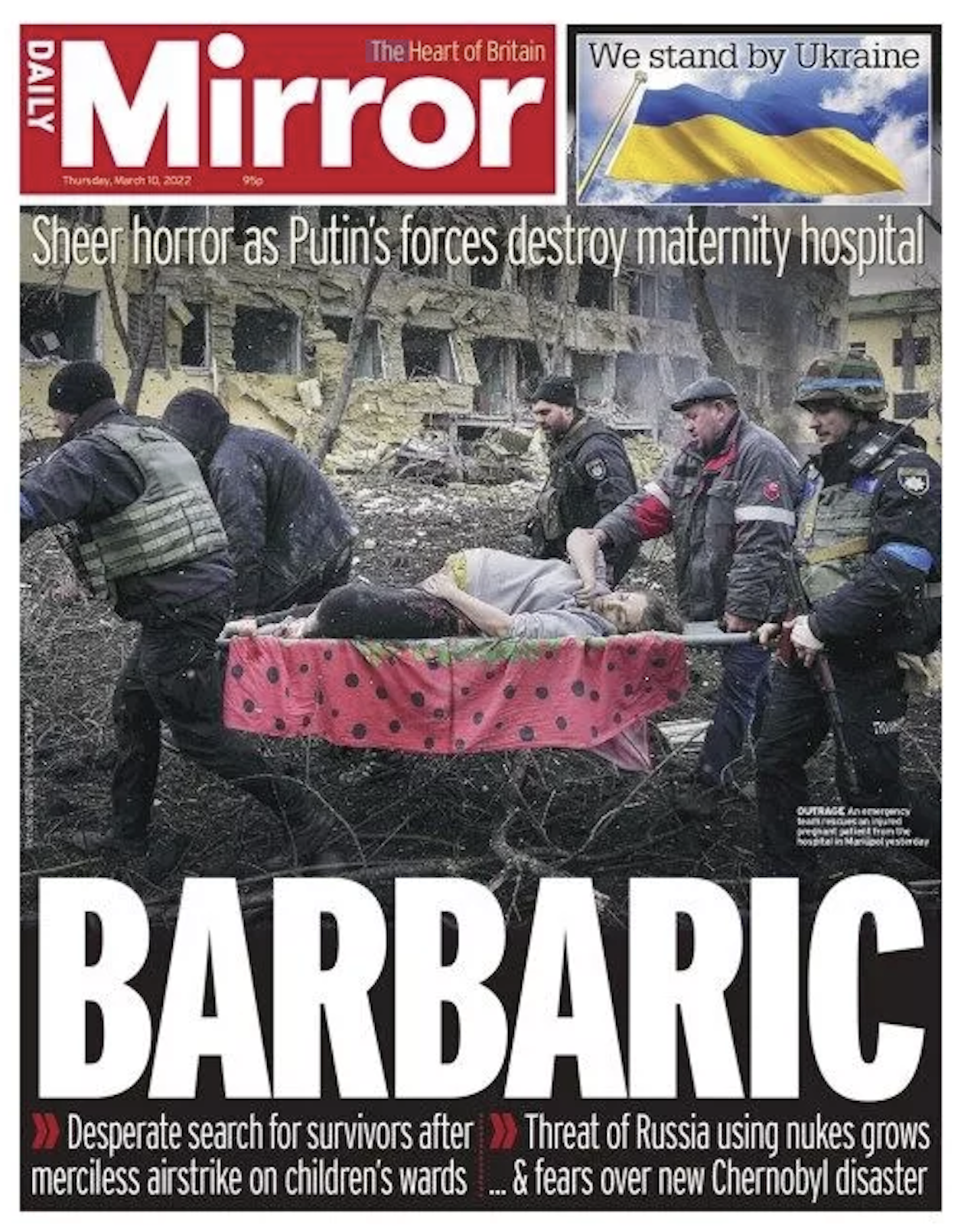 We’re publishing a guest post by Adrian Brown, a former Royal Australian Air Force Legal Officer, about whether it’s reasonable to expect Russia to be constrained by moral norms, particularly in light of the failure of Britain and the United States to always observe those norms themselves when the national interest is at stake.

If you’re anything like me, the sooner you forget the sight of Ukraine asking the UN Security Council, chaired by Russia with its power of veto, to vote for a motion demanding that Russia stop its invasion and withdraw its troops, the better. The UN reported that several of its members described Russia’s veto as “inevitable but deplorable”. It’s hard to imagine anything more enervating.

Russia is in clear breach of Article 2(4) of the UN Charter. Although the ICC has opened a war crimes investigation, Russia has withdrawn from the underlying treaty and is not subject to its jurisdiction. Before you rush to judgement, the United States has withdrawn too. Russia’s indifference to international law is best illustrated by its appeal to Article 51 of the UN Charter which deals with the right to self-defence. Token at best, mockery at worst. We all know that, without an independent enforcement mechanism, treaties are not like contracts in a rule-of-law based jurisdiction, and international law more generally contains a strong voluntary element.

We often hear experts say that Russia only understands hard power. But before we give up on international law, norms, and other constraints, it’s worth asking whether there is any basis for believing that a state is constrained by moral standards and, to the extent that the West has breached those standards itself, we can demand that Russia complies with them.

The sceptical analysis of Russia’s invasion restates the doctrine that foreign policy should only be concerned with a state’s interests and not with morality. It often suggests that Russia’s interests include ensuring that Ukraine does not join NATO. The West’s response to the invasion, driven in part by moral outrage, is naïve, misguided and even irresponsible. Instead, Western states should have dispassionately examined whether confronting Russia served their interests. If it did not, they should have looked the other way.

The underlying principle is not, however, quite what it seems. In the academic and policy discussions, the qualifying phrase ‘legitimate interests’ is often used, rather than interests. Morality is smuggled in through the word ‘legitimate’ which requires a value judgement. We hear echoes of this in the so-called Laws of Armed Conflict, codified in the Geneva Convention, with their focus on limiting the use of lethal force to military targets, such as combatants and weapons systems, and proportionality.

More significantly, even if a state wishes to pursue its interests without reference to legitimacy or morality, it is constrained by the animating morality of its people. There are well established philosophical and political theories for this proposition, but it might be simpler to just look at states’ real-world behaviour for evidence of it.

During the two Gulf wars, we saw regular briefings by the United States, including detailed information about target selection accompanied by video footage of smart bombs arrowing into their targets. This was because, from Vietnam onward, the West understood that it was constrained by public opinion driven, at least in part, by moral imperatives. It is not just the West that is vulnerable to public opinion. You might ask yourself why President Putin bothered to create his outlandish narrative about liberating Ukrainians from an oppressive regime controlled by drug-taking Nazis – and why he backed it up with criminal laws intended to prevent the domestic and foreign media, and Russian citizens via social media, presenting evidence that contradicts this narrative. This arch-realist knows that he, too, is constrained by public opinion.

In Britain, people may point to the Stop the War rallies before the second Gulf war, and the continuing and somewhat hysterical fixation on Tony Blair’s alleged misconduct, to demonstrate that there were no moral constraints on the British state. At the time, however, public opinion favoured the war. The eventual backlash in public opinion then drove Ed Miliband’s successful opposition to military intervention in Syria. And regardless, a state may ignore moral constraints in the same way an individual might. In neither case should we conclude that moral constraints don’t exist.

There is, of course, a huge overlap between a state’s legitimate interests and morality. It is the first duty of a state to provide for the protection, health, and prosperity of its people. There will be times when a foreign policy decision ostensibly based on moral imperatives also serves a state’s interests. And any mature moral outlook must afford other peoples the right to choose their own form and style of government – to live and let live.

As we watch Russia’s invasion progress and see clear evidence of women and children being targeted and killed as they try to evacuate charred residential suburbs, we can say with certainty that Russia has far exceeded its legitimate interests and is in breach of international law and generally accepted moral standards. Does this matter? Yes it does. It matters because ultimately the Russian people will decide how long President Putin remains in power and, as he has proven by his own conduct, the Russian people are more likely to act if they are morally outraged. Or to put it more practically, they are less likely to put up with soldiers being killed and economic sanctions when they don’t believe in the cause.

It also matters because, while the moral element in foreign affairs is, for very good reason, primarily a constraining force, it can also be an effective call to action. The moral outrage that Russia’s invasion has provoked has been a galvanising and unifying force among the nations of the world. It is the near universality of the response that provides its practical and moral force. It is also why otherwise cool and clear-eyed analysis of trivial actions, like Disney deciding not to distribute films in Russia, misses the point.

The sceptical analysis of this situation rightly asks whether the West can condemn and, by extension, confront Russia because Western countries have themselves engaged in direct and indirect action to overthrow the governments of sovereign states. This idea is particularly pertinent if you believe that the United States covertly supported, and potentially even helped foment, the Maidan revolution in 2014.

You can see the attraction of this position. It has a veneer of fairness, balance, and impartiality. It is, however, merely splashing about in the shallow end of the political and moral pool.

Firstly, it assumes a moral equivalence between the Russian invasion of Ukraine and, for example, the Gulf wars or the United States’ alleged actions in Ukraine. I’m not sure this bears much analysis, but neither time nor space permit a detailed examination here. Secondly, no matter how squeamish you are about these things, you can still proceed on the basis that the wrongs of the past can be acknowledged while the wrongs of the present are challenged. To suggest otherwise strains credibility.

More importantly, there is a risk that this position could be used, wittingly or unwittingly, to disguise the frightening consequences of a multi-polar world in which, below the surface chop, powerful opposing currents flow. Freedom and self-determination, the rights and dignity of the individual, limits on the use of coercion and state sponsored violence are being contested. Go ahead and criticise the West when you think it justified – that is your right and perhaps even duty. But that is very different to insisting that the West disqualifies itself from the greater struggle and simply concedes these fundamental human principles on behalf of itself and the people of the world.