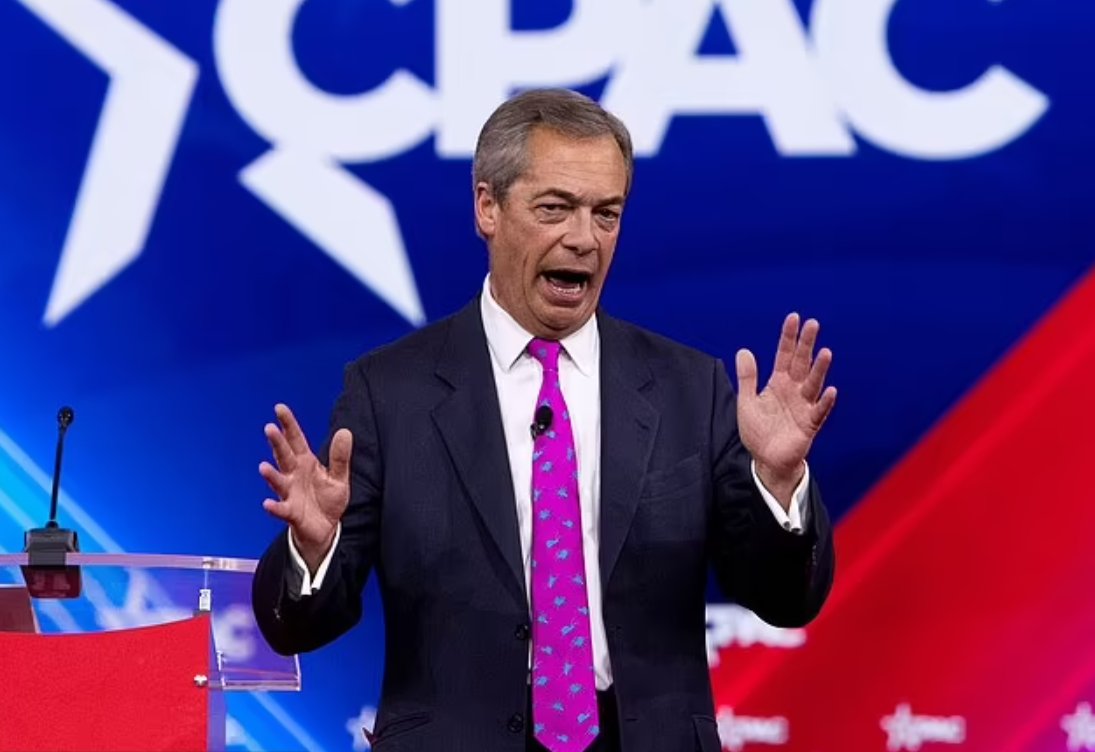 Nigel Farage is launching a political movement to campaign for a referendum on Boris Johnson’s controversial Net Zero policy to decarbonise the economy by 2050. The Mail on Sunday has more.

The former Brexit Party leader uses an article in today’s Mail on Sunday to announce that Britain Means Business – modelled on his successful campaign for a Brexit referendum – will call for the abandonment of the flagship green policy, which experts claim could cost £1.3 trillion.

Mr Farage’s intervention comes amid growing disquiet within the Cabinet over the burden the plan will put on an economy already creaking under the strain of the £400 billion Covid crisis and a surge in energy costs exacerbated by the disruption to gas supplies caused by the Russian invasion of Ukraine.

In his article, Mr Farage says “the political class in Westminster” has taken the country down a “ruinous path” by committing to the Net Zero target without any public debate being held.

Mr Farage, who has established Britain Means Business with Richard Tice, his co-founder at Leave Means Leave and the Brexit Party, describes the “Net Zero delusion” as “a scandal of epic proportions” which must be challenged.

The former UKIP leader calls for a “plebiscite on this act of appalling self-harm”, adding: “If we are not careful, the only zero will be the amount in people’s bank accounts as we send our jobs and money overseas.”

He writes: “Without any debate, our energy bills have been loaded with green subsidies. Our businesses have been disadvantaged, yet our leaders seem happy to outsource industrial production just as long as they can say it reduces Britain’s CO2 emissions…

“We will campaign for the 5% VAT on energy bills to be removed.

“Green subsidies are shovelled straight into the bank accounts of rich landowners, wealthy investors and foreign-owned conglomerates who own much of the renewable energy sector.”

Let’s hope movements like this can succeed in bringing more hard-headed realism into often fantasy-land debates about Britain abandoning secure, affordable and reliable energy in favour of unready and inadequate technologies.

Stop Press: The Sunday Times reports that some fracking wells are due to be concreted over in a couple of weeks, while in the Mail on Sunday the Conservative MP Lee Anderson says the fracking moratorium is “total lunacy“.

Stop Press 2: Taking a very different line, the Observer ran an editorial saying, “The crisis must not become a reason to drop our commitment to net zero target.” Good to see the ‘climate emergency’ zealots beginning to panic.

People’s Convoy Protesting Against Vaccine Mandates Circles Washington D.C. and Promises to Cause Travel Chaos Until Demands Are Met