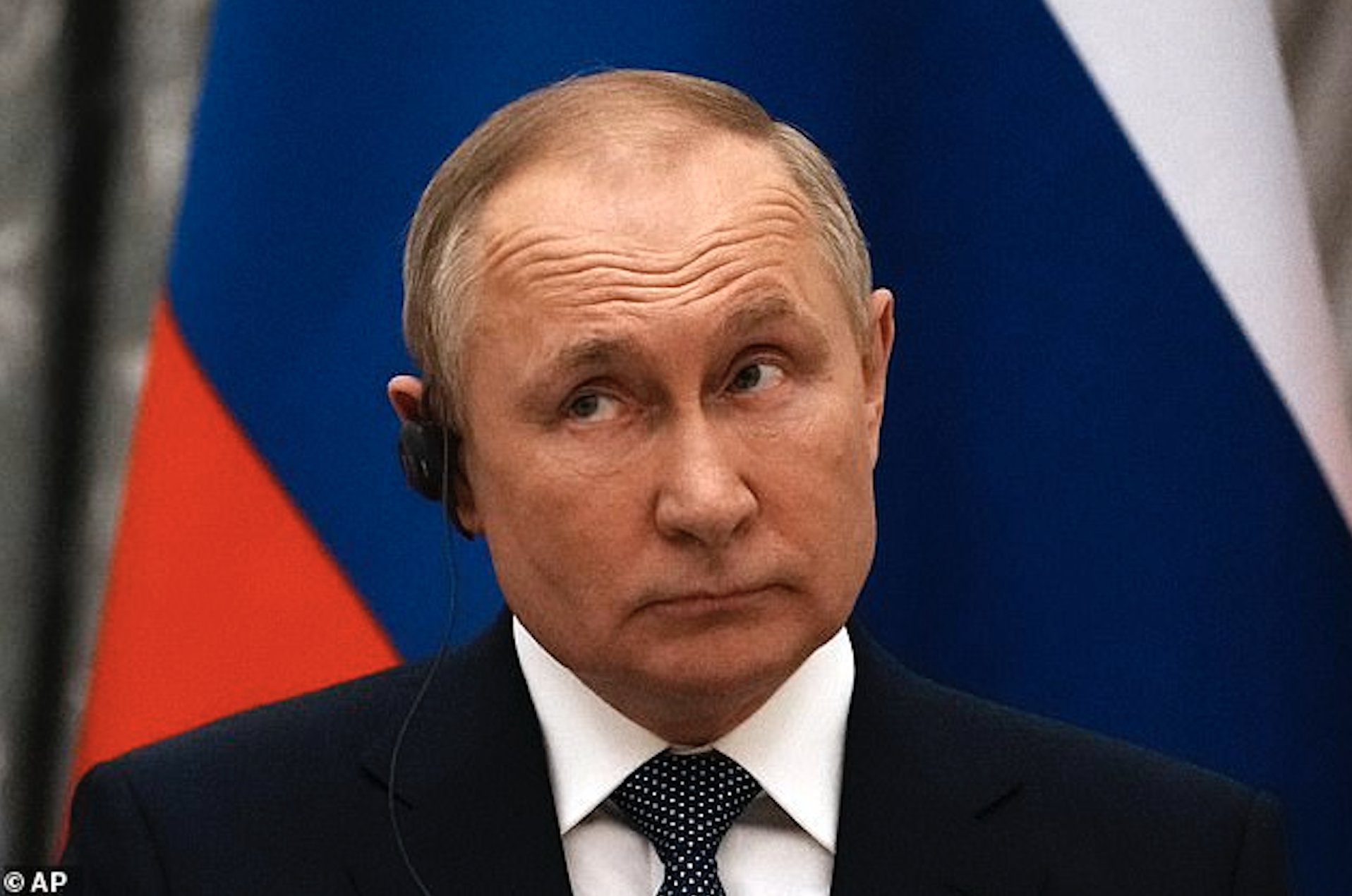 According to the Council for Foreign Relations in the U.S., Vladimir Putin may have lost his marbles due to a combination of Long Covid and prolonged bouts of isolation during lockdown. MailOnline has more.

With the eyes of the world on Vladimir Putin, questions are being asked about the Russian leader’s state of mind after he announced the invasion of Ukraine in “rambling, terrifying, apocalyptic” fashion.

Rumours surrounding the Russian leader’s health have been swirling for years, with repeated reports suggesting that he is suffering from cancer and Parkinson’s disease.

On top of that, the impact of the COVID-19 pandemic on both the President’s physical and mental health can’t be underestimated, and it’s been suggested that brain fog as a result of Long Covid could be impairing his cognitive function.

Although it’s not clear if he’s had the virus, the Sputnik vaccine is not known to be reliable and after isolating in September after members of his inner circle tested positive he disappeared from view for a long period in October.

The US think tank the Council For Foreign relations has speculated that, after behaviour and statements that are “off” and “not right”, he is suffering brain fog induced by Long Covid.

What’s more, the isolation caused by the pandemic itself could have left the 69 year-old even further detached from reality, with one neuropsychologist claiming the ‘progressive isolation’ could have led to hubris syndrome, which “diminished his ability to weigh up risk”.

It is commonly associated with a loss of contact with reality and an overestimation of one’s own competence, accomplishments or capabilities.

It is characterised by a pattern of exuberant self-confidence, recklessness and contempt for others, and is most particularly recognised in subjects holding positions of significant power.

Surrounded by Russian cronies who are terrified to tell him no, Putin is hardly a world leader who could be associated with being the most grounded or level headed.

But in televised addresses leading up to the invasion of Ukraine, he’s been by turns rambling, terrifying and apocalyptic while yesterday he gave a chilling warning to its allies in the West, promising there would be dire consequences for any foreign state that ‘interferes’.

Professor Ian Robertson, a neuropsychologist at Trinity College Dublin, has suggested he could be suffering from hubris syndrome.

Speaking to the I, Robertson said Putin’s political trajectory “is as much personal as political, because once the hubris syndrome takes hold in the brain, the personal and the national are identical because the leader is the nation and its destiny”.

Alternatively, he may just be a psychopath.

Why Are There So Many Heart Attacks?