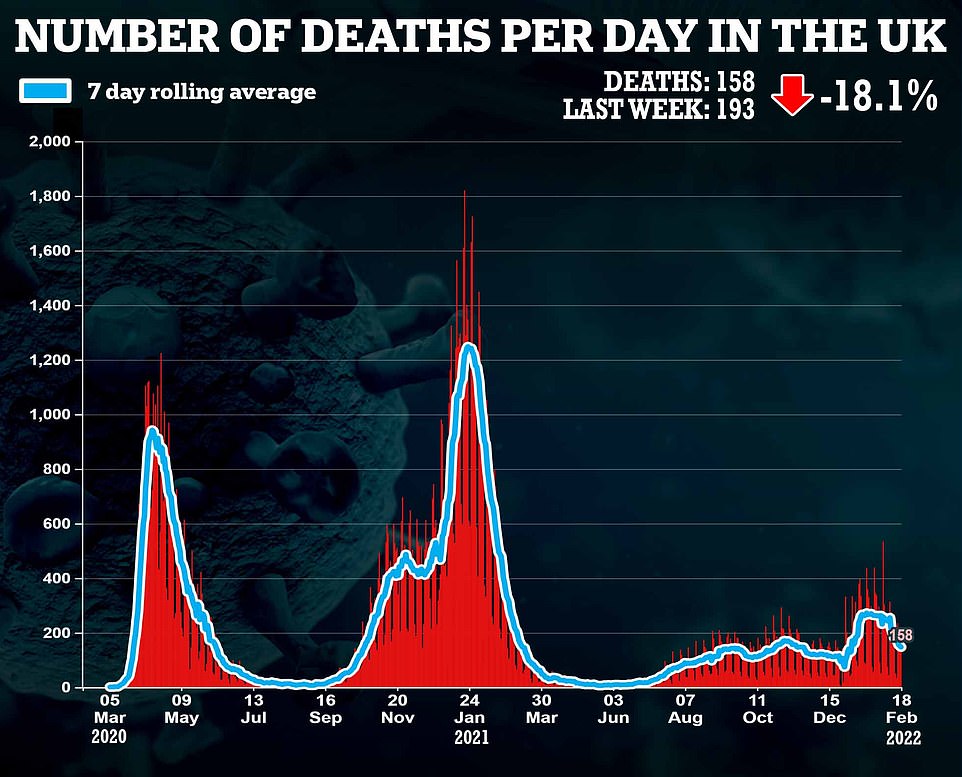 In a last-ditch effort to persuade the Government not to lift all Covid restrictions in the coming weeks, SAGE has raised the alarm about the prospect of a new mutant strain emerging. MailOnline has more.

Documents released today from the panel’s last meeting, just a day after the PM revealed he intended to scrap all the leftover curbs in England, warned that any sudden change to the rules carries the potential to accelerate the pandemic and trigger a “rapid” rise in cases.

One paper discussed by SAGE, which delved into potential scenarios that could emerge over the next few years, dismissed the milder nature of Omicron as being a “chance” event and argued that it’s a “common misconception” that viruses evolve to become weaker.

It warned of a “realistic possibility” that a variant could spawn that is just as lethal as other coronaviruses known to strike humans, such as MERS, which has a 35 per cent case fatality rate. Mutations are more likely while circulation of the virus is high, the panel said.

Referencing the document in its minutes, SAGE warned that the scenario – which they’ve already floated before – remained a “valid” possibility. But the report also admitted that it was equally realistic that the virus will mutate to become less lethal over time.

Experts told MailOnline the estimate is an attempt to maintain the “project fear campaign” despite SAGE having “no way of estimating the likelihood of a deadly new strain appearing that is vaccine resistant”.

It comes as Britain’s Omicron wave continues to fizzle out, with official figures showing the outbreak shrunk on all three fronts again today. The U.K. logged another 47,685 cases, 158 deaths and 1,280 admissions linked to the virus.

Three new papers from the influential group’s last meeting on February 10th were put into the public domain today while three others were published last Friday, including one warning dropping the remaining restrictions would “increase anxiety”.

The PM’s announcement last week was widely seen as a desperate ploy to appease hardline anti-lockdown Tory backbenchers and fend off a flurry of no-confidence letters following a spate of allegations about illegal lockdown parties in Downing Street.

Mr Johnson’s blueprint will be checked over by ministers this weekend before being announced on Monday when Parliament returns from recess.

He has already faced vocal opposition to his plans, with senior NHS leaders calling on No10 to park plans to ditch free testing and the legal requirement for the infected to self-isolate.

Matthew Taylor, chief executive of NHS Confederation – which represents health boards, said “now is not the time to take risks”, saying the Government should not “wave a magic wand” and pretend the virus has disappeared.

Let’s hope Boris holds his nerve. You’d hope so, given how many times his scientific advisors have cried wolf in the last 12 months.

The contrast with Denmark is telling. There, restrictions were lifted at the start of the month based on modelling from its Government scientific advisers and with the support of all political parties. Who your Government scientists are and what they say can make all the difference. The fact that we’ve been lumbered with the lockdown fanatics and incorrigible (and perennially wrong) doom-mongers on SAGE goes a long way to explain why extricating ourselves from the over-the-top pandemic measures has been such an uphill struggle.