The New Zealand Government Needs to Engage With ‘Freedom Camp’ Protesters, Not Send in the Police 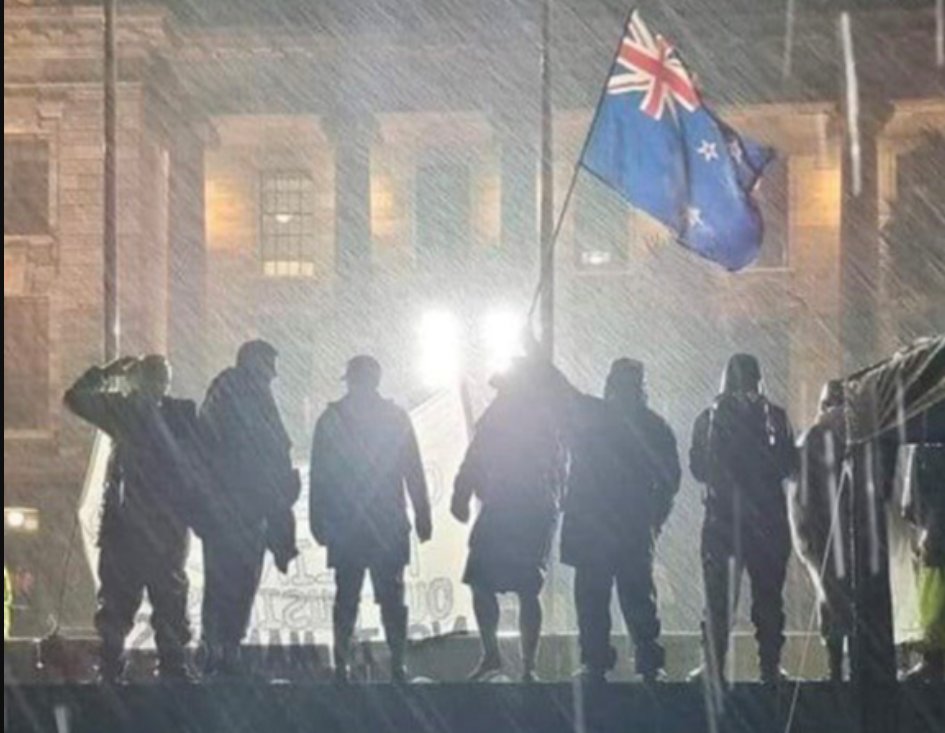 Inspired by the Canadian truckers, a number of New Zealand Freedom Convoys started out on February 5th from the tip of the North Island and the bottom of the South Island to converge on Wellington. Most of the South Island convoy is still camped at Picton (top of the South Island), unable to cross the Cook Strait by ferry. The North Island convoy arrived in Wellington early on February 8th and set up camp outside the New Zealand Parliament, blocking local streets with vehicles. While lacking central leadership and coming with a range of motives, all are calling for the lifting of mandated Covid health restrictions.

The anti-mandate protest camp outside Parliament poses a problem for Government authority. The Government’s response so far mirrors the effect (and often, it seems, motive) of the Covid public health orders in marginalising those who do not conform. The protestors have not been met by any politicians, as is the custom in New Zealand with protests against Parliament. They have been classified as an aggressive minority and have been accused of trespassing on Parliamentary grounds.

The Government’s dilemma is that to recognise any of the protesters’ demands will signify Government weakness, which – with declining polls – it can ill-afford. However, to take physical action to remove the protestors risks adverse publicity and the galvanising of more support. Yet to continue ignoring the protest – which appears to be there for the long haul – keeps it in the public eye, with the Government appearing reactive rather than proactive. There is no easy way out.

The Government has mishandled the situation so far. It should have realised that with every increase in restrictions and every mandate the protest movement would gather numbers, initially from those who are anti-lockdown, then anti-vaccine, then anti-mandate. With Government and opposition party apparatus all being so ‘on-message’ with health order controls, this blind spot is perhaps understandable, as few state workers would have raised concerns their bosses don’t want to hear, but as blind spots go it is a big one.

This protest is different to many previous high-profile protests in New Zealand’s history. Rather than a group campaigning on behalf of others, such as with the anti-apartheid protests, it is a group protesting about their personal treatment by the Government. They have ‘skin in the game’; the outcome significantly affects their lives.

On February 10th at around 8am, the police attempted to remove the protest group on Parliament’s lawn – estimated to be at least several hundred by official sources – one-by-one with tactics that resembled a rugby scrum. After taking most of the day to arrest around 120 protestors, the police withdrew. The police violence involved in removing a generally peaceful protest galvanised more people across the country to respond locally or join what they now call Camp Freedom. The central business district (city centre) roads in Wellington are gridlocked.

The inept state response this week shows the weakness of Government and its lack of strategy. Prime Minister Jacinda Ardern, when questioned about the protestors at a news conference, replied that it was a police matter and not for politicians. This is a serious miscalculation; it is high-stake politics. The failed police operation to forcibly evict the protestors from the lawn was not viable from the start. Purely from a numbers perspective, the rate of protestor removal was never going to succeed. The demonstration of police aggression went viral on social media and brought more protestors to support. New Zealand (unlike, say, France) isn’t accustomed to this intensity of protest.

Parliament Speaker Trevor Mallard’s decision to turn on the lawn sprinklers was an act of desperation and source of ridicule. In the festival atmosphere, protestors have responded with humour.

The Speaker’s latest hare-brained initiative is to blast music and vaccine adverts at the protestors. The protestors have brought in food kitchens and first aid tents, and are being creative in responding to the weather challenges as support through social media – like the rain, but much more welcome – is flooding in.

What should the Government have done? With hindsight, the simple answer is to have recognised the limits to its authority when it breached accepted norms of human rights and medical ethics. New Zealand had the benefit of seeing the Covid experience in the rest of the world, but the Government seems to have learned little and failed to anticipate how quickly the situation changes. If it had provided a ‘route to normal’ by announcing end dates to mandates and other restrictions before the protest reached the Parliamentary lawn, it may have taken steam out of the movement. Good leadership unites by providing a clear plan and end destination. Ambiguity and coercion lead to suspicion and division.

What should the Government do now? One thing seems for sure: it needs a political solution rather than a police operation.