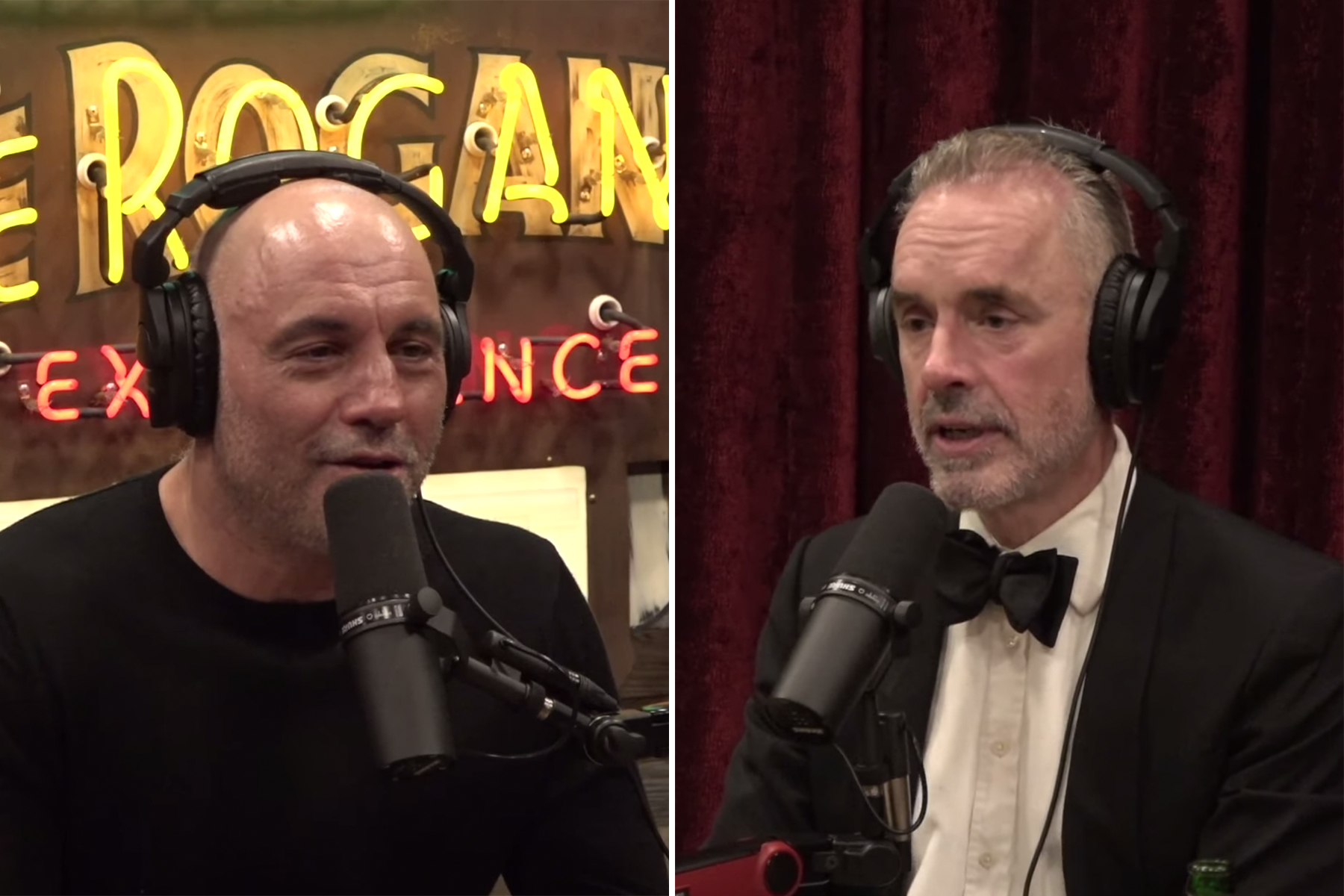 It’s been all Canada on Joe Rogan’s popular Spotify podcast of late. First, crinkly rockers Neil and Joni threw their guitars out of the pram when Rogan dared to broadcast a number of different opinions on Covid and vaccines. Then fellow Canadian Dr. Jordan Peterson said climate models compounded their errors, just like interest. Green activists and zealots (often known in the climate change business as ‘scientists’) clutched their responsibly sourced pearls and whined, “Lawks a-mercy, it’s outrageous!” and “Banning’s too good for them!”. The septuagenarian songsters briefly found themselves out of the headlines as the mainstream media rushed to quell a growing sceptical climate debate and rubbish a troublesome competitor.

Dr. Peterson suggested that the climate was too complex to be modelled. Such notions were said to be a “word salad of nonsense“, reported a distraught Guardian. Dr. Sarah Perkins-Kirkpatrick of the University of Canberra added Peterson had “no frickin’ idea”. Professor Michal Mann of Penn State University said Peterson’s comments – and Rogan’s “facilitation” of them – was an “almost comedic type of nihilism” that would be funny if it wasn’t so dangerous.

This of course is the same Michael Mann who produced the infamous temperature hockey stick that was at the centre of the 2010 Climategate scandal. The graph was used for a time in IPCC reports and showed a 1,000 year straight temperature line followed by a recent dramatic rise. This startling image was helped by the mysterious disappearance of the medieval warming period and subsequent little ice age. Discussion about the graph led to Mann pursuing a U.S. libel suit against the broadcaster and journalist Mark Steyn. In court filings, Mann argued that it was one thing to engage in discussion about debatable topics, but it was quite another to “attempt to discredit consistently validated scientific research through the professional and personal defamation of a Nobel Prize recipient”. He is not himself a Nobel Prize recipient, but perhaps he was referring to someone else.

Independent minded communicators like Joe Rogan and take-no-prisoner intellectuals such as Dr. Peterson command a worldwide audience and they are difficult to cancel. The battle between Neil Young and Joni Mitchell and Joe Rogan, sitting on a $100m Spotify contract, had only one free speech winner – at least for the moment. Meanwhile, the Guardian’s default position when faced with something unsettling like the ‘settled’ science of anthropogenic climate change is to declare it will not “lend” its credibility to its critics by engaging in debate. That was obviously not possible with Peterson’s remarks being plastered all over social media, although it could be argued that the Guardian reporting the vulgar abuse users posted in response is not much of a substitute for the usual lofty disdain.

Dr. Peterson attacked climate models on a number of fronts. In particular, he noted that as you stretch out the models across time “the errors increase radically”. In its way, this refers to the biggest problem that lies at the heart of the 40-year track record of climate model failures. To make a prediction, climate models are fed a guess of the increase in the global mean surface temperature that follows a doubling of atmospheric CO2. Nobody actually knows what this figure is – the science for this crucial piece of the jigsaw is missing, unsettled you may say. The estimates run from 1°C to as high as 6°C and of course the higher the estimate, the hotter the forecasts run.

As they don’t say in the climate and Covid modelling business – Garbage In, Garbage Out.

Meanwhile back in the real world, global warming has been running out of steam over the last two decades. Satellite temperatures, which have been available since 1979, provide a more accurate measurement of global warming (or cooling) than flawed and frequently massaged surface measurements.

The graph above from Remote Sensing Systems demonstrates the lack of warming measured by satellites and is displayed by the black line. Forecasts from climate models, contained within the yellow area, started to diverge significantly from the late 1990s, backing Dr. Peterson’s claim that over time they magnify their own errors. As with epidemiological models, there seems little incentive to tone down the inputs – it’s difficult to make a reputation, and secure grants, by saying that few people will die. In the case of climate models, there are also 204,000,000,000,000 reasons to exaggerate – this being the £204 trillion that McKinsey recently said must be spent to achieve the political goal of global Net Zero by 2050.

The ‘pure’ science around climate change is thin on the ground in the fast-growing Earth Science university faculties, more often than not a rebranding of the old Geography departments. The real science surrounds the effect of adding CO2 to the atmosphere, where an advanced knowledge of chemistry and physics is essential. Within such academic circles, there are growing doubts about the unproven hypothesis that humans cause all or most global warming by burning fossil fuel. While CO2 has been rising recently from a geologically ultra-low base, there is little correlation between the gas and temperature movement in almost any timeframe. Again Dr. Peterson is right to note that the climate is too complex to model accurately since there are almost countless other natural factors at work in a chaotic atmosphere.

Professor William Happer of Princeton has suggested that CO2 becomes “saturated” once it reaches a certain level, since it reflects heat back to Earth only within certain bands of the infrared spectrum. Increases in CO2 beyond current levels will have little effect on future warming, or cooling. Far from being harmful, the extra CO2 is highly beneficial for plant growth and food.

Recently, a group of physics professors from the University of Massachusetts led by Kenneth Skrable examined the carbon isotope trail released by fossil fuel burning. They found the amount of CO2  released was “much too low to be the cause of global warming”. The German physicist Dr Frank Stefani looked at the effect of the Sun and geomagnetic forces on the planet and concluded that the Sun alone accounted for between 30-70% of recent planetary warming

About two years ago, 48 Italian science professors wrote an open letter to their Government noting that the “advanced alarmist forecasts” of climate models “were not credible”. Natural variability, it was said, “explains a substantial part of global warming observed since 1850”. Catastrophic predictions “are not realistic”. The letter was signed by a number of distinguished academics including Antonino Zichichi, Emeritus Professor of Physics, a past president of the World Federation of Scientists and the discoverer of nuclear antimatter. Not that the folks who write for the Guardian would ever “lend” their credibility by talking about the climate with these 48 ‘denier’ scientists.

Mass Testing of Children is “Harmful, Invasive and Unevidenced” and Needs to Stop, Scientists Tell MPs