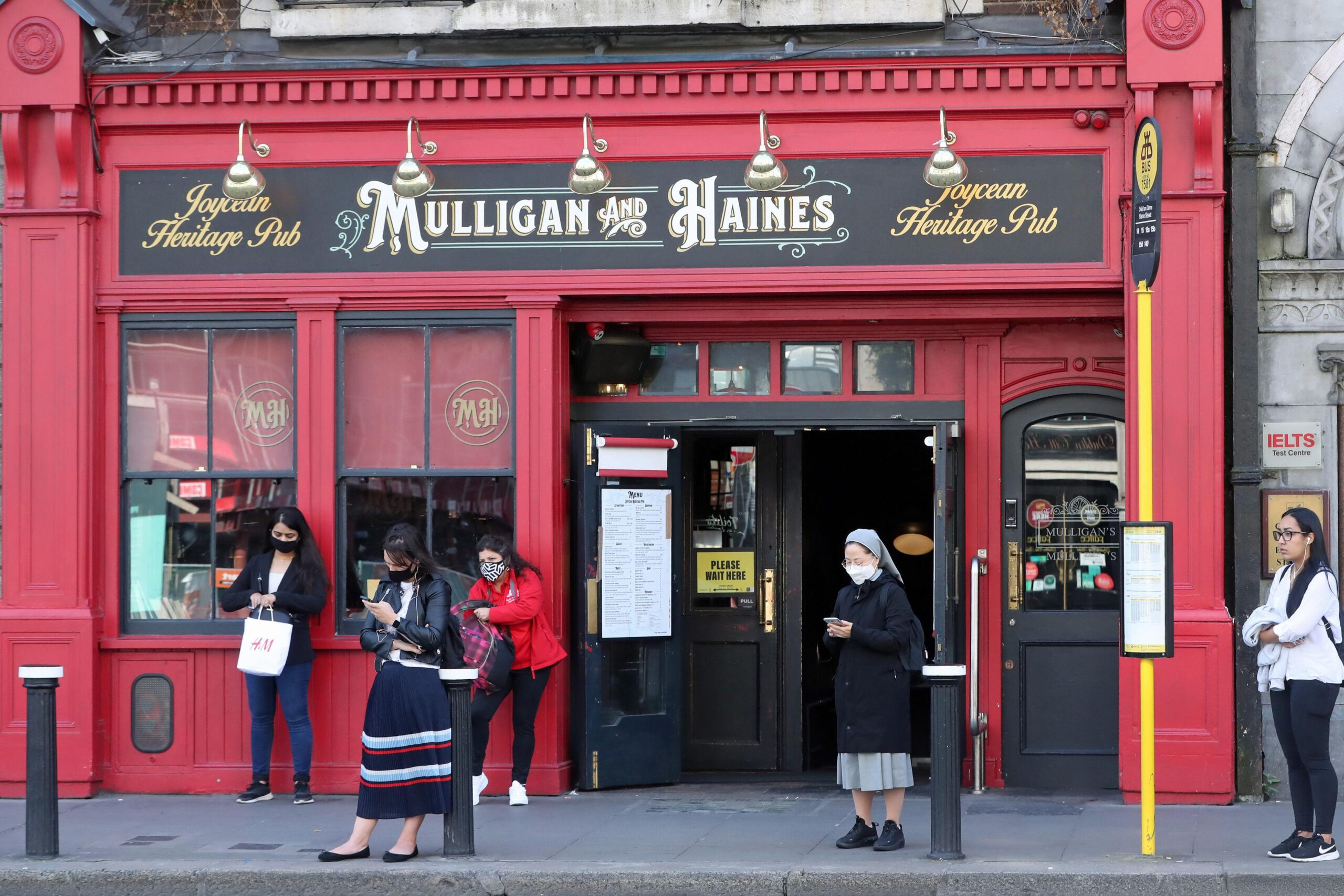 We’re publishing a “Postcard From Ireland” by longstanding contributor Dr. Sinéad Murphy, an Associate Researcher in Philosophy at Newcastle University. Her first visit to the home country for the first time in two years was both heartening and depressing, as she makes clear. Here is an extract:

Two years of the most turmoil the world had ever known, and the Republic somehow unchanged.

There were masks, yes. Oh my, were there masks. On the day before Christmas Eve, I sat in the car for a full hour-and-a-half just outside the entrance to Dunnes Stores supermarket, waiting while my sister queued outside to get in and then queued inside to get out again. I may have seen as many as 500 people as I waited, queueing outside to get in and then inside to get out again. How many went without a mask? Aside from very young children, not one. The Irish mask like no one else on earth – with the possible exception of the residents of Cambridge, Massachusetts.

Nobody in the Christmas queue for Dunnes Stores was ‘distancing’ in any noticeable or orderly way. Indeed, to conduct their many and lively conversations it was necessary for them rather to lean towards one another so as to understand and be understood. The Irish had not reneged upon their infamous propensity to chat, despite the masks. They doggedly went at it nonetheless, tracing common friends and family, establishing shared interests and opinions, remarking on the scene. It must have been hard work, gagged as they were. But they did it.