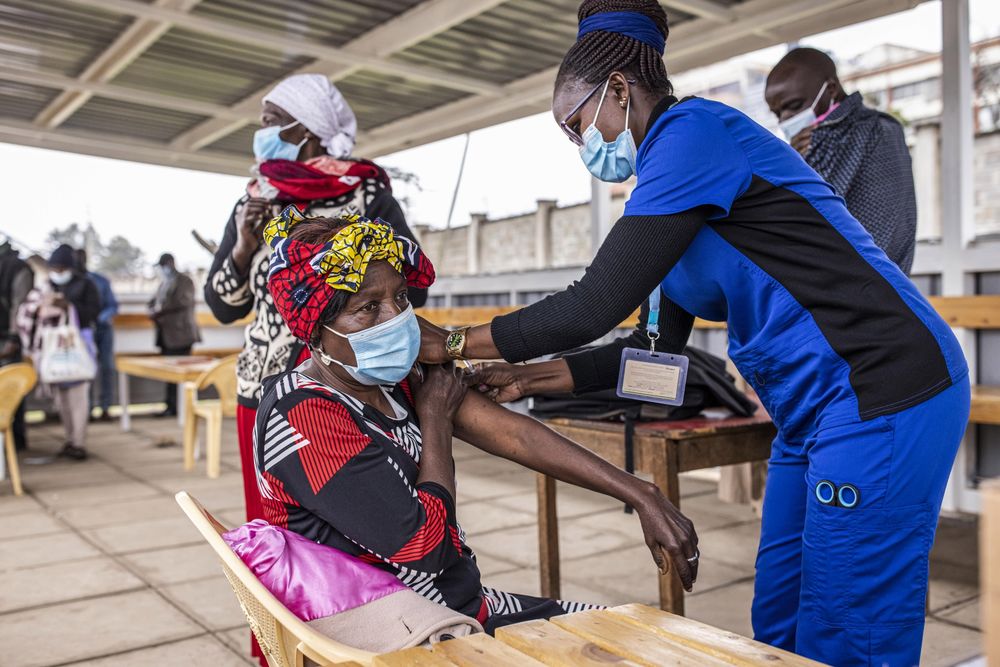 From December 21st, Kenya will prohibit the unvaccinated from entering bars, restaurants, and public transport in an attempt to drive up vaccination rates to avoid a winter surge in cases. However, only 10% of the population have been vaccinated, with the Government setting a target of vaccinating only 20% by the end of December when the restrictions come into force. BBC News has the story.

Kenyans will be barred from bars, restaurants and public transport from December 21st if they are not fully vaccinated against Covid, Health Minister Mutahi Kagwe says.

The measures are aimed at increasing the rate of vaccinations ahead of the festive season.

Less than 10% of the population is currently vaccinated.

Despite the concerns that some African countries have a shortage of vaccines, the Kenyan government is confident that it has enough for its inoculation campaign.

It has so far administered only 6.4 million jabs out of the 10.7 million it has received.

It is expecting a further eight million doses.

In a statement, Kagwe said Kenya had seen a decline in Covid cases over the last two months, with a positivity rate over the last 14 days ranging from 0.8% to 2.6%.

“The current decline in the number of new infections may be attributed to a build-up of immunity both through natural exposure to the disease and the ongoing vaccination exercise. Nonetheless we know that it’s not yet time to celebrate.

“We know that during the festive periods many of the known measures against the virus such as social distancing can easily get overlooked as people make merry,” Kagwe added.

From December 21st, people would have to be fully vaccinated to use public transport, including buses and domestic flights, or to enter hotels, bars, restaurants and game reserves, Kagwe added.

The same rule would apply to hospital and prison visits, as well as to Government buildings for education, immigration and tax purposes, he said.

The Government has set a target of vaccinating 10 million people by the end of December.

But this is just 20% of the total population, so the majority of the population could potentially be barred from Government services.

Conditional on Infection, the Vaccine May Not Protect Against Death in Over 60s

Vaccine Passports Make No Sense as the Vaccinated Are More Likely to Be Infected, Scientists Tell MPs