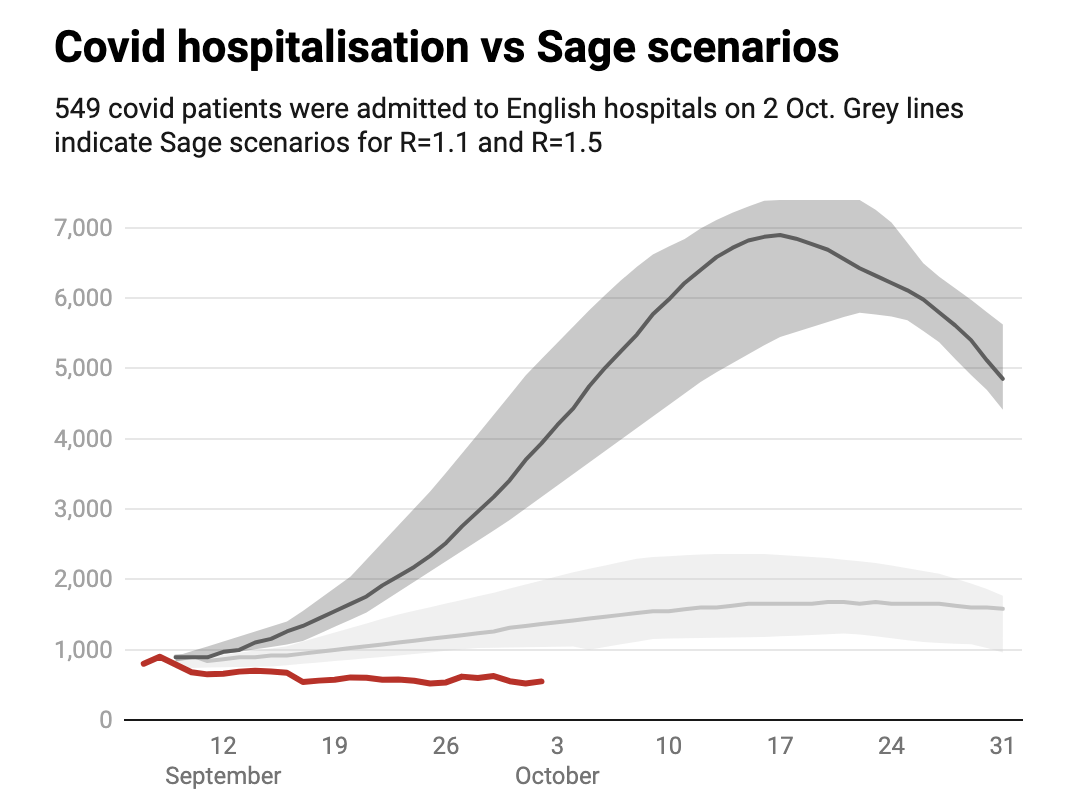 Covid cases in the U.K. have dropped for a fifth day in a row, official figures revealed today. MailOnline has more.

Another 35,077 positive tests were recorded across Britain, down 7.6% on last Monday.

Meanwhile, 33 deaths were registered among people who tested positive for the virus in the last 28 days. It marks a week-on-week drop of 17.5%. No Covid hospitalisation figures were provided for the U.K. as a whole – but that trend has also been falling.

The fatality figure lags several weeks behind infections because of how long it can take for infected patients to become seriously ill.

However, the Department of Health warned it did not receive all of the death data for England, which will have a “small impact” on the number of fatalities reported today.

Note: An earlier version of this story wrongly attributed a prediction of 50,000 cases a day by mid-October to Sir Patrick Vallance.

Government’s ‘Winter Plan’ Is Packed with ‘Nudges’ and Will “Confuse People into Compliance”, Says Laura Dodsworth

Government Has a Case to Answer on Children’s Vaccination, Says Judge