Covid Vaccination Open to All over-18s in England 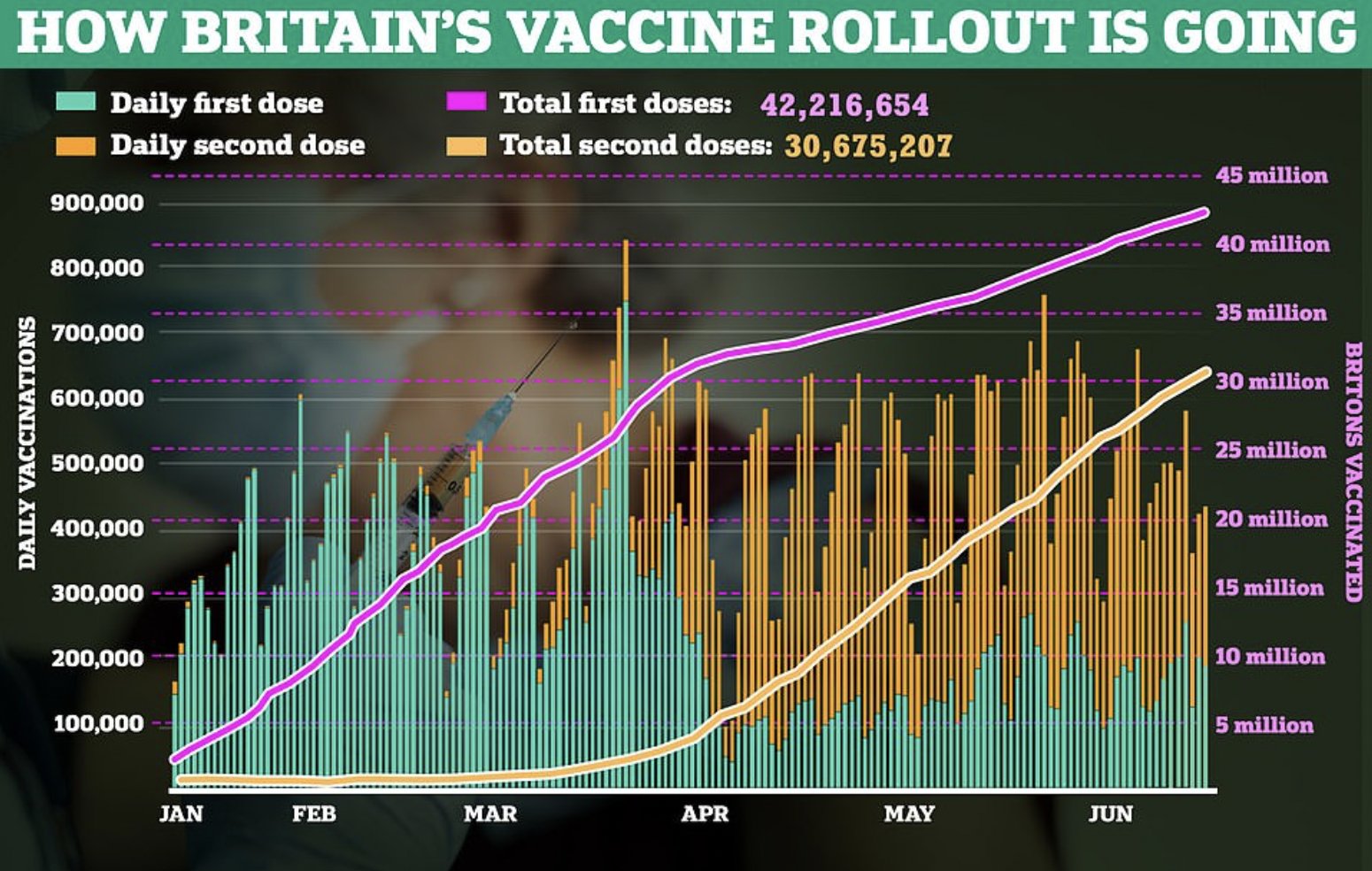 All English adults are now able to book a Covid vaccination as the number of over-18s who have been vaccinated nears 45 million (over 80%) – yet still we wait. Reuters has the story.

Prime Minister Boris Johnson on Monday pushed back the full re-opening of England from lockdown until July 19th because of a rise in cases, but also accelerated his vaccination plans, pledging to give every adult a first dose by the same date.

“Offering all adults a jab less than 200 days after the programme launched is one of our country’s greatest collective achievements, saving over 14,000 lives so far,” he said, referring to Public Health England estimates of the impact of the vaccine roll-out.

Britain has given a first dose of a Covid vaccine to more than 42 million people, almost 80% of adults, while well over a half have received both shots.

In Monday’s briefing, the Prime Minister said that current vaccination levels were not enough to justify unlocking the country and that two-thirds of the adult population must be fully vaccinated (a milestone that is expected to be reached by July 19th) if there is to be an effective “wall of immunity”. Even then, he warned that “a proportion of the elderly and vulnerable may still succumb [to the virus] even if they have had two jabs”.

The Reuters report is worth reading in full.

No Mandatory Vaccination for Care Home Staff in Wales