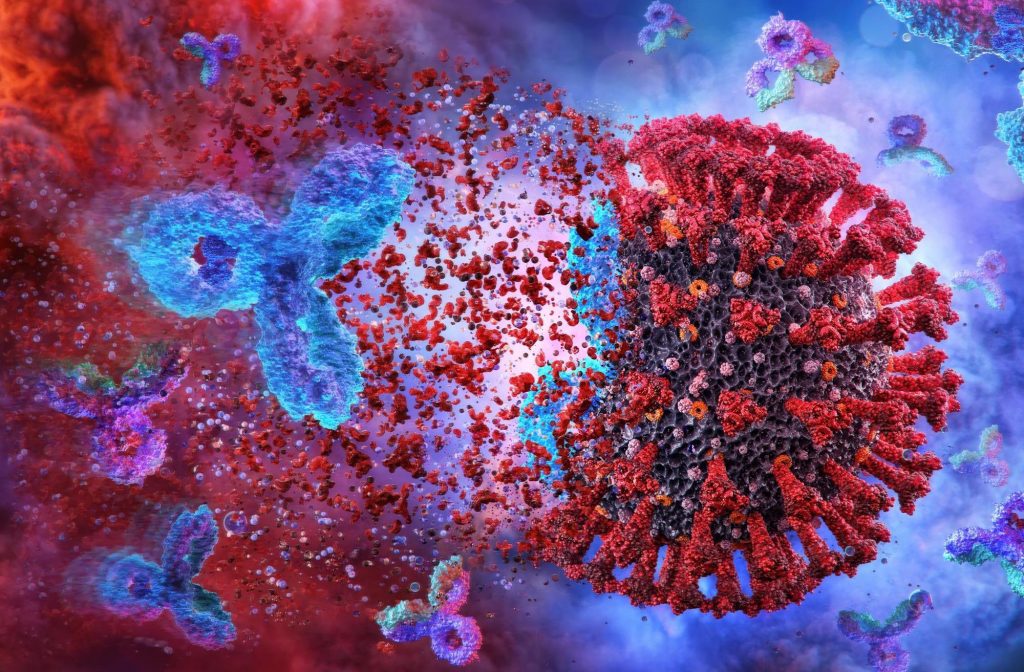 Back in October of 2020, the John Snow Memorandum was published as a letter in the Lancet. Originally co-signed by 31 scientists, hundreds of others have since added their names.

Although it does not explicitly name the Great Barrington Declaration, the Memorandum is widely understood as a response to that document. It refers to “a so-called herd immunity approach”, which proponents claim “would lead to the development of infection-acquired population immunity in the low-risk population”.

However, the Memorandum states: “This is a dangerous fallacy unsupported by scientific evidence.” And it goes on to claim “there is no evidence for lasting protective immunity to SARS-CoV-2 following natural infection”.

According to the organisers’ website, more than 6,900 scientists, researchers and healthcare professionals have signed the Memorandum to date (including names from Oxford and Harvard). So almost 7,000 people with supposed expertise deemed it plausible that natural immunity would not provide any lasting protection against reinfection.

Incidentally, the language used in the Memorandum may be partly responsible for the Great Barrington Declaration being mischaracterised as a ‘herd immunity strategy’. As the authors have been at pains to point out, this is like describing a pilot’s plan to land a plane as a ‘gravity strategy’. (Their approach is more properly described as ‘focused protection’.)

It’s now one year on from the John Snow Memorandum. Is there any evidence for “lasting protective immunity to SARS-CoV-2 following natural infection”? Yes, in fact, there is.

A recent systematic review (which has not yet been peer-reviewed) found that natural immunity confers a high degree of protection against reinfection. The researchers analysed 10 studies, and calculated a weight-average risk reduction of 90%.

But is this protection lasting? According to a new study published in Clinical Infectious Diseases, immunity persists for at least 12 months in the vast majority of convalescents (those who’ve previously been infected).

Chinese researchers carried out a “systematic antigen-specific immune evaluation” on 74 individuals, 12 months after their original infection. They found that “humoral immunity is present within ~95% of convalescents and T-cell memory against at least one viral antigen is measurable among ~90% of subjects at 12m post-infection”.

Although the researchers also had data from 28 healthy controls (individuals who’d never been infected), their sample was not large enough to estimate the protective effect of natural immunity on reinfection. Though it’s worth noting that not a single participant reported reinfection.

A study published last year analysed data on ten healthy males over a period of three decades, to see how often reinfections with seasonal coronaviruses occurred. They found that the median reinfection occurred after 30 months, suggesting that protective immunity lasts for years, not decades.

If SARS-CoV-2 is anything like the four other coronaviruses, we can expect immunity against reinfection to wane on a similar timescale. However, this seems more than sufficient to achieve focused protection, in the sense of shielding the vulnerable through the initial epidemic, and allowing time for treatments and vaccines to be developed.

Lockdown proponents might respond that lockdown need only have lasted as long as it took to develop the vaccines. But this argument completely ignores the costs side of the ledger. Focused protection could have worked, if only we’d bothered to try it.

Stop Press: The Brownstone Institute has compiled a list of 29 studies showing that natural immunity to SARS-CoV-2 is “robust, long-lasting, and broadly effective”. 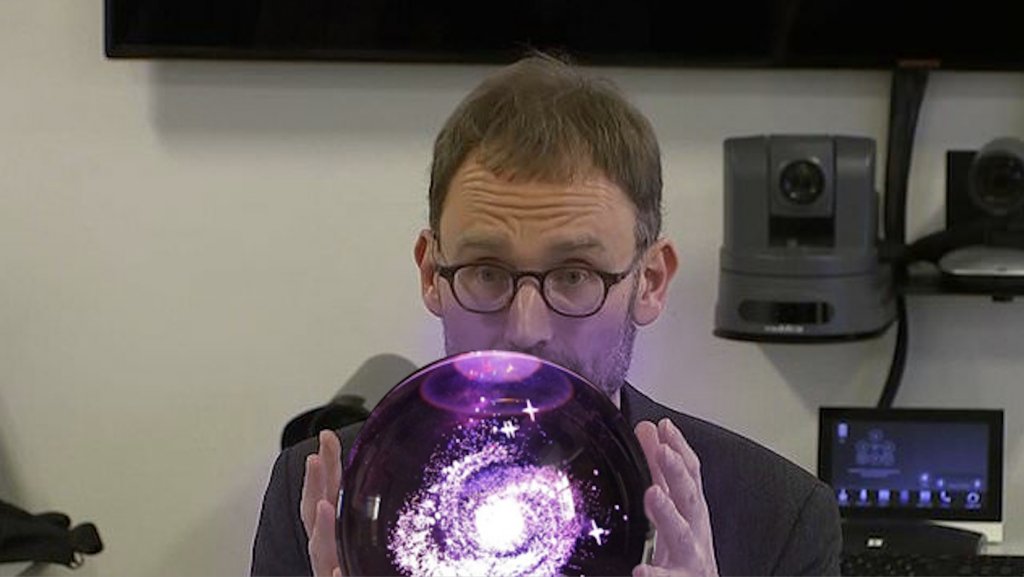 Guido Fawkes reminds us today that over 1,200 so-called experts signed ‘the Declaration’ – cooked up by the same people behind the John Snow Memorandum – warning of the terrible effect easing coronavirus restrictions on July 19th would have. The Declaration originally took the form of a letter in the Lancet, published on July 7th, in which 120 self-described ‘scientists’, many of them members of Independent SAGE, described ‘Freedom Day’ as “dangerous and premature”. They cited the SAGE modelling showing there would be 100,000 new Covid cases a day if the Government went ahead with its plans and set out the dire consequences for Britain and the rest of the world. “We believe the Government is embarking on a dangerous and unethical experiment, and we call on it to pause plans to abandon mitigations on July 19th, 2021,” they wrote.

Two weeks on from ‘Freedom Day’, their predictions aren’t holding up terribly well.

According to Public Health England, the number of new daily cases fell to 21,691 today, another five-week low. So the 1,200 signatories of the Declaration exaggerated the number of daily cases that would follow ‘Freedom Day’ by 500%.

The Lancet letter also predicted that hospital admissions would soar as a result of Boris’s recklessness:

The link between cases and hospital admissions has not been broken, and rising case numbers will inevitably lead to increased hospital admissions, applying further pressure at a time when millions of people are waiting for medical procedures and routine care.

Perhaps they should have thought twice before inserting that word “inevitably” because the latest data shows hospital admissions falling. “Another 731 admissions were recorded by officials on July 30th, the latest date available – down 15% on the week before,” reports MailOnline.

And it wasn’t just these 1,200 ‘experts’ who were sounding the alarm. Let’s not forget that Keir Starmer also described Boris’s plan to ease restrictions as “reckless”.

And, of course, our old friend Neil Ferguson said on July 18th that it was “almost inevitable” that daily cases would climb to 100,000 a day if Boris went ahead with the unlocking the following day and added that “the real question” was whether they would reach 200,000 a day or more and warned of a “significant burden on the healthcare system”. Out by 1000% – which is actually pretty modest by Ferguson’s standards.

As Guido Fawkes says: “Guido can’t remember a time 1,200 so-called experts were proven so wrong in one fell swoop…”

Boris’s decision to go ahead with ‘Freedom Day’ is the first time I can think of in the past 16 months when he’s stuck to his guns in the face of wildly apocalyptic claims from various ‘experts’ about the consequences of “letting it rip” (their phrase for giving us our freedoms back). On every previous occasion, because he’s done exactly as these gloomsters have asked, they haven’t been proved wrong. Admittedly, locking down three times hasn’t stopped the U.K. from having one of the worst Covid death tolls in Europe, and Sweden’s excess deaths in 2020 were lower than ours in spite of not locking down. But the crystal ball gazers have always been able to argue that things would have been so much worse if we hadn’t locked down. Yet this time – finally – Boris ignored their doom-mongering and, as a result, they have been proved spectacularly – and humiliatingly – wrong.

Will this experience stiffen Boris’s backbone the next time he’s prevailed upon by the Government’s scientific advisers, sundry public health experts and the chin-wobblers in the Cabinet to lock down again, which really is inevitable? We can but hope.