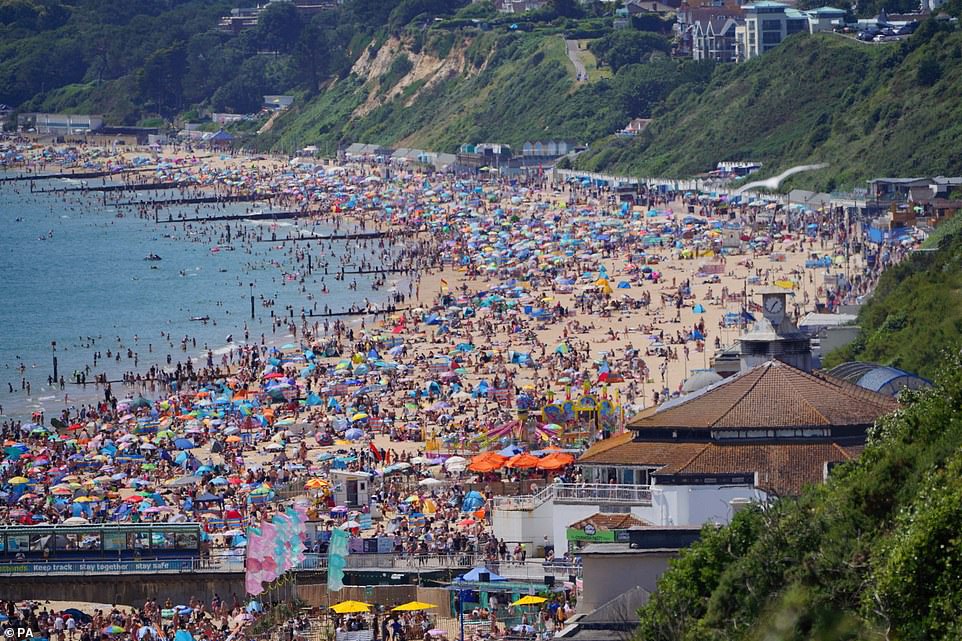 Sun-starved Britons flocked to beaches and parks today causing miles-long tailbacks on the hottest day of the year so far as temperatures hit 88F (31C), making parts of the U.K. warmer than the Caribbean. MailOnline has more.

The warmest parts of England today were Yorkshire, the Midlands and Bristol – and conditions could be even hotter tomorrow with the Met Office warning of 91F (33C) highs as the summer heatwave continues.

The balmy weather, driven by a blast of warm air coming in from the Azores in the North Atlantic, has prompted health officials to issue warnings about the dangers of extreme heat – especially to the elderly and vulnerable.

The sunshine is due to last until so-called ‘Freedom Day’ on Monday, the day when the last of the Covid-19 restrictions are due to be lifted by Prime Minister Boris Johnson, when thunderstorms could arrive.

Thousands of people have flocked to beaches across the country, with London and the South East seeing clear skies and highs of 84F (29C) today – with the mercury climbing to between 88F (30C) and 90F (32C) tomorrow.

And, for a change, the heat is being shared across the country – with the North Midlands and South Yorkshire hottest today, followed by the South East tomorrow.

Monday is expected to see the highest temperatures shift to the West Country. But we are still a long way off record temperatures – with the all-time UK record of 101.7F (38.7C) being set in Cambridge on July 25, 2019.

“It’s going to mean that people are really going to feel the effects of the heat as we go through this week.”

Worth reading in full – not least for the gallery of photographs showing people relaxing and enjoying themselves in the sunshine.