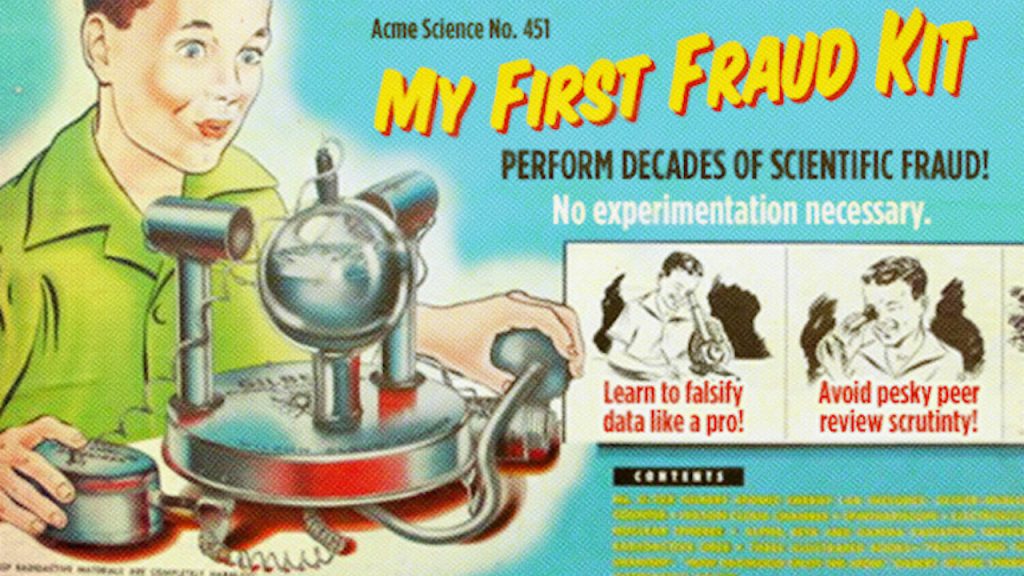 Earlier this month the BMJ published a blog post by its former editor Richard Smith entitled: “Time to assume that health research is fraudulent until proven otherwise?” The conclusion was essentially yes. Today we’re publishing an original piece by Mike Hearn looking at fraud and other problems besetting scientific research. Mike was a regular contributor to Lockdown Sceptics and the author of the site’s most read article in its 16-month history. Here is an extract from his latest piece:

It’s been known for years that a lot of claims made by scientists can’t be replicated. In some fields, the majority of all claims appear to not replicate due to a large mix of issues like overly lax thresholds for claiming statistical significance, poor study design and other somewhat subtle errors. But how much research is deliberate falsehood?

The sad truth is the size of the fraud problem is entirely unknown because the institutions of science have absolutely no mechanisms to detect bad behaviour whatsoever. Academia is dominated by (and largely originated) the same ideology calling for the total defunding of the police, so no surprise that they just assume everyone has absolute integrity all the time: research claims are constantly accepted at face value even when obviously nonsensical or fake. Deceptive research sails through peer review, gets published, cited and then incorporated into decision making. There are no rules and it’d be pointless to make any because there’s nobody to enforce them: universities are notorious for solidly defending fraudulent professors.

So let’s turn over the rock and see what crawls out. We’ll start with China and then turn our attention back to more western types of deception.

Mike goes on to describe a phenomenon I wasn’t aware of, namely, the prevalence of fraudulent medical papers by Chinese doctors.

In 2018, the U.S. National Science Foundation announced that: “For the first time, China has overtaken the United States in terms of the total number of science publications.” Should the USA worry about this? Perhaps not. After some bloggers exposed an industrial research-faking operation that had generated at least 600 papers about experiments that never happened, a Chinese doctor reached out to beg for mercy: “Hello teacher, yesterday you disclosed that there were some doctors having fraudulent pictures in their papers. This has raised attention. As one of these doctors, I kindly ask you to please leave us alone as soon as possible… Without papers, you don’t get promotion; without a promotion, you can hardly feed your family… You expose us but there are thousands of other people doing the same. As long as the system remains the same and the rules of the game remain the same, similar acts of faking data are for sure to go on. This time you exposed us, probably costing us our job. For the sake of Chinese doctors as a whole, especially for us young doctors, please be considerate. We really have no choice, please!”

Note the belief that “thousands of other people” are doing the same, and that these doctors need more than one paper to keep being promoted, so the 600 found so far is surely the tip of an iceberg given China’s size. There are about 3.8 million doctors in China implying that there are quite possibly tens of thousands, maybe hundreds of thousands of these things in circulation.

Mike is a former Google software engineer and has an excellent blog that you can find here. His piece is very much worth reading in full.