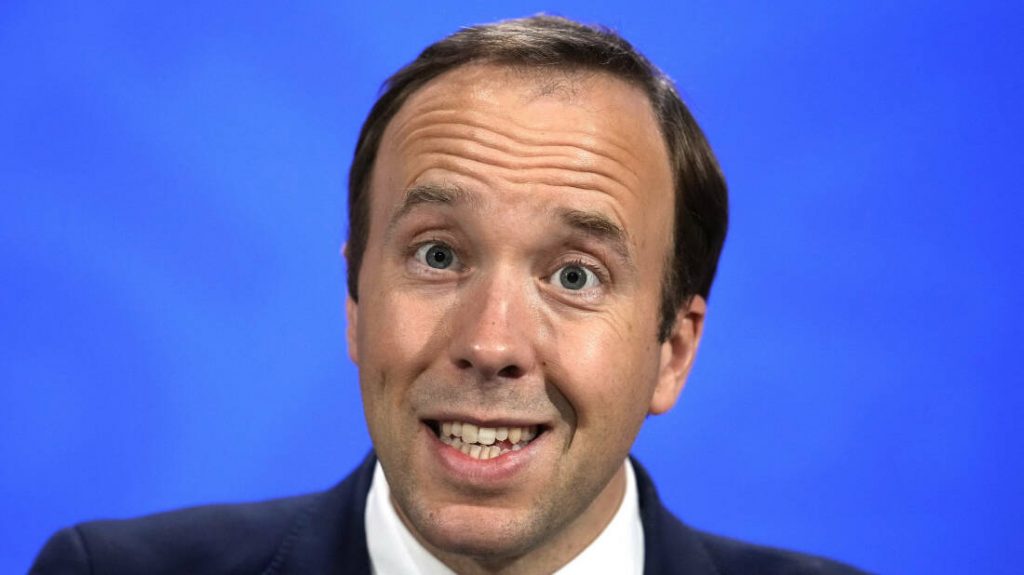 We’re publishing an original piece today by the historian and Lockdown Sceptics‘ regular Guy de la Bédoyère about the demise of Matt Hancock, which he sees as a source of hope. Here is an extract:

The truth of course is that the Government, despite some of its very remarkable achievements and initiatives of the last 15 months, also imposed dramatic and ultimately impossible pressures on its own members, advisers, and the rest of the population. Sometimes, self-destruction is the only means of escape. The former Health Secretary had constructed a compensatory image of himself as someone devoted night and day to saving lives and exhorting the nation to participate in his righteous crusade and turn every aspect of human existence towards one end. He knew he could not possibly live up to that, as he teetered along the edge of a cliff. I’m not surprised he became overwhelmed and found solace in other, more human, comforts, however clumsy and ill-advised.

The Prime Minister’s support of his minister was only to be expected. How could he do anything else? To have condemned the former Heath Secretary would have automatically turned the searchlight back on himself. It’s the best way to vindicate one’s own behaviour, or at any rate divert attention from it. Inevitably, the Cabinet lickspittles rallied round with their characteristic short-termism to add their chorus of approval for shutting the matter down, apart from trying to turn it into a question of national security. Patriotism, especially that brand of cod-patriotism, is the last refuge of a scoundrel, as Samuel Johnson so pithily observed. Fortunately, large swathes of the Conservative Party took a different view.

The shabby corralling of support was a self-inflicted, if unintentional, momentary conspiracy to unravel the Government’s collective authority. For the cynic it was a golden moment, to say nothing of the joy exhibited by the tabloid hacks handed this feast upon a plate. The Government will totter on and plenty of people will say it doesn’t matter what a Health Secretary gets up to in his private life, even if it is being conducted on the office clock at public expense. But that’s not the same as managing and maintaining prestige and authority. This latest escapade comes on the back of the G7 cronies living it up on the beach and enjoying a barbecue, to say nothing of the international travel involved.

Are we at a turning point? Yes, we probably are. There comes a time to say a quick goodnight and quietly fade away. A person made of sterner stuff than anyone in this administration of career mediocrities would have recognised immediately when the moment had come. Instead, we were treated for another day to the tawdry sight of a reptile grimly trying to cling on to the greasy ladder of power after first caking his hands in melted butter.