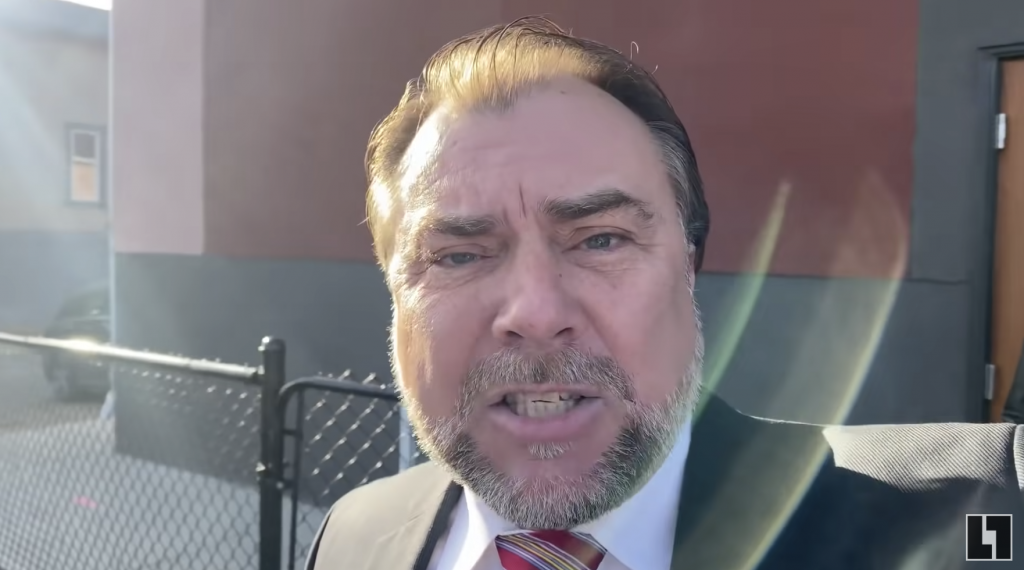 We’re publishing another original essay today by Donald S. Siegel and Robert M. Sauer, two professors of social science, about what ordinary people can do to push back against what they call “the public health police state”. They believe a good role model is Artur Pawlowsky, the Polish-Canadian minister who saw off the police when they tried to shut down his Calgary church on Good Friday. Here is an extract:

In the scene, the whimpering Fontane is complaining to the Godfather about the studio head who will not give him a movie part that is ideally suited to him and will launch his film career. He whines to Don Corleone, stating: “Oh, Godfather, I don’t know what to do.” The exasperated Godfather takes him by the neck and screams the following: “You can act like a man!”

An example of such a real man is Artur Pawlowski, a Polish-Canadian minister based in Calgary, who has bravely defied the Government’s COVID-19 public health orders. In Calgary, as in other parts of Canada, the severity of coronavirus restrictions is matched only by the paucity of the virus. Artur became a YouTube sensation when he openly defied the police and the public health inspector when they interrupted his religious service on Good Friday, referring to them as “Nazis” and “Gestapo” and belligerently demanded that they leave the church. He was ultimately arrested by the authorities.

In our view, Pastor Pawlowski is the modern-day equivalent of Cardinal József Mindszenty, leader of the Catholic Church in Hungary, who came to represent uncompromising opposition to fascism and communism in Hungary. After WWII, Cardinal Mindszenty was jailed and tortured by the Communists and given a life sentence in a 1949 show trial that was widely condemned in the West. Midszenty was ultimately freed and remains a potent symbol of opposition to Communism and a great example of resistance to the totalitarian repression of religious freedom. We need more religious leaders like Pawlowski and Midszenty to stand up to the public health police state. We also deeply admire the courage of the ultra-orthodox Jewish leadership in the U.S. and Israel for their enlightened opposition and vigorous civil disobedience.