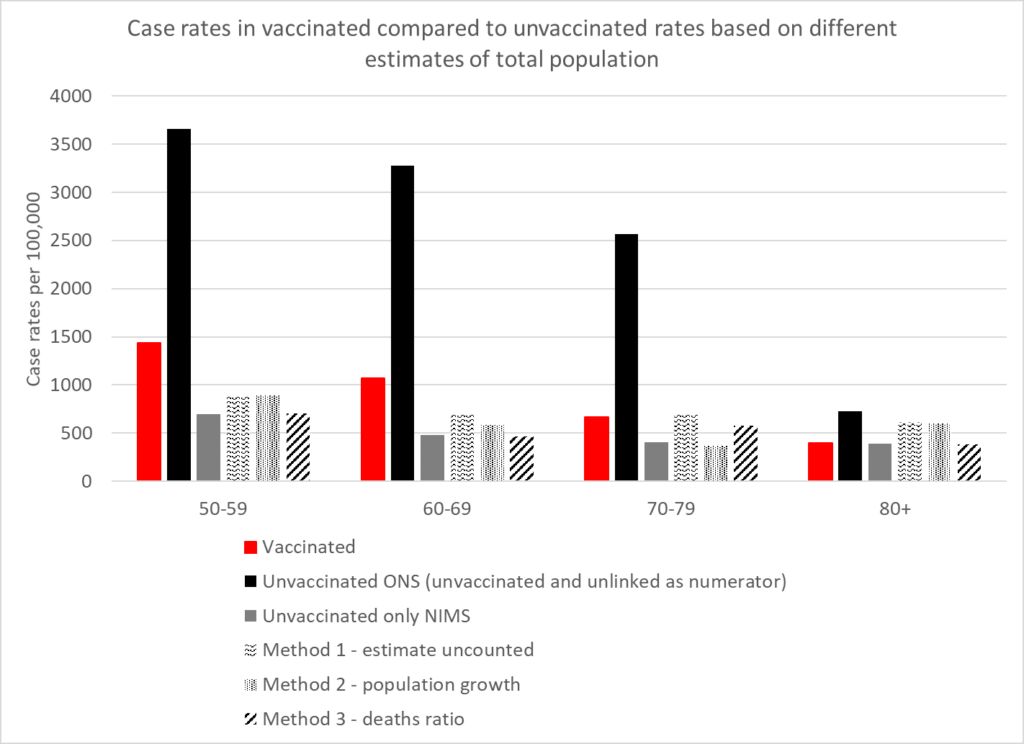 Back in October, when the critics rounded on the UKHSA for publishing vaccine data that didn’t fit the narrative, front and centre of their complaints was the claim that they were using poor estimates of the size of the unvaccinated population, and thus underestimating the infection rate in the unvaccinated. Cambridge’s Professor David Speigelhalter didn’t hold back, writing on Twitter that it was “completely unacceptable” for the agency to “put out absurd statistics showing case-rates higher in vaxxed than non-vaxxed” when it is “just an artefact of using hopelessly biased NIMS population estimates”.

To the UKHSA’s credit, while it conceded other points, it never gave in on this one, sticking to its view that the National Immunisation Management System (NIMS) was the “gold standard” for these estimates. It pointed out that ONS population estimates have problems of their own, not least that for some age groups the ONS supposes there to be fewer people in the population than the Government counts as being vaccinated.

How can we know which estimates are more accurate? A group of experts has applied analytical techniques in order to estimate the size of the unvaccinated population independently of ONS and NIMS figures. Using three different methods, experts from HART found that estimates from all three methods were in broad agreement with the NIMS estimates, whereas the ONS estimate was a much lower outlier.