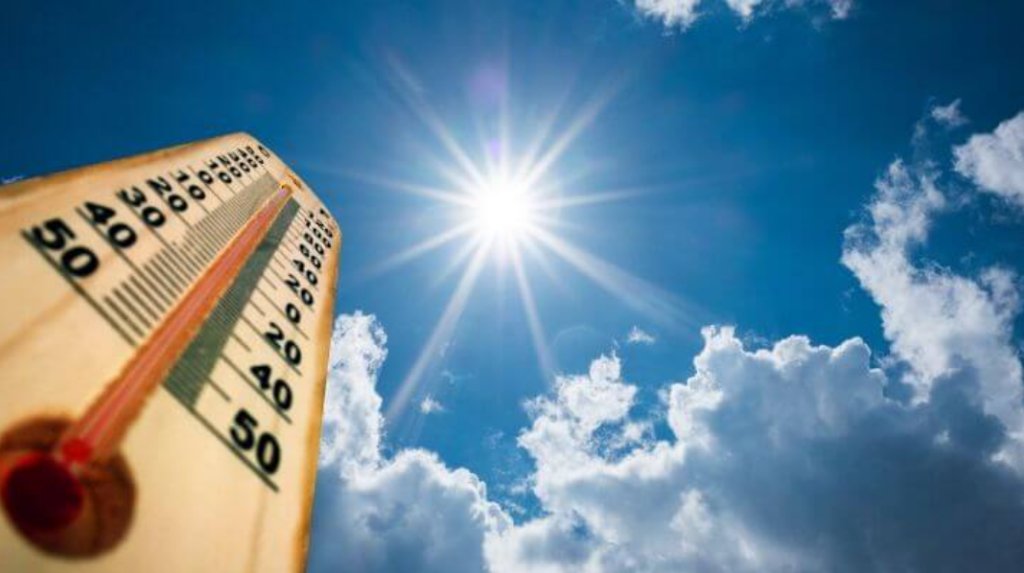 Britain’s Met Office says it is a 50-50 call that one of the next five years will see global temperatures leap by almost half a degree centigrade to 1.5°C above pre-industrial levels. The tidings were of course faithfully reported by mainstream media, keen, as always, to support the political messaging behind Net Zero. But curiously missing from the coverage was the fact that the absurd prediction relies on a base of heavily adjusted past temperature records, and the future occurrence of one of the most powerful natural El Niño weather fluctuations ever observed.

It is on El Niño that the bet mostly relies. A powerful fluctuation in 2016 ended a lengthy temperature pause and raised the reading temporarily by up to 0.2°C. El Niños are natural weather fluctuations that draw heat from the eastern tropical Pacific Ocean and distribute it around the atmosphere. There was also a powerful El Niño spike in 1998 and since that date, global warming has run out of steam.

Average global temperatures rose rapidly after the 1970s, but there has been little further warming over the most recent 10 to 15 years to 2013. So said the Met Office in a report about the ‘pause’ in global warming in 2013. But these days it’s ‘What pause?’ following two timely revisions of the Met Office HadCRUT temperature database, including the recent 14% boost revealed by the Daily Sceptic on Monday.

As the above graph shows, the December 2020 14% boost in recent temperatures in HadCRUT5 finally erased the inconvenient pause. An earlier revision to HadCRUT4 had started the work by removing a flatline trend and replacing it with some gentle warming.

Attempting to explain the pause when it was still around in 2013, the Met Office claimed that the additional heat from the continued rise in atmospheric carbon dioxide, “has been absorbed in the oceans”. There are of course constant heat exchanges between land, sea and air. Constructing a believable hypothesis that humans burning fossil fuel cause heat in the atmosphere, which suddenly decides to play temporary hide and seek in the oceans, was always a tall order. It was memorably given short shrift by the writer Clive James, who just before his death wrote: “When you tell people once too often that the missing extra heat is hiding in the ocean, they will switch over to watch Game of Thrones, where the dialogue is less ridiculous and all the threats come true.” He went on to add that the proponents of man-made climate catastrophe asked us for so many leaps of faith “they are bound to run out of credibility in the end”.

Massaging the Data to Eliminate Temperature Pauses, Deleting Evidence that there Were More Wildfires in the First Half of the 20th Century than the Second – Move Along Please, Nothing to See HereRead More 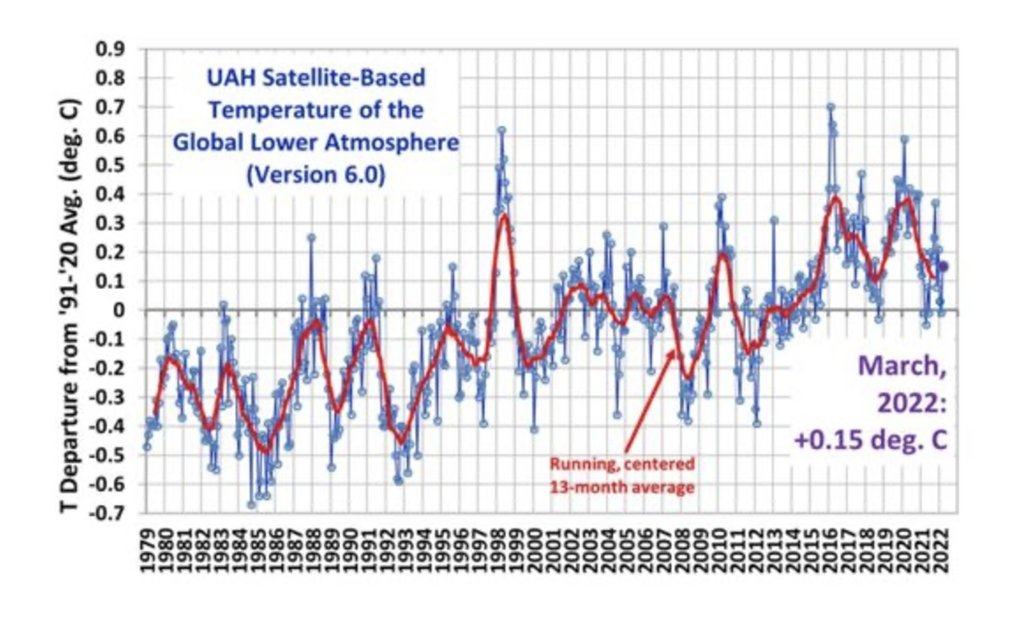 Groucho Marx once quipped: “Those are my principles, and if you don’t like them… well I have others.” Welcome to the world of global temperature setting and climate modelling where changes, no doubt for sound scientific reasons, almost invariably promote the Net Zero agenda. On Monday, the Daily Sceptic disclosed that the fifth revision to the Met Office’s HadCRUT temperature database boosted recent global warming by 14%. In fact, this was just the latest uplift in the HadCRUT series

The graph above, published in the climate science website No Tricks Zone, shows the change from HadCRUT3 to HadCRUT4. Overnight, a temperature flatline became a gently rising trend. At the time, many climate alarmists were worried about the pause in global temperatures that set in from around 1998. The carbon dioxide scare was becoming a potent weapon in the drive to introduce a control and command economy characterised by an agenda now called Net Zero. Scientists have spent decades trying to prove a constant link between CO2 emissions and temperatures, but to no avail. In the absence of actual proof, climate models guess that doubling CO2 in the atmosphere will lead to a rise of up to 6°C. As a result, their forecasts have long lost any semblance of reality in an era when global warming has run out of steam.

HadCRUT is a joint venture between the U.K. Met Office and the Climate Research Unit at the University of East Anglia. The latter of course was at the centre of the 2009 Climategate scandal, when a large leak of internal documents cast interesting light on some of the methods used to produce the IPCC ‘hockey stick’ graph. This graph accentuated recent warming by abolishing the substantial rises seen in the mediaeval warming period and the cooling of the little ice age.

In a paper published last month, a group of academics led by Meng Wei from the First Institute of Oceanography in Qingdao, examined the results of numerous versions of land, sea and merged temperature databases. They were said to “consistently show that the global surface temperature somewhat plateaus in 1998-2012 after the strong warming surge in 1975-97”. 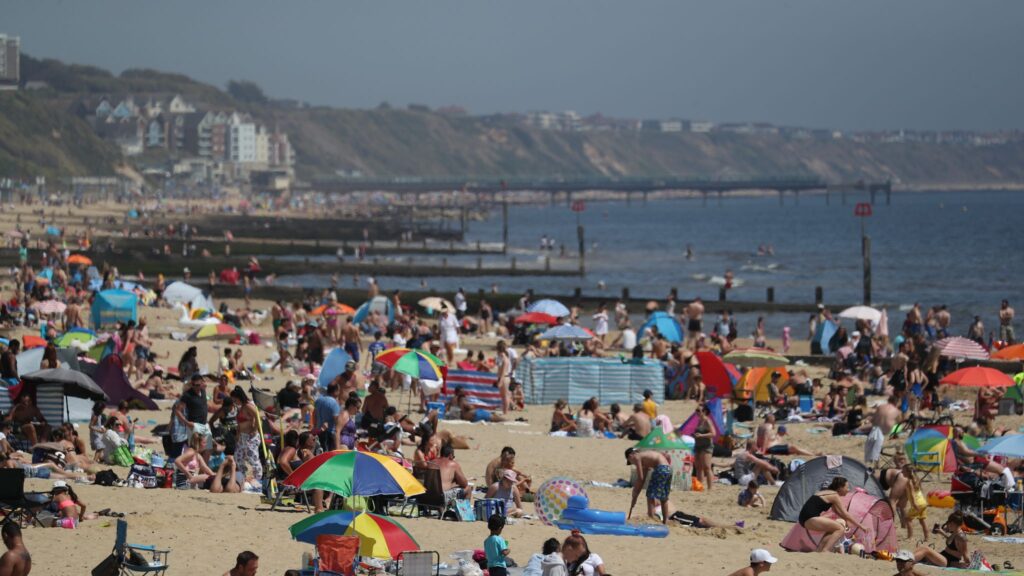 For most people, a few days of 25°C sunshine on the Cornish Riviera would make for a balmy and pleasant holiday. Last year, the Met Office classified three days of this as a “heatwave”, claiming the move was necessary since such “extreme events” were more likely because of climate change. Now comes news of further tinkering, with some eastern counties in England being given a heatwave threshold of 28°C.

Faithfully reporting the Met Office news, the BBC noted that heatwaves were linked to historical climate data. “The U.K. has been experiencing rising average temperatures in recent years as a result of global warming.” Actual Met Office figures suggest otherwise.