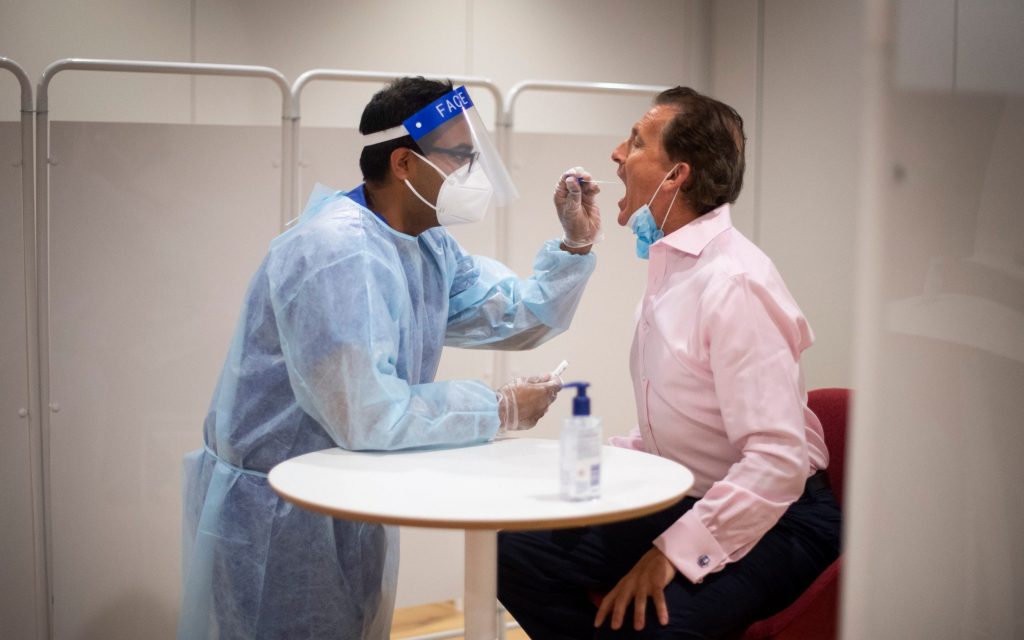 A Lockdown Sceptics reader has written to tell us about mandatory testing that’s happening at his workplace.

Regarding the story on Durham University today and lateral flow tests, you’ll probably be aware that there’s a growing problem of mandatory testing in workplaces.

I work in an office in London and we were told this week that twice-weekly tests are mandatory to come into the office. We currently have about 10 people coming in out of a possible 200+.

To make it worse, we were originally told these tests were advisory, but now apparently they are mandatory – something to do with the firm’s “duty of care to those with hidden underlying health conditions”. The people being tested are the same people who’ve been vaccinated of course, which shows the senselessness of the whole thing. And arguably makes the testing permanent, given that having been vaccinated doesn’t absolve you of the need to get tested twice a week.

People who hadn’t taken the test this week were sent home halfway through the day, despite having reasonable objections, including having recently had the virus (and so having the antibodies that meant they could neither catch it nor pass it on), and others not being prepared to risk having to self-isolate, given individual circumstances that make that impossible. Of course, companies can do as they please – but this is all so self-defeating and driven by all the wrong instincts.

Those of us grateful to still have a job and income have to pick and choose our battles. But why is there not more of an outcry over mandatory testing? Will mandatory vaccinations be next? You could make a case for all this (I personally wouldn’t) in a care home, but not in a normal office. Many people will say it’s the price we have to pay for getting back to normal, but it’s a high price.

My own circumstances are even worse but probably not unique. I refuse to comply with any of this because my partner had a miscarriage a few months ago, caused, we believe, by having to carry something heavy in her workplace which colleagues wouldn’t help with “due to the social distancing rules”. This is the true hidden horrific cost of lockdown and the other measures. She was then made to suffer alone in hospital on multiple occasions (family not allowed in), and even the paramedics were reluctant to come to the house – for a critical emergency – without ascertaining her Covid status. The cruelty of lockdown and the restrictions is my biggest bugbear, quite aside from its efficacy.

If other readers have stories about mandatory testing in their workplace, do email them to us here (saying whether you’re happy for us to publish your name).