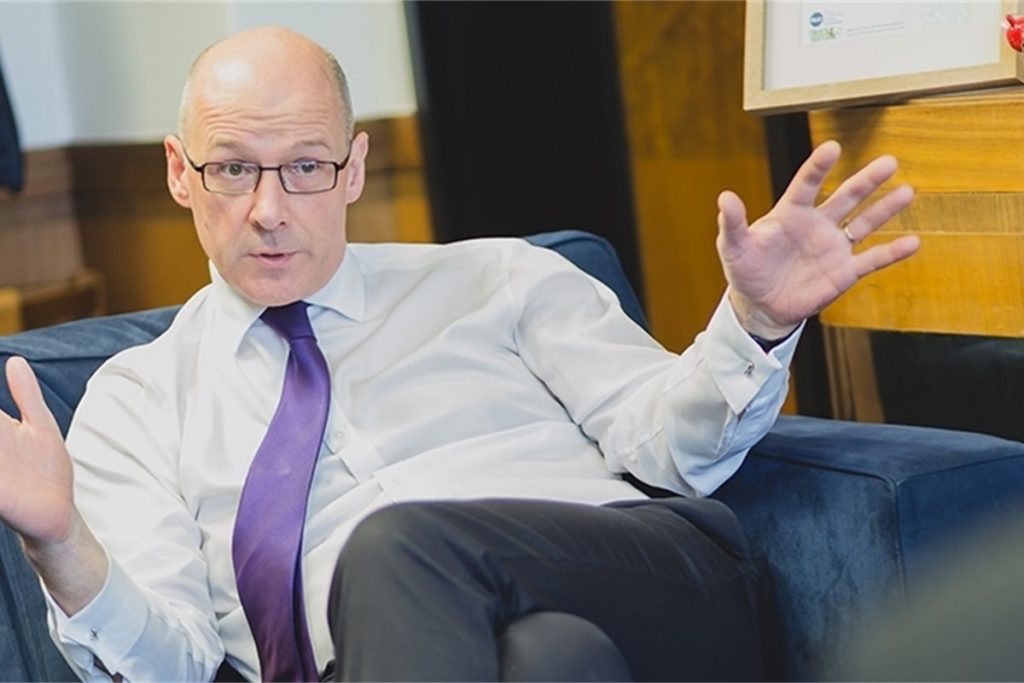 Deputy First Minister of Scotland John Swinney is under pressure to scrap vaccine passports after a new Oxford study found the double-jabbed are just as likely to pass on Covid to unvaccinated people. The Times has more.

The effectiveness of vaccines in curbing transmission – particularly with AstraZeneca doses – wanes over time, according to a study that appears to undermine the reasoning behind new laws requiring proof of vaccination to enter football grounds and nightclubs.

It comes as the Deputy First Minister said customers may now be required to show a negative Covid test as well as a vaccine certificate before being allowed to attend more indoor venues including pubs, restaurants, gyms and cafés.

However, this “theoretical option” has prompted a backlash from pubs and restaurants who claim they face “an avalanche of cancellations” if approved.

Revelations about the reduced effectiveness of vaccines after 12 weeks was highlighted in research led by the Nuffield Department of Medicine, based at the University of Oxford, which co-developed the AstraZeneca vaccine.

It found vaccinated people were almost as infectious as the unvaccinated 12 weeks after their second AstraZeneca jab.

The paper stated: “Transmission reductions declined over time since second vaccination, for Delta reaching similar levels to unvaccinated individuals by 12 weeks for [AstraZeneca] and attenuating substantially for [Pfizer-BioNTech]. Protection from vaccination in contacts also declined in the three months after second vaccination.”

The paper echoes research in the Lancet last month which found “the vaccine effect on reducing transmission is minimal in the context of Delta variant circulation”.

Swinney acknowledged the research but pledged to press on with vaccine passports in clubs and sports stadiums, and continue to consult businesses on expanding them to other settings.