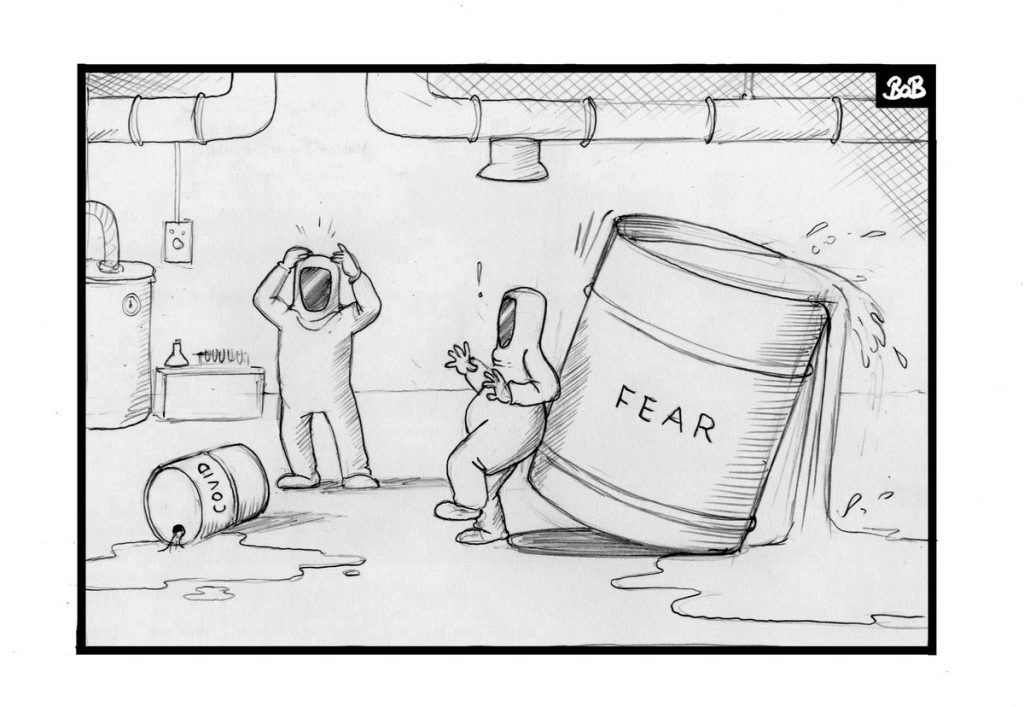 New polling by the MailOnline suggests that more than half of Brits have not yet cuddled a friend or relative since the easing of restrictions last Monday which “allowed” them to do so. Only a fifth are planning on holidaying abroad this summer.

Some 51% of those polled for [the MailOnline] claimed they had yet to take advantage of the easing of restrictions introduced on May 17th that allow them to wrap their arms around a loved one.

And in a blow to holiday firms and airlines, the same poll by Redfield and Wilton Strategies found that just a fifth of Brits are planning to take a foreign holiday this year.

More than half of those polled said they didn’t plan to take any form of holiday away from home this year, either abroad or in the U.K..

The findings show that the country is being extremely cautious in emerging from more than a year of lockdowns and travel restrictions despite the widespread roll-out of Covid vaccines.

Lucy Johnston recently drew attention to the long-term impacts of the Government’s (and the media’s) campaign of fear regarding the virus in her Sunday Express article on “Covid Anxiety Syndrome” (CAS).

Up to one in five is believed to have developed a “compulsive and disproportionate” fear of Covid, which would likely stay in place even if the virus disappeared completely. Warnings about the dangers of Covid have heightened the problem, and mixed messages about the level of danger have made it worse, said Marcantonio Spada, a Professor of Addictive Behaviours and Mental Health at London’s South Bank University, who co-authored the report [on CAS]…

Polling from Ipsos MORI suggests that even more than a fifth of the population could be suffering from CAS. It found that 28% of British adults aren’t looking forward to “greeting people with handshake/hug/kiss”. 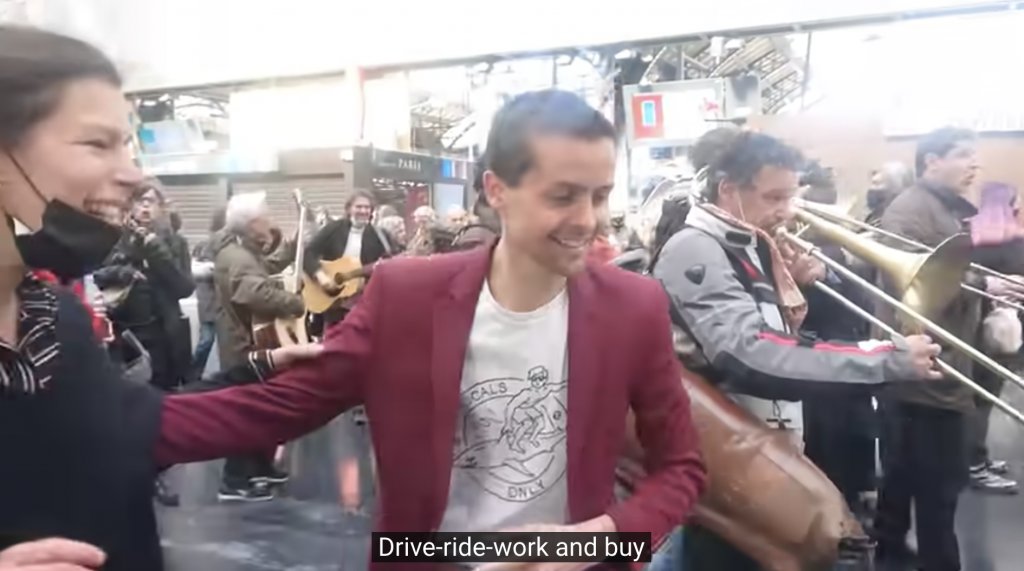 We’re publishing a new piece today by Dr. Sinéad Murphy, an Associate Researcher in Philosophy at Newcastle University, about the lasting psychological impact of lockdowns and the philosophy of safetyism underpinning them. Here is an extract:

We have been prodded this year by the devilish theme of safety, which has dramatically altered the contour of our lives. But now the colour of our lives may be changing too, as we are encouraged from all sides not only to stay safe but to be sensible.

On May 15th, the FA Cup final was attended by twenty-two thousand supporters. The fans were back. Football was back. And certainly, the real crowd did foreground how anaemic has been its virtual equivalent. But when Leicester scored the goal that won them the cup, their cheering fans were faced down by a line of officials, caped in plastic over their high-visibility jackets and fanning their outstretched gloved hands, palms downwards, in a calming gesture – Let’s be sensible, folks.

Two days later, May 17th, brought the return of hugging for anyone who had been observing the ban. But it is not a rush-into-the-arms hugging, not a big hugging, not a tight hugging, all of which have about them this new taint of excess. It is sensible hugging: faces turned in opposite directions and got over with as quickly as possible.

There is a new kind of puritanism abroad – casting its pall over our lives, already so out of shape. Those moments when life is brimming over, when we act on impulse, when our sides split with laughter, when we cry with anger or with joy, when we cannot let go our embrace or when we could talk and talk for hours: all have about them a new hue of poor taste. The palate of human life has been dimmed; Let’s be sensible, folks. 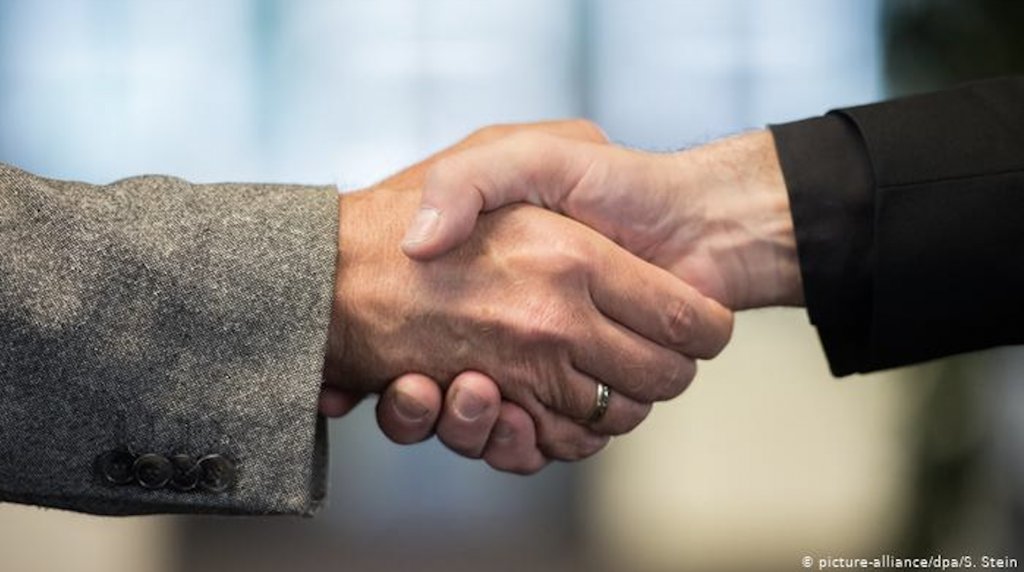 We’re publishing an original piece today by Dr David McGrogan, Associate Professor of Law at Northumbria Law School, in defence of the handshake. As far as Prof. McGrogan is concerned, we cannot hope to return to normal life unless we start shaking each other’s hands again. Here is an extract:

The handshake is alive and well and living in Paris – not to mention London, New York, and Stockton-on-Tees. Prohibition never eliminates a practice, as any fool can tell you; it just drives it into the weeds. And handshaking is no different. People are still doing it. And now it has a subversive edge. When somebody offers you their hand these days, it is no longer just the meaningless ritual of yesteryear – it sends some important messages, which are all the more profound for the fact that they are not consciously sent or received. Human communication is not just verbal, but physical, and one only has to think for a second to realise that our physical ways of communicating – kissing, hugging, shaking hands – are often the most significant. What words are there that can surpass a simple hug from a loved one at a time of crisis? Or a first kiss? Or a handshake on the playground after a fight?

The first unconscious message sent by the post-2020 handshake is simply stated: you and your fellow hand-shaker are simpatico. The mask-wearing, the social distancing, the fear-mongering – maybe you’ll go along with it if you must, but deep down inside, you hate it. And with that furtive handshake, both of you now know that you’re in the same club. The wheat has been separated from the chaff.