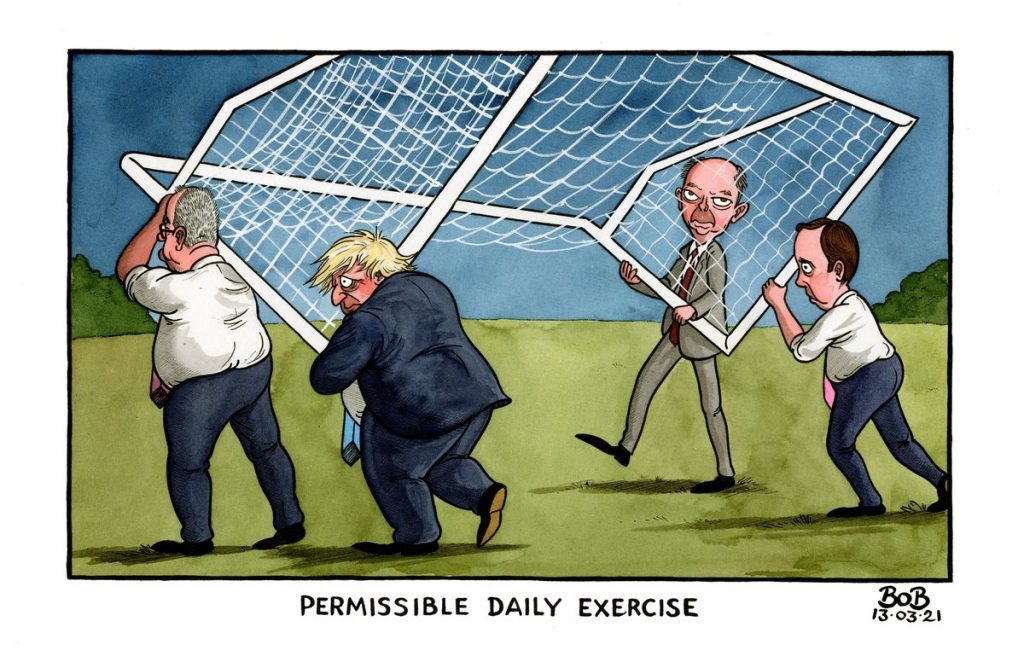 We recently marked the first anniversary of “three weeks to flatten the curve”. It has been difficult at times to keep up with the latest requirements set by the Government to unlock Britain. Our vaccine rollout has been successful – almost half of our total population has received at least one dose of a Covid vaccine and more than six million people have received both. This was supposed to set us on “a one-way road to freedom” but the rhetoric seems, not for the first time, to have changed. Matt Hancock has suggested that freedom can now only be reclaimed through weekly mass testing.

MailOnline has compiled a list of all the times the Government has moved the goalposts when it comes to relaxing restrictions.

Ministers introduced the first lockdown last March in order to “flatten the curve” of Covid infections, preventing a crisis that would overwhelm hospitals.

People were ordered to stay in their homes to prevent the pandemic ripping through society and causing the NHS to come under strain it could not cope with.

Experts agreed infections would inevitably occur but that spreading them [sic] the cases over a longer period of time… would make it easier for hospitals to cope.

In an attempt to justify hitting the nuclear button on lockdown, the Prime Minister presented graphs at Downing Street press conferences to illustrate why the plan would bring the outbreak to manageable levels.

But the PM – who later publicly backed calls that Britain needed to learn to live with the virus, saying restrictions did not provide an “enduring solution” because the price was “too heavy” – refused to budge on easing lockdown until late in the summer, even though cases had dropped to negligible levels.

Restrictions weren’t drastically lifted until “Super Saturday” on July 4th, by which time just 45 Britons were dying of Covid each day, on average. For comparison, the current figure stands at 30.

Critics accused Number 10 of silently changing its Covid-fighting strategy, morphing from containing the virus to seemingly trying to eliminate it – which experts insist is impossible.

All the Times Boris Johnson Has Shifted the GoalpostsRead More