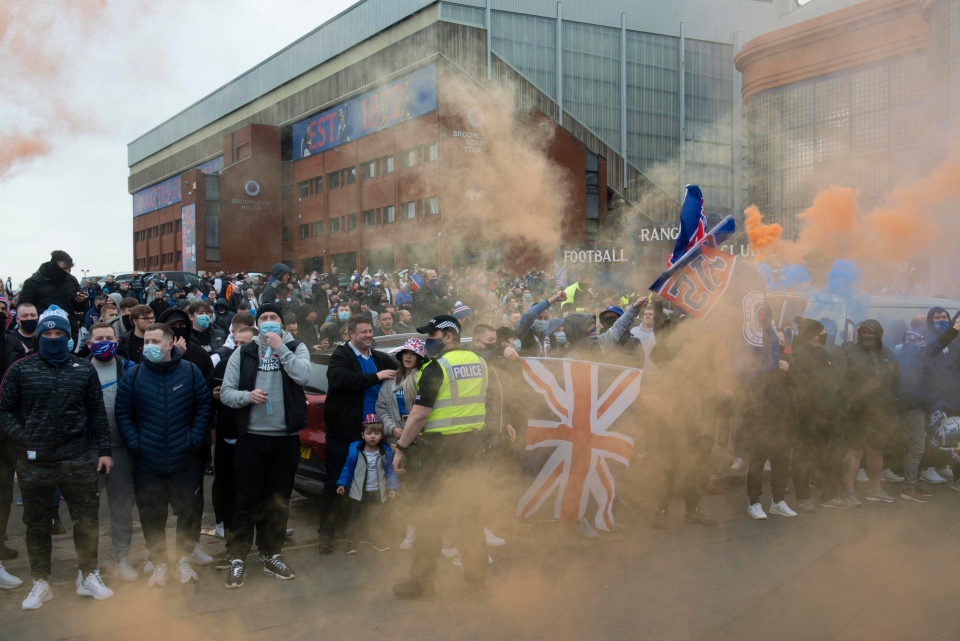 Arrests have been made following the gathering of Rangers fans celebrating their Scottish Premiership victory. Nicola Sturgeon accused fans in Glasgow of “risking their lives“. The National has the story.

Police Scotland arrested 28 people after thousands of Rangers fans gathered in Glasgow on Sunday to celebrate winning the Scottish Premiership.

A further seven people were issued with fixed penalty notices or will be reported to the Procurator Fiscal.