The Department of Health and Social Care (DHSC) has been criticised by the House of Lords for failing to clarify whether thousands of carers who were sacked for not getting a Covid vaccine can have their jobs back and whether ‘no jab, no job’ for new health and social care recruits is being sneaked in by the back door. MailOnline has more.

The House of Secondary Legislation Scrutiny Committee has said there are still “a lot of loose ends that must be addressed”.

Up to 40,000 workers were effectively fired when the highly controversial “no jab, no job” policy was introduced in November.

Health chiefs then U-turned on the legislation, which was also going to be placed on NHS workers from April 1st. Hospital staff weren’t affected by the mandate because it had yet to come into force, but care homes had already been forced to get rid of any unjabbed carers.

Industry bosses warned it was too late because many wouldn’t bother coming back to the hugely understaffed sector, which was already short of 100,000 carers before Covid struck.

Baroness Bakewell of Hardington Mandeville, one of the committee’s members, praised the DHSC for the information and scientific evidence behind the decision to revoke the jab mandate policies. But she said: “There are issues that still give cause for concern.”

In a memorandum provided to the committee, the DHSC said it is “engaging with the NHS” to review recruitment policy to consider “vaccination status” when hiring new staff.

Baroness Bakewell said that any such move “needs proper evaluation in light of the pandemic experience”. And she said it was “disappointing” that the DHSC remained silent on whether sacked staff can or should be reinstated. The DHSC said that the matter of rehiring staff was to be decided by “each individual employer”.

Why is the Government not making clear that now we are ‘living with Covid’ there is no place for excluding people from health and social care work due to their vaccination status? Ministers must ensure ‘no jab, no job’ is not being brought in by stealth, as it is unnecessary and detrimental to the sector. 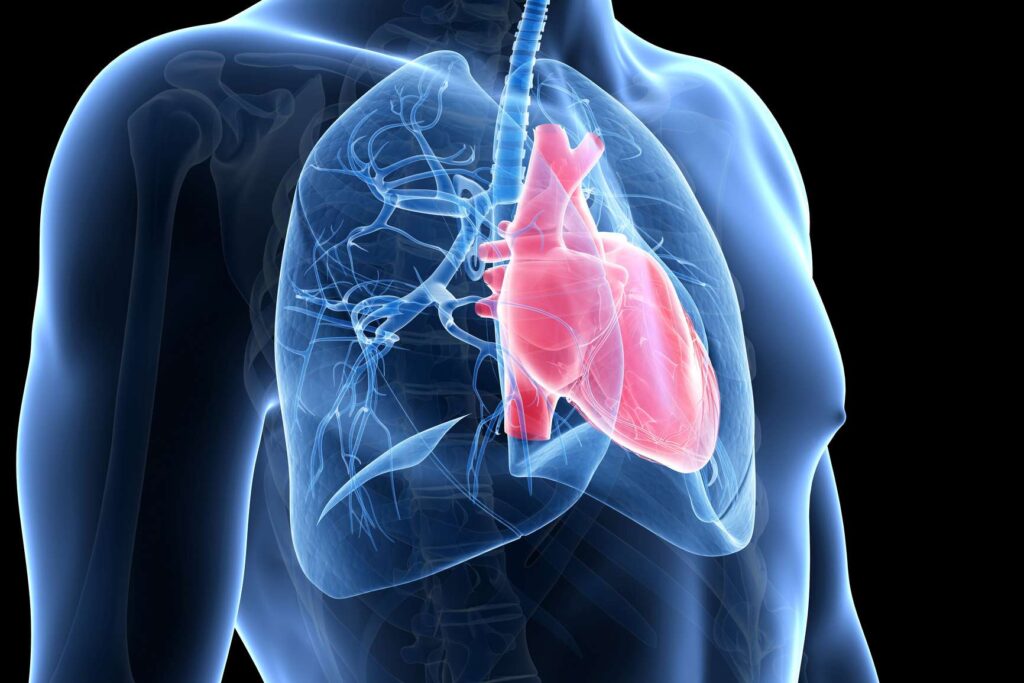 When Daily Sceptic reader Ian Price experienced an alarming adverse reaction to his first AstraZeneca jab he decided that he did not want to risk a second dose. However, his GP had other ideas and told him he should have Pfizer for his second dose. Despite being presented with worrying safety data from Pfizer’s own trial results, the GP would not agree to an exemption. Ian writes:

I am pro-vaccine but anti-mandate. However, I have recently discovered via correspondence from my GP that the Department of Health is not ‘following the science’ in the guidance it gives to GPs on vaccine safety.

By way of background, I declined the second vaccine following an adverse reaction to the first AstraZeneca vaccine received in March 2021. I remain partially vaccinated which means that I fall into the category of citizens described by Sir Tony Blair as “idiots”. Resenting the increasing stigmatisation of the unvaccinated, I discovered via Google search that there was such a thing as a vaccine exemption. After all, even Blair acknowledges that it is possible to have a “health reason” for not being jabbed. So I called the NHS number and had a form posted to me. I filled it in and dropped it off at my GP’s surgery.

“I’m struggling a bit with the Covid exemption form,” wrote my GP to me in a text on December 1st. “I am not sure I am comfortable with precluding you from the option of a second injection.” He was about to go away but offered a phone consultation on his return. Puzzled by his framing of the issue as being about not limiting my options, I agreed to the follow-up call.

In our long discussion on December 29th, his advice remained that I should take the Pfizer vaccine. I explained that I felt my risk from Covid was negligible and I was not convinced that it was greater than the risk from a second vaccine. He remained reluctant to issue an exemption but agreed to look into it further and come back to me. His subsequent text message read as follows: “I have re-read the guidance extensively on issuing of vaccine exemptions and unfortunately it can only be issued if there is a medical contraindication to receiving an alternate vaccine.”

He was good enough to attach a link to the guidance document from the Department of Health and Social Care. I looked at this document and found a further link to the Green Book Chapter 14a. As outlined in my letter to him below, the paragraph on the safety of the Pfizer vaccine reads as if the scientific evidence is reassuring. The paragraph cites two published papers that describe safety studies of the Pfizer vaccine: Walsh et al, 2020 and Polack et al, 2020. Both studies demonstrated very limited evidence of systemic events – “generally mild and shortlived”. Reading this paragraph, as a layman, I would conclude that there is no cause for concern. 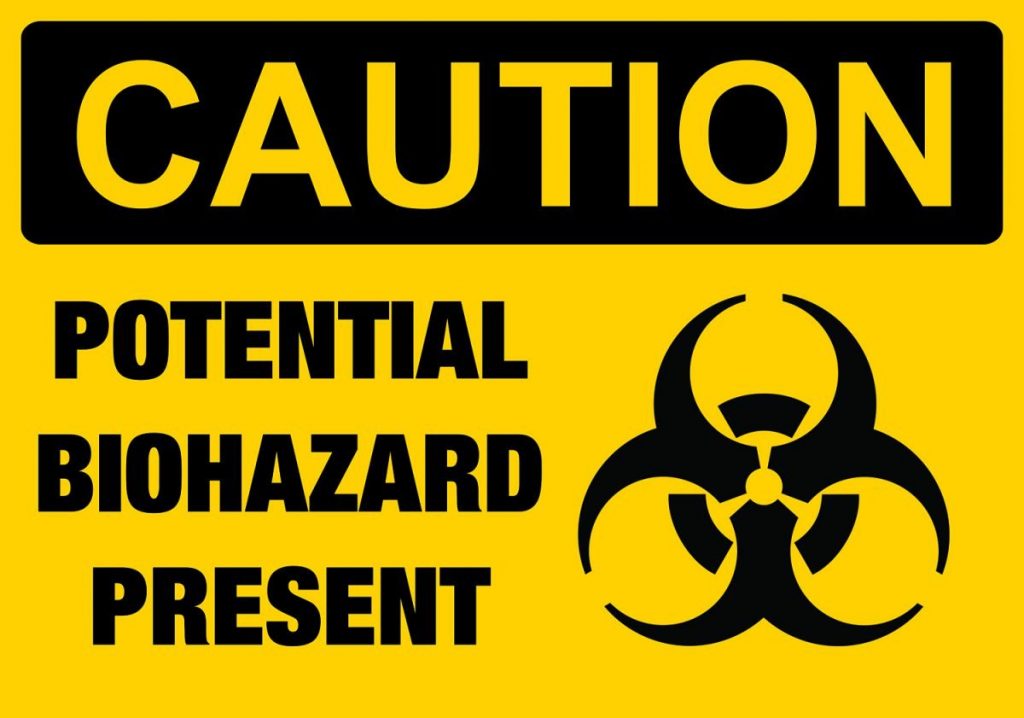 We’re publishing an original piece today by Jacinta Taylor, a freelance investigative journalist, about the aftermath of the Panorama investigation into biosecurity lapses at the Lighthouse lab in Milton Keynes, one of seven Lighthouse laboratories that processes PCR tests. Longtime readers will recall that we ran a piece about the risk of cross-contamination at this lab last November by Dr. Julian Harris, a virologist who briefly worked at the facility. He was so concerned by what he witnessed he called in the Health and Safety Executive who identified five material breaches of health and safety legislation at the lab that included inadequate health and safety training for staff and employees working too closely together. The reason this matters is because these lapses can lead to negative test samples being contaminated by positive samples, thereby leading to false positives.

Dr. Harris also complained to the DHSC, but according to him the complaint was never adequately investigated and he also expressed concern that the security breaches exposed by Panorama weren’t properly followed up, even though the DHSC issued a statement to the programme saying: “We take concerns extremely seriously and we will be fully investigating all the allegations that have been made.”

I asked Jacinta to see if she could find out what investigation had been carried out at the behest of the DHSC, who had carried it out and what the conclusions of the investigating team were. She did eventually get an answer from a senior medial relations officer at the DHSC, but it was vague and unsatisfactory.

We have done our best to follow-up the Panorama programme, but the Daily Sceptic lacks the resources to mount a proper investigation, even with readers’ generous donations. It’s a pity no mainstream media publication has pursued this story (although the Independent ran something based on Dr. Harris’s revelations last October). The governments of the four nations of the United Kingdom have relied on PCR testing data to base decisions on whether and when to lock down and nearly every MSM publication faithfully reproduces the daily positive cases from the Government’s coronavirus dashboard, so you’d think they would be a little more curious about the reliability of this data, particularly in light of the lapses flagged up by Dr. Harris and Panorama. But apparently not.

Another reason to properly investigate these failings and whether the DHSC has done anything to make sure they’ve been addressed is that vast sums of public money have been spent on building and developing these labs, which are run in partnership with private firms including the pharmaceutical giants GlaxoSmithKline and AstraZeneca.

Please do read Jacinta’s piece – and if any journalist wants to follow up this story, please get in touch.