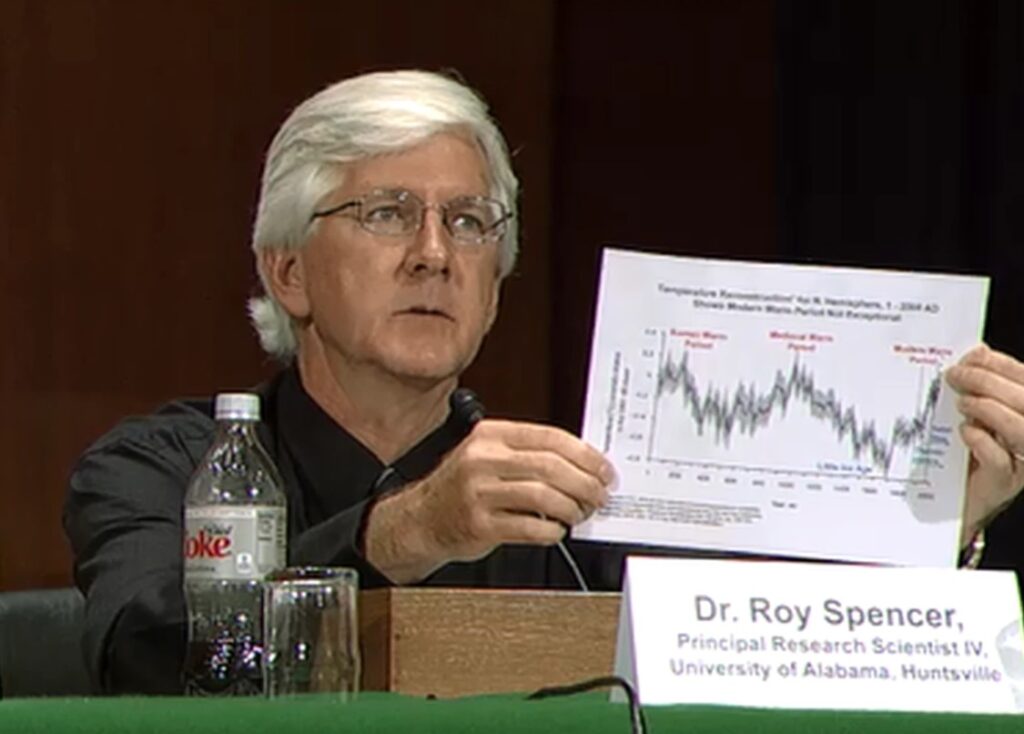 Dr. Spencer, who states that he believes most global warming “is probably due to greenhouse gas emissions” has collated data from NASA satellites for 43 years. Along with his colleague, the atmospheric scientist Professor John Christy, he has received awards for his work from NASA and the American Meteorological Society. Commenting on Google’s “unreliable and harmful claims” suggestion, Dr. Spencer notes: “This is obviously because some activists employed by Google don’t like the answer our 43-year long satellite database gives.” Google is on record as stating that it will ban all sites that are sceptical of “well established scientific consensus”.

The issue with satellite data is that it shows less global warming than the frequently quoted surface measurements. This has long been a thorn in the side of green activists promoting the Net Zero agenda with hysterical fears that the planet is heading for catastrophic heating caused by the burning of fossil fuels. But surface measurements suffer from many disadvantages, not least the effect of massive urban heat distortions caused by the growth of cities across the globe over the last 70 years. Nevertheless, the higher surface measurements are used to provide covering fire for the guesses made by climate models that forecast future warming up to 6°C. Over the last 40 years, none of these models has even provided an accurate guess.

The lack of global warming since the mid-1990s is shown by a graph produced by satellite data specialist Remote Sensing Systems. Apart from a large spike in 2016 caused by an exceptional warm El Nino natural weather oscillation, there has been no significant warming for nearly two decades. Current annual temperatures were seen in the 1980s and 90s. These two decades saw a rise in temperatures after the falls from 1940-80 and provided much of the ammunition still being used by Net Zero zealots to promote the idea of global heating and climate breakdown. Meanwhile the graph overlays the results of climate model guesses and shows clearly how they doubled-down and became more extreme as the actual temperature flatlined.