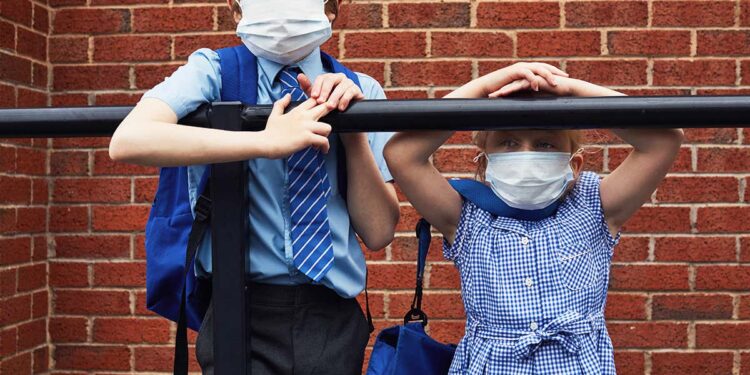 In February 2020, my last year of primary school was coming to an end. My SATs were just round the corner and end-of-year school trips were in place.

Then, one day, I walked into my class, and everybody was talking about the new virus in China. I let it go over my head at first and didn’t think anything of it because I thought it wouldn’t affect us. I think I was the only person in my class not to worry about it.

But after reports of deaths started to appear in the news, it became impossible to ignore. People panicked and started raiding the shops for essentials. It was so difficult to get your hands on a packet of toilet rolls or a tin of beans. I thought this was an over-reaction – surely, they won’t going to stop us leaving our homes? However, they did (although you were allowed to leave your home for a limited time to go to the supermarket) and from March 23rd everything was closed, including schools. I started to worry now, but I didn’t think the lockdown would last for very long.

A couple of months passed and we were still in lockdown, cases were rising, and a some of my family members caught the virus. It had been a few months since they announced that we couldn’t go out and, given that people were still catching it, lockdown obviously wasn’t working. I was under the impression that keeping us indoors was going to prevent the virus from spreading. But even the Prime Minister and the Health Secretary tested positive. I wondered how they caught it if we weren’t allowed outside, unless for exercise or going to the shops. I don’t think Boris did his own shopping and, if he did exercise, then I didn’t see him doing it with anybody else. Was this a result of another ‘bring your own booze’ party at Downing Street’?

This lockdown they put us in clearly didn’t work and I don’t know how they had the audacity to tell us where we could and couldn’t go. I couldn’t see family members for months. I used to help my mum do the weekly shop for my grandma and when I dropped it off for her I couldn’t even give her a hug. I had other family members who I didn’t see properly until early last year. What an absolute joke. Weddings were held and nobody could celebrate them properly. And funerals were affected too. I honestly don’t know what they were thinking and I hope the authorities realise the many lives they have impacted and ruined.

If you didn’t think this was enough, they put us in further lockdowns and I was again forced to endure the misnamed ‘online learning’. From a child’s point of view, this type of teaching is useless; most of the links I was sent didn’t work and I kept getting kicked out of the calls (we were using Teams). This had a huge impact on my first year of secondary school and I honestly cannot remember much of what I was ‘taught’. When schools reopened, we had to stay in the same classroom with the same people throughout the day. They did this to prevent the spread of the virus, even though at lunch and break time we were allowed to socialise with our friends. It didn’t make any sense.

Looking back at this period, I just laugh and think, “What the hell?” We all listened to a group of hypocrites who couldn’t stick to their own rules. We had three lockdowns in the space of two years and – clearly – the fact that we had more than one implies they didn’t work. I hope the government will be more wary about locking us all down again.

On July 24th 2020, Matt Hancock announced that the wearing of face coverings would be mandatory when entering a shop or a supermarket. Now, masks are supposed to prevent virus particles spreading from your mouth to another person. But most masks have gaps at the sides, which is inevitable because they’re not going to design something that makes it difficult to breathe. Hancock must have been stupid if he thought masks would ‘help’ prevent the spreading of the virus. Also, when you touch the mask to put it on, your hands will pick up any virus that’s on it. Later, if you touch your face, these germs will enter your body.

It got even worse further into the outbreak. You had to walk into a restaurant or a pub with the mask on, but when you sat down you were allowed to take it off. Who on earth would come up with an idea like that? So, basically, you were in more danger from catching it standing up than if you sat down! Standing up or sitting down, you are still inhaling the same air – I don’t think it takes a genius to work that one out.

It was equally absurd at my school. At first, they made us wear masks for the whole day, the only exception being when we were eating. But, again, when we took them off to eat we were still spreading our germs. So what was the point of putting them on at all other times? When we were in classrooms, we would get sanctioned if we took off our mask or put in isolation if we refused to put them back on. Eventually, my school changed the rules. You had to wear a mask when walking around the school, but when you were in lessons you could take it off. How does that make sense? It seems that most people actually believed that if you were sitting down you had less chance of catching the virus than if you were standing up. Clearly, somebody realised the stupidity of this idea because the school ended up scrapping masks and let us enter the premises without wearing one.

The number of masks that were manufactured during the pandemic was ridiculous. We already have problems keeping our environment free of plastic bottles and other products that endanger animals and the millions of discarded masks are just adding to the problem.

For me, the toughest guidance to follow was the rule saying we had to stay at least two metres apart. I don’t know why we listened to this. How can people tell us that we cannot hug or go near any relative or friend that we don’t live with? It was difficult to see someone you love and know you cannot hug them. Some of my family members live on their own and we couldn’t even keep them company. Do they not understand the pain that caused?

The two main men involved in the planning of these rules and guidelines were our former Prime Minister, Boris Johnson, and the ex-Health Secretary, Matt Hancock. There were more people, but these were the two who addressed the nation night after night about what we could and couldn’t do. In all their speeches, they spoke about how vital it was to follow these rules and anybody who didn’t would be fined. They must be really forgetful, or they’re just a couple of selfish hypocrites who didn’t think the restrictions applied to them. During our mask wearing, social distancing and not being able to go out, these two had the cheek to break their own rules.

So, it seems the people who make the rules think they don’t apply to them. Surely, this means I can make up a rule, expect everyone else to obey it, and then disregard it myself? That’s one of the few lessons I was taught during the pandemic that I’ll remember.

I was glad when Johnson and Hancock announced they were both resigning from their jobs.

All of this will go down in history and be taught to generations to come. Thinking back on it all now, it was a whole load of nonsense, and a child would have done a better job of being in control. Many lives have been affected and two years of my learning has been disrupted. I hope the people in charge realise what they’ve done to us and I hope nothing like this will ever happen again.

Jack Watson has a Substack newsletter called Ten Foot Tigers about being a Hull City fan. You can subscribe here.