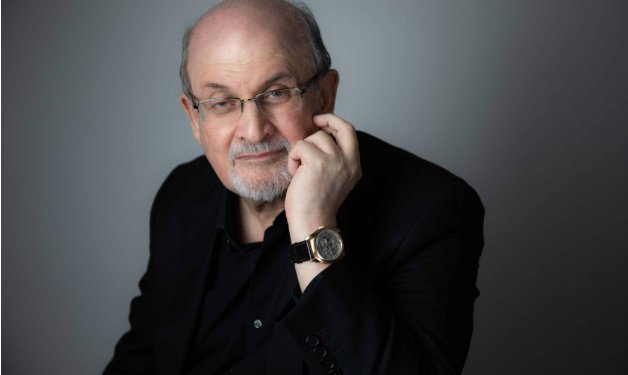 Hundreds of writers will gather to read from Salman Rushdie’s works on the steps of the New York Public Library this week in an act of defiance against the fatwa declared over The Satanic Verses. The Times has more.

The event is a recreation of a similar public reading of Rushdie’s books that was held a few days after the order to kill him was issued in 1989 by the cleric Ayatollah Khomeini, Iran’s supreme leader at the time.

The “Stand with Salman” event will be held on the steps of the New York Public Library on Friday morning. The 1989 event was attended by more than 3,000 people.

Rushdie, 75, was stabbed at an event last Friday at the Chautauqua Institution in upstate New York, where he had been due to speak about freedom of speech and how the US is a haven for persecuted writers.

The moderator of the event, who suffered a head injury during the attack, hopes to return to the venue one day to interview Rushdie again. Henry Reese, who still has severe bruising to his face, said the incident highlighted more than ever the values the novelist stands for.

Reese told the BBC: “I’m doing well, everything is proceeding — I’m doing quite well. I think our concern is for Salman, and I mean that for himself, but also what he means in the world.”

Asked what the incident meant for the importance of Rushdie’s values, Reese added: “There couldn’t be anything more vivid in its materialisation of our values. Our mission is to protect writers who are in sanctuary and to see Salman Rushdie assaulted for his life is unimaginably… it’s hard to describe what it is to see that happen in front of you.”

The event will begin at 11am ET on the corner of Fifth Avenue and 42nd Street.

Stop Press: The event is being organised by Pen America and Penguin Random House, among others, and Pen America is encouraging those who can’t be there to express solidarity in others ways: