J.K. Rowling Told “You Are Next” by Islamist Extremist After Expressing Sympathy For Rushdie 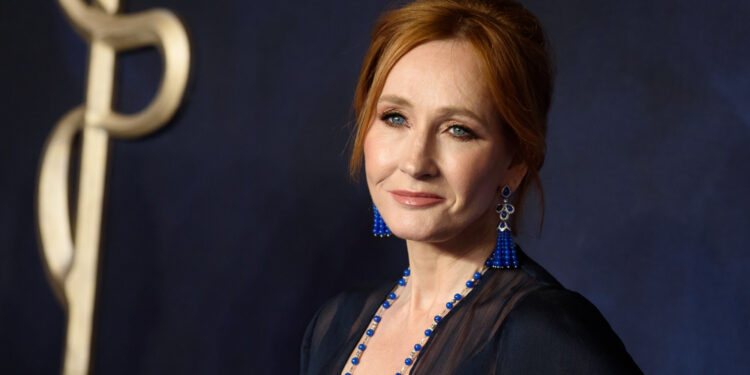 J.K. Rowling has received a death threat from an Iran-backing Islamist extremist who appears to have praised Salman Rushdie’s attacker, expressed support for Iran’s theocratic dictator and branded Israel and Ukraine “terror states”. MailOnline has more.

The Harry Potter writer and free speech campaigner – who has been pilloried by trans activists for her beliefs on gender – had expressed her horror at the sickening attempt on Rushdie’s life in upstate New York when she was issued the chilling threat on Twitter.

Meer Asif Aziz, who describes himself on Twitter as a “student, social activist, political activist and research activist” based in Karachi, has made tasteless ‘jokes’ about how to destroy Israel and branded it and Putin-savaged Ukraine – as well as Pakistan’s chief geopolitical rival India – “terrorist states”.

Aziz also appears to support the Supreme Leader of Iran, Ayatollah Ali Khamenei, who frequently rants about Israel in deranged, genocidal tweets. In one of Khamenei’s posts about the “oppressive Yazidis”, for instance, Aziz responded with a heart emoji.

And responding to another tweet from the Iranian dictator, Aziz gushed : “Dear leader your struggle for Islamic world will not be wasted until we young generation are with you.”

Aziz, who had described Rushdie’s attacker Hadi Matar, 24, as a “revolutionary Shia fighter”, then threatened: “Don’t worry you are next.”

In a bid to get Aziz booted off Twitter, Rowling this afternoon posted: “@TwitterSupport any chance of some support?” Critics have accused the social media giant of “double standards” over which accounts it chooses to kick off the site. Twitter dramatically chose to shut down Donald Trump’s account after the invasion of the U.S. Capitol by a mob wearing MAGA caps following the 2020 election – dubbed January 6th – but still allows Khamenei to make threats against Israel.

Stop Press: The man who stabbed Salman Rushdie repeatedly yesterday, Hadi Matar, has been charged with attempted murder. There can be little doubt he is a fanatical Islamist. According to DailyMail.com, the name on the driving licence he used to gain access to the event is Hassan Mughniyah, names linked with the terrorist organisation Hezbollah. The group’s current leader is named Hassan Nasralla, and one of the group’s most notorious figures was Imad Mughniyeh, who was killed in a CIA-linked assassination in Syria in 2008.

The Fall of Saint Jacinda is a Cautionary Tale